GULU–Coo Rom a Cotton ginnery, a cotton processing factory in Gulu town, has lost over 150 matrix tons of unprocessed cotton worth about Shs300 million to fire outbreak.

According to management, the fire started at about 2pm in one of the stores with a capacity of 350 matrix tons of unprocessed cotton.

Charles Oboth, the Operation Manager Gulu Agricultural Development Company, said the cause of the fire has not yet been established but they suspect it could have been caused by compulsion.

Oboth said the quick response of firefighters helped put out the fire before it caused excessive damage to the store.

He said this is the second time the factory is experiencing a fire outbreak with the first incident occuring in 2010 where the factory lost 60 matrix tons of cotton to fire.

Oboth described the incident as unfortunate because they have managed for 8 years to ensure fire does not break out at the factory through heightened vigilance.

ASP Dick Ouni, the regional fire officer Aswa river region, said by the time his team arrived at the scene, the store was in flames and covered with smoke but with support of a fire fighter from St. Mary’s Hospital Lacor, they got enough momentum to overcome the fire.

He said police are investigating the cause of the fire as per now.

Ouni advised companies with water hydrants to have them filled with water all the time. 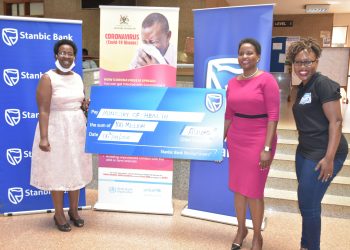