KAMPALA – President Yoweri Museveni has promoted a total of 334 army officers including the head of Militray Intelligence, Abel Kandiho, who is now a Brigadier General.

Addressing military officers at Karama on Tuesday during passout of officers that have undertook several armoured warfare courses, President Museveni said building a strong professional army was high on the national agenda.

The promotions come at a time the military is intensifying training of infantry forces and armoured warfare teams in what President Museveni said is part of NRM’s strategy to create a powerful army. 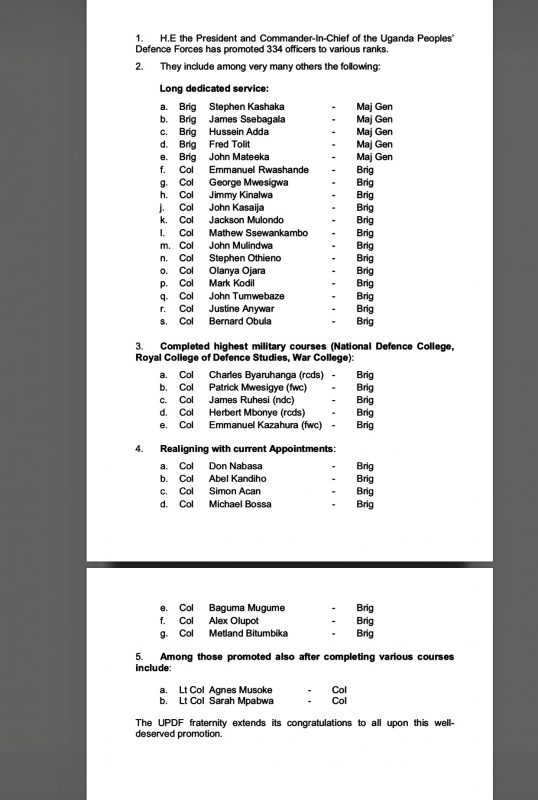