“The grave occurrences in Uganda since discussion commenced on the proposed constitutional amendment to Article 102(b) have exposed the violation by the Executive, and lack of the separation of powers and checks and balances which are critical tenets of any democracy,” reads their statement issued today.

They reminded the Speaker of Parliament, Rebecca Kadaga, that the 1995 Constitution envisages that power would never be concentrated in any single arm of government but that each would be sufficiently autonomous and yet have its powers checked.

“The events at Parliament on  September 26 and 27, 2017 where members of Special Forces Command and the police invaded Parliament to forcefully evict Parliamentarians is a repeat of the 1966 overthrow of the 1962 Constitution and replacement with the ‘pigeon hole’ Constitution,” the statement reads in part.

“All evidence points to the fact that the rape of the sanctity of Parliament was deliberately planned to intimidate the legislators to pass an amendment that favours a single individual. We thus condemn in the strongest terms possible the actions of the Executive, the military and police,” the statement adds.

They condemned Kadaga for what they called failure to follow the proper procedure laid down in the Parliamentary Rules of Procedure in suspending the members.

“We equally condemn MPs who applauded the Speaker in the subsequent sitting for such disregard of the Rules.”

They also condemned Kadaga, saying she surrendered her powers and thus exposing Parliament to the whims of the Executive arm of government.

Reacting on the lifting of the presidential age limit, the lecturers said that as citizens and law teachers, they were concerned with issue of the proposed constitutional amendment to favour a single individual.

“It is not coincidental because in 2005 when the Constitution was amended to remove presidential term limits, the sole beneficiary of that amendment was President Yoweri Museveni. Twelve years later, as the same person is approaching ineligibility to contest the position of President, the only Article that would stand in his way is transfer of power from one president to another. In order to stem this history of violent change of presidents, President Museveni, who would have been in power for 35 years in 2021, needs to set an example and hand over power peacefully to another elected president,” the law dons said.

“Every democratic and peace-loving Ugandan should not forget the history of the country. The Constitution was enacted bearing in mind that history of political turmoil and Constitutional instability. Having removed the safeguards in 2005, Uganda continues to face the danger of life presidency and the continued violent change of leadership.” 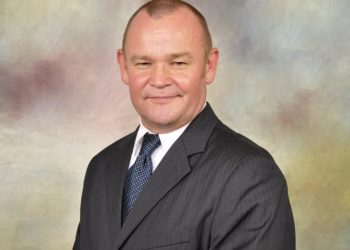