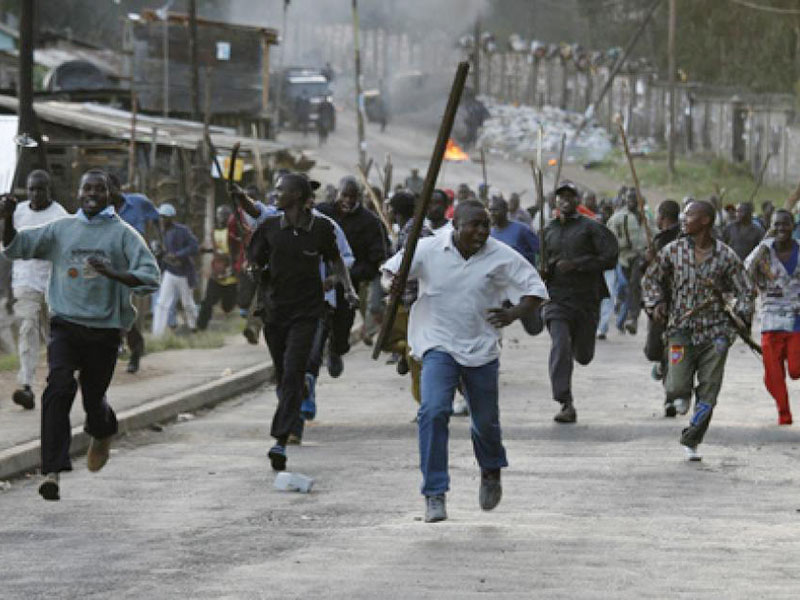 KENYA–With no clear information coming out from officials sources a section of the public have called for a statement from the Government in respect to the country’s contingency measures should Uganda be cut off from Kenya which holds general elections in a week.

The unverified position is that the country plans to pump up national fuel reserves to such capacity as to last 16 days at the least. Whether this can be done in the seven days left before Kenya decides is anybody’s guess.

A snap poll of MPs on Tuesday afternoon revealed levels of concern — which should trouble ordinary Ugandans.

Ten years ago the country was caught by surprise by the rapid break down in law and order across our eastern border as claims of vote theft stoked the fires which burnt bright into unbridled violence, leaving at least 1,100 people dead.

The adverse effects on the economy are still fresh in the minds of many Ugandans who had to endure fuel shortages and price hikes during the 2007 post-election violence in Kenya.

On account of the disputed elections, socio-economic life came to a standstill, affecting countries in the eastern Africa hinterland which are served through Kenya.

Movement of goods within and across the Kenyan borders ground to a halt as marauding youth attacked anything that moved.

Uganda relies on the Indian Ocean port of Mombasa in Kenya for the import of the majority of goods that come into the country. 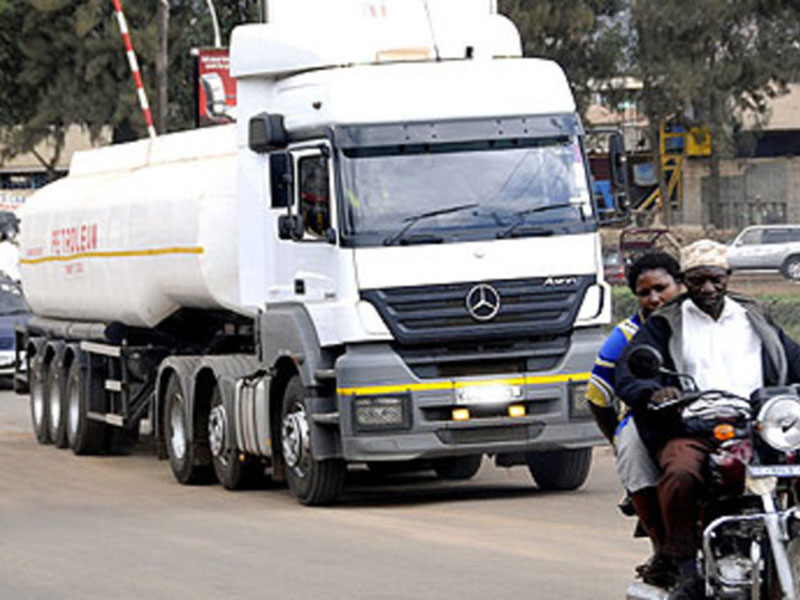 A number of ruling MPs have assured this news website that the Government has stocked enough fuel to absorb any shocks in supply which may be triggered by a repeat of the violence that rocked East Africa’s biggest economy ten years ago.

On August 8, Kenyans will be electing a president, a parliament and local politicians, including county governors.

The two main rivals for the presidency are the incumbent Uhuru Kenyatta and Raila Odinga, the country’s former prime minister, who also ran in 2013 against Kenyatta, and in 2007 against Mwai Kibaki.

Between Odinga and Uhuru camps enough bad blood has flowed already; enough to poison the environment ahead of polling day.

There are fears that isolated incidents of unexplained killings this far, including this weekend’s murder of Chris Msando (head of ICT at the electoral body of Kenya), could be precursors of something much worse.

As Uganda watches pensively, even with Rwanda, our neighbour to the southwest, voting in a more predictable and stable atmosphere this week (August 4), establishment politicians see no dark clouds overhead.

Some like Usuk County MP Peter Ogwang are confident that the fuel reserves in Jinja were stocked three months ago in anticipation of any ugly fall-out from the Kenyan election.

He also notes that private fuel companies have also all stocked up on reserves in case of any supply cuts.

“The truth is government has stocked fuel and that you can confirm from the ministry of energy officials,” Ogwang assured yesterday.

Ogwang also points at the alternative route through Tanzania to the port of Dar-es-Salaam as a contingency import route should Kenya get cut off.

His statement is corroborated by the Isingiro County MP Alex Byarugaba, who notes that the government has a contingency plan and has beefed up its fuel reserves.

Their assurances, however, run counter to what opposition MPs are lamenting over regarding Uganda’s readiness for any post-election violence in Kenya.

The Kilak North MP and shadow minister for finance says, Anthony Akol points out that there has been no evidence provided by the government to support claims of the fuel reserves buffering.

He says no hard and fast report has been laid on the floor of Parliament to this end, and demands that the government must come out to inform Ugandan’s how prepared it is for any anticipated shockwaves from Kenya.

“It is just only a week and we are going to be in problems” Akol warns.

Equally dubious of government’s preparedness is Lwemiyaga county MP Theodore Ssekikubo. Agreeing with Akol, he noted that there are no signs of any preparations by the government to put in place contingencies to counter any supply difficulties which may arise from Kenya being cut off from land-locked Uganda.

He states that the fuel reserves which the government is boasting of cannot even last two weeks.

“Usually, government is taken by surprise that’s why I am not seeing any material preparations.” Ssekikubo said.

A frightening dimension to the nightmarish situation of 2007 is introduced by Kitgum Municipality MP Beatrice Anywar – the question of profiteering.

Anywar suggests that whatever fuel is being stocked by private companies is being done in speculation of taking advantage of price hikes if Kenya goes bottoms up. Ugandans, she warned, must not rule out the possibility of being exposed to another round of debilitating fuel price exploitation.

She also raised concerns about the alternative route through Tanzania touted by Peter Ogwang.

Anywar questions why the government has not presented any statement on the viability of this route. She asks that the authorities publicly to assure Ugandans about the possibility of this option.

“How sure are we that we have enough good friendship that they will just accept us in case we are turning to them wholesale?” Anywar ventures.

The scepticism towards the Tanzania route is shared by Aswa County MP Reagan Okumu who notes that this is not something that can be resorted to overnight. He says that this route option should have been properly assessed and a plan for use drawn up months ago.

He also warns the government against taking sides in any political dispute that may erupt over the elections in Kenya. This, he stresses, will provoke retaliatory attacks on Uganda goods and businesses as was the case in the 2007 post-election violence.

“The other side that did not agree with us were happily hitting the goods that were being transported to Uganda … the best thing the government can do now is to desist from taking sides in the Kenyan general election.” 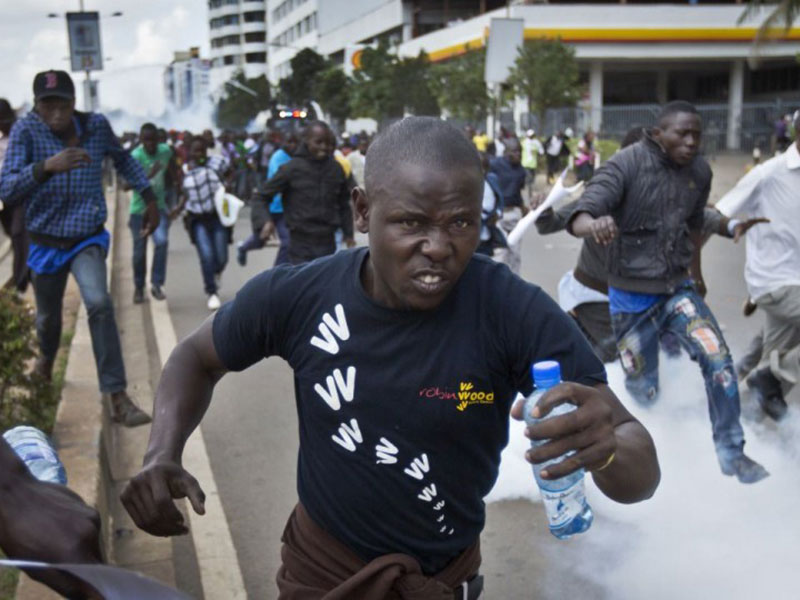 There is rising political tension in Kenya as the election approaches. The latest incident to send political shivers throughout the country was the murder this week of the Independent Electoral and Boundaries Commission (IEBC) ICT manager Musando.

Musando went missing on Friday last week. His body was found on Monday. He appeared to have been tortured by whoever brutally murdered him and the lady who was in his company when he was last seen on Friday. Kenyan media report that one of his arms had been cut off. The lady’s body also reportedly bore torture marks.

Odinga has joined fellow Kenyans demanding for immediate answers about this killing, warning that Msando’s murderers sought to “drive a dagger in Kenya’s democracy” ahead of voting day.

Neither this nor the earlier day-long siege and shooting incident which left a lone assailant and police guard dead at home of Kenya’s vice president William Ruto, however, are enough signs of dread for Alex Byaruhanga.

The Isingiro South MP dismissed reports of any political tension in the run-up to the election as “political excitement” that happens in any country, including the USA.

“In Uganda you saw when we were going through that gruelling election no one ran away from the country except maybe those who are cowards,” was his matter-of-fact conclusion when interviewed for this article.

This is a view at great odds with what people like Kitgum Municipality MP Anywar believe, says Uganda should expect an influx of asylum seekers from Kenya as a matter of certainty.

“I’m sure if you went to Kenya now you will find very few Indians, why? Because they have either taken refuge here or gone somewhere else,” she remarked.

It is seven days… we wait.