Ssemogerere, who served in Museveni’s government from 1986 to 1995, said such a constitutional amendment is “dangerous for the future of Uganda.”

The DP stalwart and retired politician was speaking in an interview with Buganda’s television station, BBS TV. His warnings of the grave dangers which lie ahead find common cause in the groundswell of growing public opposition to attempts to keep Museveni in power beyond 2021.

In 2021, Museveni would be older than the 75-year maximum age limit for one to be president in Uganda under current law.

Ssemogerere declared that it is in everybody’s best interest for the Ugandan president to retire and live a good life like all other leaders that have left power peacefully.

Like many others who are vigorously campaigning against the lifting of the presidential age limit, the DP leading light will have had viewers of the show troubled with his conclusion that Uganda could end up like Libya or Egypt.

Both countries have been plunged into deadly civil strife, with Libya, in effect, becoming ungovernable after popular uprisings forced their strongmen leaders out office in very violent revolutions.

“I was a DP president but even when I could contest again, I retired. The consequences of overstaying in power are always dire,” he said.

“And he should be very mindful of those advising him to amend the Constitution to remove the presidential age limit. Looking at the history of Uganda, you will realise that [former two-time president Apollo Milton] Obote wasn’t overthrown by outsiders; they were his close friends. They were the same people who had been supporting him. So he (Museveni) should be very careful of those advising him to pursue such an agenda.”

Ssemogerere’s counsel is just the kind of advice that a raft of several former Museveni advisers and colleagues in the NRM government, anxious about Uganda’s future stability, are dishing out.

Last week, Museveni’s senior advisor on the media, John Nagenda, gave an interview to NTV Uganda in which he pleaded with the President to quickly abandon any idea of removing the age limit in order to run for re-election in 2021.

Long known to be a regime insider at the highest levels, Nagenda is widely said to have been the architect of the 1996 Museveni campaign which published adverts bearing graphic images of human skulls recovered after the war in Luwero.

Nagenda used the skull adverts to scare voters that handing the country to DP could see the return of past bad leaders. Today, he warns that Uganda risks, among other perils, being plunged into a vicious internecine contest to replace Museveni if he suddenly dies without peacefully passing on the mantle of leadership. 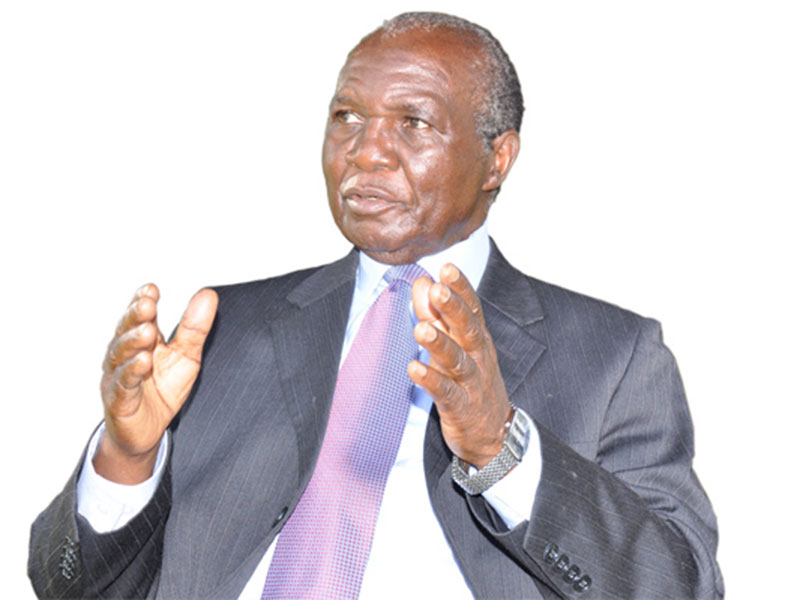 On the possibility of Museveni fronting his son Gen Muhoozi Kainerugaba as his successor, Ssemogerere said democracy is not a monarchy where a son takes over from a father.

Ssemogerere was the leader of DP for 25 years and one of the main players in Ugandan politics until his retirement in 2005.

He served in almost all governments, having been member of the Uganda Legislative Council in 1961 and later MP for North Mengo Constituency.

In 1972, he replaced Benedicto Kiwanuka as the leader of DP having previously served as his parliamentary secretary.

Following the 1971 coup, Ssemogerere was in exile until 1979, when he returned as Minister of Labour.

Ssemogerere together with Museveni contested in the disputed 1980 general elections which were won by Milton Obote’s Uganda Peoples Congress.

He then became the leader of the parliamentary opposition from 1981–85.

He was appointed Internal Affairs minister during the Presidency of Tito Okello (1985–86). After Museveni took over Kampala in January 1986, Ssemogerere was back in Cabinet, serving as Minister for Internal Affairs (1986–88), Foreign Affairs (1988–94) and Public Service (1994–95) and at the same time held the post of Deputy Prime Minister (from 1986).

He resigned from his government posts in June 1995 because he was the presidential candidate for the mainstream opposition, but he lost to Museveni.

Meanwhile, one of the proponents of the removal of the presidential age limit, Kassanda South MP, Simeo Nsubuga was yesterday roughed-up during celebrations to mark the 24th anniversary of the coronation of the king of Buganda held in Buwekula, Mubende District.

One Ntege grabbed him by the scruff of the neck and tried to stop him from getting to meet the Buganda cultural leader, saying that what the MP is advocating will only bring trouble in the kingdom yet Baganda has suffered during all wars that have been over the country’s politics.