In simple terms, CLD is the process of working together with both women and men to create and achieve locally owned visions and goals.

The Hunger Project Uganda (THP-U) is a strategic non-profit international NGO founded in 1977 with its Headquarters in New York and it works in 22 countries around the world. In 1999, the organization started operations in Uganda and currently covers nine districts of Mpigi, Butambala, Wakiso, Kiboga, Kyankwazi, Mbarara, Kiruhura, Iganga, Mbale and  Nwoya.

A world where every woman, man, and child leads a healthy, fulfilling life of self-reliance and dignity

To end hunger and poverty by pioneering sustainable, grassroots, women-centered strategies and advocating for their widespread adoption in countries throughout the world.

While adapted to meet local challenges and opportunities wherever we work, all our programs have at their foundation three essential pillars

It is 25 years of the 1995 Constitution, what do you make of the milestones achieved in women empowerment in Uganda this far?

Thank you, like you rightly said 2020 marks 25 years since the promulgation of the 1995 Constitution but also 10 years of implementing the National Development Plans. This year IWD comes at a point where various stakeholders including The Hunger Project Uganda (THP-U) and Community-Led Development (CLD) Uganda chapter has just provided input into the National Development Plan 111 as coordinated by the National Planning Authority. I must commend the framers of the 1995 Constitution of Uganda which has indeed guided the national agenda on women’s human rights. Globally, commemorating 2020 IWD also marks a milestone moment for accelerating the implementation of global commitments to gender equality. It will be the 25th anniversary of the Fourth World Conference on Women and the adoption of its landmark outcome, the Beijing Declaration, and Platform for Action, a visionary agenda that set out how to remove the systemic barriers that hold women back from equal participation in all areas of life, whether in public or private. 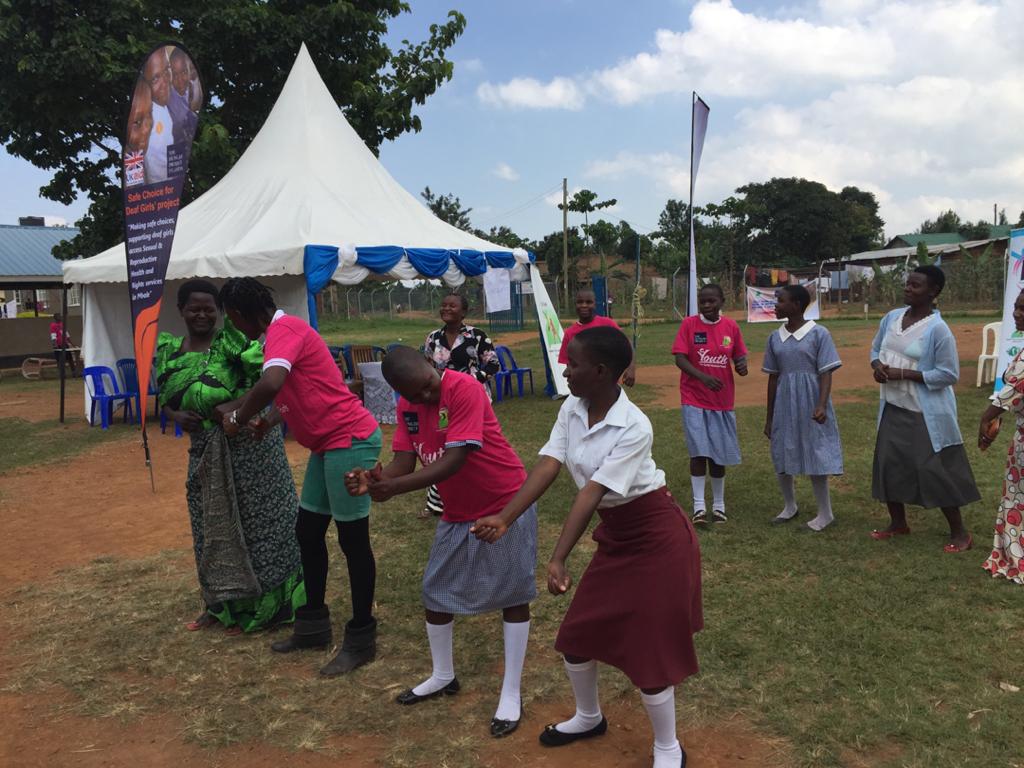 As a country, we have made considerable progress in incorporating the principles and provisions of global and regional commitments on women’s human rights in national legal and policy frameworks as well as setting up the institutional mechanisms to facilitate implementation across sectors. We are seeing increased enrollment of girls in primary schools, much more girls are completing tertiary education, more women have embraced farming, and there are growing businesswomen entrepreneurs in the country which is a positive trend.

What do you have to say about the country’s footing when it comes to gender equality in the efforts of social development?

Although women constitute 51% of the total population; the gender development index value is 0.878, which reflects human development in favor of the male. More needs to be done in supporting women access better-paid jobs in the labor market to wave off the wage divide. Current statistics show the average income of male household heads is much higher than female household heads. Currently, THP-U is operating 8 SACCOs spread across 10 Districts, The chairpersons of all these SACCOs are women, The Managers of all these SACCOs are women and 60% of the membership are women, women in our epicenters can now borrow without collateral because of the solidarity group methodology used in these SACCOs, Women are able to save their income without incurring costs on their savings. Through entrepreneurial and financial literacy pieces of training, women now have enhanced abilities to start and run their business enterprises this has improved their incomes and changed their quality of life. And as you know, when women have an income, they can support their children access education, they will access healthcare, they will provide a nutritious meal to their family and those are very key determinants for social development.

Since you started work, how do you gauge women’s participation in addressing issues of food security and what more can be done?

One THP-U key thematic program is addressing Nutrition and Food security. For the last 20 years, THP-U has operated in Uganda, we have made significant investments in ensuring women are food secure and are the food basket for their families. THP-U operates a Gender Focused Community-Led Development (GFCLD) approach called the Epicenter Strategy. Communities led by women, draw their collective vision, make commitments and actions to end their own hunger and poverty.  The Epicenters also operate food banks which are a key post-harvest handling mechanism geared to words improving the quality of products and also work as a storage facility to stock and sell when the prices are good. The Epicenters also have demonstration gardens were women pick the best agricultural practices and technologies and replicate them in their own gardens. Literally, THP has positioned women at the center of the food production system to address issues of nutrition and food security.

How far do you think Uganda has gone in helping women appreciate their reproductive rights and responsibilities?

Since 2016 with funding from the Dutch government THP-U has implemented Her Choice project that seeks to create child-marriage free communities in 7 Districts including Mbale. Through this project, we have learnt of the need for the Government to invest more resources in providing SRHR services especially to underserved communities like persons with disabilities. THP- U is also implementing another SRHR project, Safe Choices for deaf girls in Mbale with funding from DFID through Small Charities Challenge Fund (SCCF). Through this project, we have protected deaf girls from early pregnancy and early marriage by empowering them to make safe choices around their SRHR issues.

What in your opinion is the best strategy for creating sustainable development for both men and women in Uganda?

I think the future lies in investing and prioritizing community-led development initiatives. Actually in 2015, when the global community adopted SDGs as a new development agenda in New York where Uganda is also a signatory, a number of CSO actors including THP formed Community-Led Development (CLD) movement. The purpose was to create a space for women and men to play a catalytic role to transform the paradigm of development by mobilizing & empowering communities to take charge of their own development.

In simple terms, CLD is the process of working together with both women and men to create and achieve locally owned visions and goals.

It is a planning and development approach that’s based on a set of core principles that sets collective vision and priorities by both men and women without any gender biases as people who live in that geographic community, it puts local voices in the lead, build on local strengths and works to achieve systemic change rather than short-term projects. That way, you can attain sustainable development for both men and women. 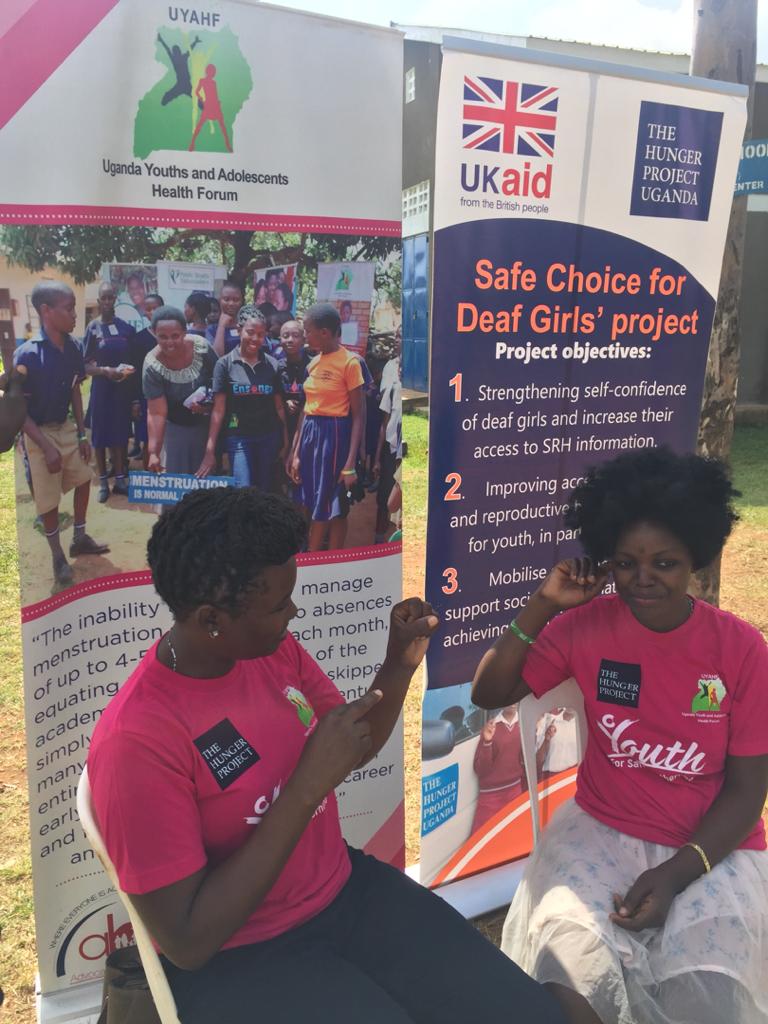 In Uganda, CLD chapter was launched in 2017 and currently, we have a membership of over 45 CSO partners. In February 2020 we sat together and come up with recommendations to the National Planning Authority that we hope will be included in the final National Development Plan111. We are asking the government to have a concrete strategy for community mobilization and mindset change that places both men and women as equal and active players in the development process of their households, their communities and their country Uganda without challenges of gender prejudices, cultural or traditional harmful practices that could be detrimental to both men and women

I congratulate people of Mbale for hosting this memorable event, all girls and women of this country who have worked very hard to create a difference in the lives of the girl child and women generally and also the men who have been our allies in this struggle. Let us use this event to reflect further on what more each of us can do to make our communities safe for everyone, to spread opportunities for growth and development to both men and women without any gender biases.