KAMPALA — When the Union Jack was lowered on 9th October 1962 and the proud Ugandan flag raised for the first time, Information Communications Technology (ICT) as we know it was only taking shape worldwide.

It is seven years Later in 1969 that the first workable prototype of networked computers transmitted data, in effect, officially giving birth to the internet and opening the up the idea to further development. In 1973 the revolutionary mobile phone was invented. It is only as recent as the 1990s that the worldwide web was born popularizing the internet as we know it. In the same decade search engines such as Yahoo and Google were launched.

These innovations and many more have shaped the world of ICT in ways that were hard to imagine jut few years before our independence. In Uganda, because of our tumultuous post-independence history and the apparent bottlenecks faced by many developing countries, we took long to harness the opportunities which ICT presents in transforming lives.

Ugandans celebrating independence day in 2020 should be immensely proud of the strides we have taken as a country in growing a vibrant and productive ICT sector in the last few decades. The first mobile Telephone service started in Uganda as recently as 1994, yet as we speak Ugandans from all corners of the country can receive e-Government services and other conveniences through their mobile phones. 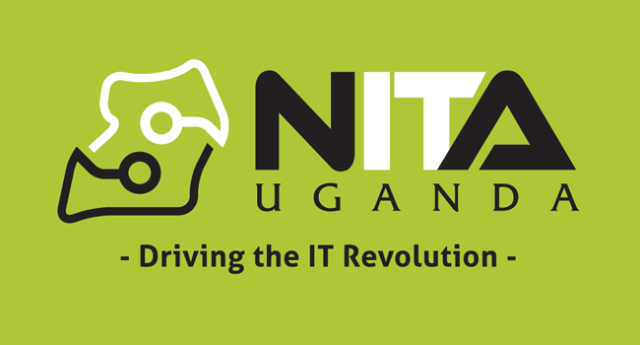 The Government boasts of the largest and most stable optical fiber cable, the National Data Transmission Backbone Infrastructure (NBI) with presence in over 49 districts.

The Online Services Index is a component of the E-Government Development Index(EGDI) which is a composite indicator measuring the use of ICTs by governments in delivering public services at the national level. It examines how digital technologies and innovations are impacting the public sector and changing people’s everyday lives.

The growth of our ICT sector has been deliberate and systematic with the National Information Technology Authority (NITA-U) under the Ministry of ICT and National Guidance at its helm. As we celebrate independence day 2020 under the theme; Celebrating Uganda’s Steady Progress towards economic takeoff and Self-sustaining Growth, it is worth noting that there is more progress to be celebrated.

Last year in May 2019, H.E President Yoweri Museveni launched Phase Four of the National Backbone Infrastructure (NBI) to connect the internet to the West Nile and Karamoja regions, and to new border points of Oraba, Vurra and Mpondwe. The NBI was extended the to Pakwach, Nebbi, Arua, Yumbe, Koboko and Adjumani, Katakwi and Moroto plus the boarder points of Oraba, Vurra and Mpondwe.

With phase IV complete, The National Backbone Infrastructure (NBI) has been extended to cover 4000 Kilometers across 49 districts connecting 609 Government offices. NITA-U has established and is overseeing a 24*7 NOC (Networks Operation Centre) which ensures service availability and uptime of 99.9%.

Uganda is now a fully-fledged communications hub with the seven major border posts of Uganda with its neighboring countries all connected to the NBI further strengthening regional ties. This has facilitated regional integration, cooperation, communication, and trade with neighboring countries.
NITA-U is providing the cheapest internet at a cost of USD 70 per Mbps per month, this translates to a 70% cheaper offering than what other providers in the Ugandan market provide. NITA-U’s internet pricing is competitive to a magnitude of being 56% cheaper when benchmarked against the regional pricing, i.e. USD 70 per Mbps, NITA-U price, vs USD 158 per Mbps, regional average.

700 more sites to be connected
Government of Uganda has kicked off the Last Mile Connectivity Project aimed at further expanding the coverage of the NBI/EGI through laying of approximately 732Km of fiber optic cable and connecting an additional 700sites to the NBI across 58 districts. Additional 300 public Wi-Fi Hotspots will be spread across the country.

The Last Mile project that will connect 700 Government offices to the NBI has kicked off Under Last Mile, the NBI will achieve its full potential through connecting end users across the country to the NBI in order for them to access to high quality, low cost internet. The Project will bring public services closer to the Citizens through internet connectivity sites which include but are not limited to Local Governments, hospitals, schools, universities, among others.
Uganda starts Exporting phones.

On 22nd June 2019, H.E President Yoweri Kaguta Museveni opened Uganda’s first ICT manufacturing and assembling factory. At its launch it was proclaimed that Ugandans and the rest of Africa would finally be able to buy and own Mobile phones and Computers with the proud Made in Uganda Logo.

In May, the first ever international order for Ugandan made mobile phones was filled and 18,000 phones were flagged of to Morocco. Hungary, Democratic Republic of Congo, kenya, Sudan and Tanzania are also exporters. This is a big step towards reducing Uganda’s import bill on ICT products and boosting export earnings The Factory is currently employing 200 youths and the plan is to employ 2000 in the next five years.

Cloud based National Data center
Digitization which is at the core of Social & Economic Transformation creates data. That data needs to be stored and secured efficiently. As opposed to international data hosting which was the norm, the Government of Uganda set up the first Tier 3 data centre in Uganda to provide centralized Data Centre hosting services.

This data centre has the ability to host all Government data as opposed to each entity hosting its own data which is an expensive and insecure way to go. With this data centre, all the operational costs including power, cooling, security, maintenance and license costs are centralized. This center has led to annual savings to Government of up UGX. 10Billion annually in costs that’s individual agencies would have used to build and maintain their own data centers.

Unified Messaging across Government
Government of Uganda through NITA-U has implemented a Unified Messaging and Collaboration system (UMCS) in MDAs and Local Governments (LGs) to improve communication and service delivery within Government. There is no longer need to have several isolated applications to handle tasks like mail, instant messaging, intranet or HR needs. UMCS offers a solution to Communicate with All Stakeholders Instantly. It has now been Rolled out in 55 entities so far with 13,000 users as of September 2020

Electronic Payments
NITA-U and The Ministry of Finance, Planning & Economic Development have rolled out e-PAY, an electronic payment gateway that enables online payments for all public services as well be utilized by interested private sector business enterprises to receive payments for their supplies, in a bid to promote e-Commerce and financial inclusion in Uganda.

Recently for example, the Office of the Prime Minister unveiled a citizen fundraising platform developed by NITA-U aimed at mobilizing resources and funds to boost the coronavirus fight in the country using this very SMS gateway

By the end of the FY2019/20 the subscribers of MTN and Airtel can now receive SMS messages through the SMS Gateway with the short code 6120 and sender ID “NITA”. The Subscribers can also access Government services through *260#. The SMS gateway was rolled out in ten (10) Government entities. And a cumulative total of 2,051,587 SMSs had so far been pushed through the SMS gateway from these entities by the end of the year.

Government of Uganda has kicked off the integration systems so that data can seamlessly be shared across Government systems in a rational, secure, efficient and sustainable manner in order to improve service delivery to citizens as well as reporting, planning and decision making in Government. Assessment of integration needs of MDAS as well as data collection is underway.

The eGovernment procurement system (eGP) is an initiative of government to leverage ICT to promote efficiency, transparency and accountability in public procurement. eGP is a web-based system that will support the full public procurement lifecycle. The System was rolled out in July 2020 and is currently being piloted in Ten (10) Entities (PDEs).
Education

The progressive reduction in the cost of internet has greatly contributed to the increase in distribution of electronic content among public universities, the Research and Educations Network of Uganda (RENU) is currently utilizing the NBI to transport educational content to the public Universities (Gulu University, Makerere University, Uganda Management Institute, Makerere University Business School, Busitema University and Mbarara University).

Various innovation and incubation hubs such Camtech, Makerere incubation and innovation centre etc. are also benefiting from this internet bandwidth and have established a cumulative average of 150 start-ups resulting into 750 jobs by end of 17/18.

Together with UNICEF and NCDC, NITA-U provided a free digital learning tool (Kolibir) to keep children learning from the comfort of their homes in the wake of the COVID-19.

NITA-U has established a conducive legal and regulatory environment to support the uptake of ICT and e-government services in Uganda. Last year, H.E President Yoweri Museveni signed the Data Protection and Privacy Bill into law. The Data Protection and Privacy Bill will operationalize Article 27 (2) of the 1995 Constitution for the Republic of Uganda which protects the right to privacy. The law, which expands the mandate of the National Information Authority Uganda (NITA-U) protects the privacy of the individual and of personal data by regulating the collection and processing of personal information.

China on new journey for high-level reform, opening up

The ‘M’ at the Independence monument: A tool to market Kampala for the MTV Africa Awards

The US to consider serious actions for military, police officials responsible for Uganda’s election-related violence!