The Newsweek was eventful, with 2021 Presidential hopeful Bobi Wine sending a warning signal to politicians rushing to use his People Power outfit for selfish ends, Tension emerged in West Lango Diocese following anonymous leaflets, indicating that the Bishop-elect, the Rev. Venerable Julius Ceaser Nina, is not welcome in the area, the Bank of Uganda was back in the news with the currency scandal while KCCA FC in-form forward Allan Okello was included in the Uganda Cranes team that will take on Kenya this Sunday. 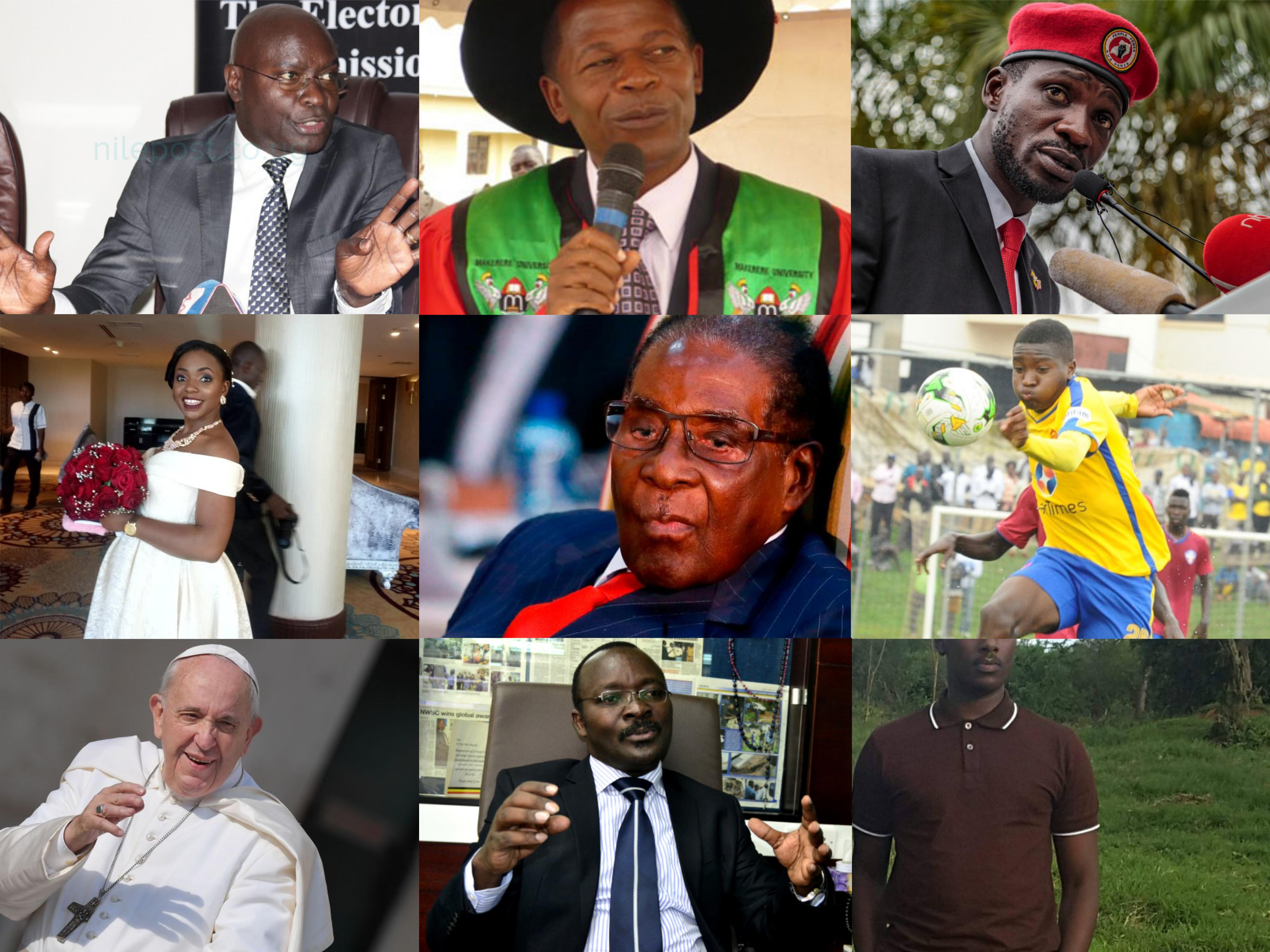 Kyadondo East MP Robert Kyagulanyi aka Bobi Wine lashed out at politicians from other political parties who are using the platform of his People Power movement gain mileage.

While launching the red beret campaign at Kamwokya in Kampala on Sunday 1, a tough-talking Bobi Wine said he is tired of political hypocrites whom he said joined the people power movement to promote their own political parties and political careers.

Bobi Wine’s remarks amidst attacks from DP president Norbert Mao who described people power as just a group of people following a celebrity.  Recently, NRM rebel MP Barnabas Tinkasimire openly stated that he was still a staunch NRM leader and would even stand on NRM ticket in any future election, although he is the coordinator of People Power for greater Bunyoro.

After reciting the Angelus in St Peter’s Square on Sunday, Sept. 1, Pope Francis announced a consistory to be held on 5 October for the nomination of the new Cardinals.

He said that the places where these new Cardinals come from express the missionary vocation of the Church as she continues to announce the merciful love of God to every person on earth. After reading their names, the Pope asked everyone to pray for the new Cardinals so that, confirming their adhesion to Christ, they might help in his ministry as Bishop of Rome for the good of all the faithful Holy People of God.

The training that ran from 2-6th September 2019, aimed at enhancing effectiveness in performance and personal growth among Ministry of Defence and Veteran Affairs (MODVA)/UPDF Communication Officers and media staff.

The Minister of Education and Sports, Ms Janet Museveni, appointed Dr. Eng. Silver Mugisha as the new Board Chairperson of the Uganda Business and Technical Examinations Board (UBTEB) for a period of three years.

He will lead a team of 15 Board members in line with the Statutory Instrument 2009 No.9 that established UBTEB.

Dr. Eng. Mugisha, who is the Managing Director of National Water and Sewerage Corporation (NWSC), takes over from Prof. Venansius Baryamureeba who has been the Board chairperson.

Also in the week, Mbarara High Court rescinded its earlier order calling for the auctioning of land on which Kabagarame pork market sits amid pressure from Bushenyi District residents and leaders.

The government on Tuesday, September 3 released the list of the names of undergraduate students who were selected to acquire financial support under the higher education students’ loan scheme.

The State Minister for Higher Education, Hon. Dr. JC Miyingo released the list of the beneficiaries of the scheme at the government media Centre in Kampala.

Tension emerged in West Lango Diocese following anonymous leaflets pinned around Aduku Town Council, indicating that the Bishop-elect, the Rev Venerable Julius Ceaser Nina, is not welcome in the area.

The leaflets, which were found pinned on trees and walls on Monday, had words claiming that Bishop Nina is not welcome in Lango Diocese on grounds that he never served in any part of Lango other than Bunyoro -Kitara and therefore they are not sure if he will be a good shepherd.

Bishop Nina takes over from Bishop Alfred Acur who has clocked the retirement age of 65.

Rev. Canon Richard Ogwang Odyero, the chairperson laity of West Lango Diocese, described the letter as “unfortunate” and regrettable and says they will cause investigations to establish the motives of the authors.

The letter sealed in a brown envelope containing two live pistol bullets was discovered by a guard who was withdrawing from duty on Monday, September 2 morning, outside the gate that leads to the Resident State Attorney’s office.

EC targets 900 voters per polling station ahead of 2021 elections

The Electoral Commission Chairperson Justice Byabakama Simon released guidelines for the reorganisation of polling stations in preparation for the 2021 general elections.

According to the August 19 document, polling stations with a voter population of more than 900 voters or 1200 in Kampala and Wakiso shall be split into two or more polling stations.

Security agencies interrogated a city girl in connection with the kidnap and murder of Maria Nagirinya and her driver Ronald Kitayimbwa last week.

Fortune Mugisha Ayebare was reported missing on Tuesday night from Kireka but police have said that she was arrested after it emerged she was among the last people seen with Nagirinya shortly before she was killed.

Nagirinya and Kitayimbwa were kidnapped by men in Lungujja, Rubaga Division in Kampala City on the night of August 28. The suspects later abandoned their victim’s car and dumped their bodies in Mukono District.

Senior security sources  told this website that the joint investigation team of Chieftaincy of Military Intelligence (CMI), Internal Security Organisation and Criminal Investigations Directorate (CID) are interrogating her in connection with the murder.

The Directorate of Criminal Investigations is actively investigating a car shooting which occurred on September 6, at around 10:30 pm at Nambigirwa Bridge, along the Kampala Entebbe Express Highway.

The incident claimed the lives of two victims, who were occupants in a Black Toyota Land Cruiser under Reg.no.UAW 534B.

According to the Police spokesperson CP Fred Ennnaga, the first victim has been identified as Nteyireho Ruhegyera Joshua, a 38-year-old male, who was found lying dead outside the car, towards the rear; with gunshot wounds and an AK47 gun was found lying along his side his body.

CP Ennanga further noted that the two bodies were retrieved and transported to Mulago City Mortuary for post mortem examination to establish the cause of death.

The former Zimbabwe strongman died in Singapore where he was receiving treatment since April.

KCCA FC in-form forward Allan Okello was included in the Uganda Cranes team that will take on Kenya this Sunday.

Uganda is set to play an international friendly with the Harambe Stars at the Moi International Stadium and Okello who has scored 9 goals in his last 10 outings for his club side is part of a squad of 25 players that were summoned by interim head coach Abdallah Mubiru.

The squad which was announced on Monday features 13 players who were part of the Cranes team that reaches the last 16 of the Africa Cup of Nations 2019.

After a while on the sidelines, Uganda Cranes left back Godfrey Walusimbi finally found a club.

Walusimbi who last played club football last year is understood to have secured a move to Albanian side KF Vllaznia.

He has a signed a one-year employment contract and will feature for Vllaznia in the 2019/20 season.

His move was confirmed by the Albanian side via their official website.