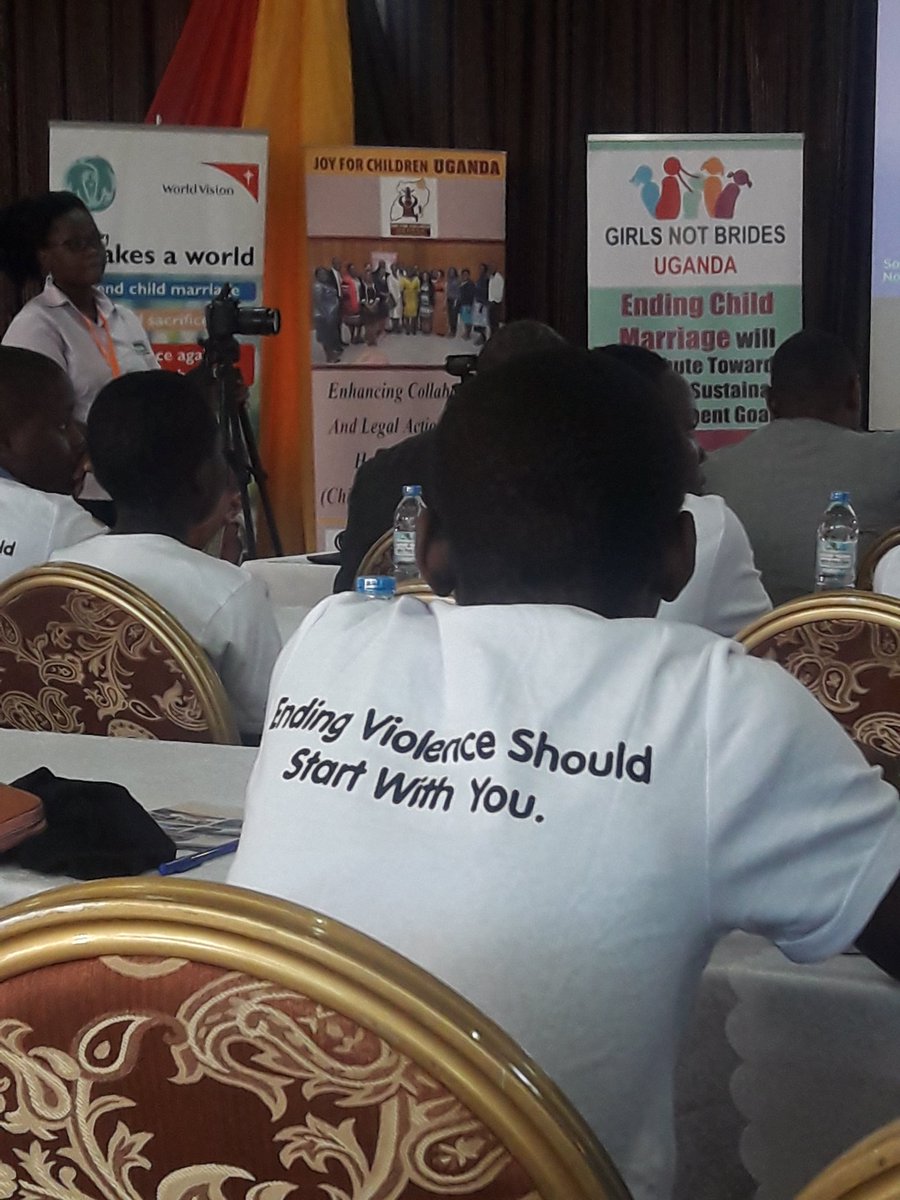 Fighting teenage pregnancy, early childbearing, and talking about sexual and reproductive health has never been easy, especially in the conservative corners of Uganda.

But Trailblazer mentoring Foundation, Uganda (TMF), a Civil Society Organisation (CSO) has found a way to address the high rate of teenage pregnancy and early childbearing in eastern and northern Uganda.

As a result, many drop out; secondary school enrolment rates are also lower among girls than boys.

In the eastern districts, according to TMF Uganda, child marriage and early childbearing remain common despite legislation against the practice.

Hundreds of young girls are flocking the streets of Moroto municipality for commercial sex to earn a living. The majority of the commercial sex workers dropped out of school due to unwanted pregnancies.

They resorted to commercial sex after going through hard times at the hands of their boyfriends, the fathers of their children. They parade themselves on the streets to earn some money to support their children.

On Wednesdays, Fridays, and weekends, several girls from camp Swahili, Labour-line, Kakoliye, and other parts of Moroto town spend the nights moving from one club to another hunting for men.

On the other days, they stay in strategic places like the busy suburbs of South Division, waiting for officials attending workshops and businessmen including Kenyan traders in town.

In most parts of Uganda, parents often fail to discuss sexuality and health-related issues with their children, and, at school, “we as girls with special needs face numerous challenges when faced with sexual violence, for example, a person like me cannot scream when raped and men take advantage of that,” said a girl at Girls summit Uganda organized by a number of NGOs and TMF Uganda on Friday, November 30.

In the lead-up to the fight against teenage pregnancies and early childbearing, TMF Uganda, and partners are training a number of teachers and village councilors in prone regions on the issue of teenage pregnancy, including factors such as child marriage, and solutions like access to age-appropriate information and sexual and reproductive health care.

The teachers and the councilors are also taught the impact of teenage pregnancy on individual girls and on the country’s socio-economic development.

The teachers then work with students to incorporate this information into music, art, and dramas for the annual festival.

Ms. Agnes Nabachwa, communication for development officer at TMF Uganda also in charge of eastern Uganda especially Kamauli, Iganga, and other nearby districts says the organization supports school clubs with some money to start income-generating activities.

She says the projects help students who also work with club patrons to earn some money that they can use to buy books and help them stay in schools.

During the National Girls Summit Uganda, attended by a number of girls from different schools including those in the upcountry, girls said that discussing critical issues of child marriage could reduce insurance around the world.

Across Africa, 125 million girls and women alive today were married before 18 years.

Officials attribute the practice to negative cultural norms and practices that they say perpetuate child marriage and early childbearing.

Nabachwa says the practice is deeply embedded in the fabric of communities, and changing such normative tendencies and practices is a gradual process that requires constant reinforcement of the message for transformation.

“The extreme poverty and cultural practices in Eastern parts of Uganda [Kamuli, Iganga, and others] have greatly impacted on the children learning,” she said adding that the practice is a serious issue to the country.

Nabachwa says that they have now resorted to skilling the adolescents in schools so that they don’t have to depend on anyone at any particular time.

“We teach them to get income-generating activities,” she explained adding that she is very opportunistic with the efforts put her organizations and partners, the vice will reduce.

She says for about four years since they launched operations against teenage pregnancy, they have registered some progress.

“There’s change, but as you know it is a gradual process. You can’t just change them in one day or a year. It is a practice that is embedded in them. But at least there’s a change, girls are attending to schools,” Ms. Nabachwa said.

However, Uganda, like many other sub-Saharan African countries, faces major challenges in building up its education system especially schools in many rural districts.

Civil society organizations say child marriage is also perpetuated by the absence of secondary schools in rural areas forcing girls not to look beyond primary and O’level.

“We have no A-Level schools in Buyende,” a girl child said at the summit on Friday adding that students don’t look beyond O-Level and end up getting married.

“In my district Buyende, Child Marriage is the order of the day and has been made normal, this is worrying for us the girls,” another girl said.

Mr. Mondo Kyateeka, the Commissioner for Youth, Ministry of Gender, Labour and Social Development (MGLSD) during the summit said that; “society begins to rot if we keep quiet on things that matter like child marriage, teenage pregnancy, and FGM.”

He said about one billion girls are [sexually] abused annually, globally.

“Children’s voices are supreme in programming and all children should be protected from violence. Child marriage is primitive and barbaric. The emphasis today should be on capitalising human capital,” commissioner Kyateeka said.

The World Bank’s 10th edition of the Uganda Economic Update estimates the negative impact of child marriage, early childbearing, and the low educational attainment of the many girls affected by the two, on a wide range of development indicators.

Estimates of the cost of child marriage to the economy are also made. The cost of not taking action now is high and will run into billions of dollars a year by 2030.

The report reviews the literature on the types of intervention that can work to empower adolescent girls and specifically calls for greater investment in girls’ education; for providing opportunities to girls who are out of school and cannot go back, and for equipping adolescent girls with life skills and knowledge of reproductive health.

The report shows that close relationships exist between child marriage, teen pregnancy, and the low level of education reached by large numbers of girls.

It shows that child marriage is likely to be the cause of more than half of babies born to under 18s and so that ending it could reduce early childbearing by the same amount.

Ms. Nabachwa said that both child marriage and early childbearing force girls to drop out of school. Also according to the report, early pregnancy and marriage are major reasons for this.

The report’s analysis suggests that depending on how early a girl marries, child marriage reduces the likelihood of completing secondary school by 12 to 23 percentage points.

Once a girl is married, it is very difficult for her to stay at school, whatever her age. In contrast, keeping girls in secondary school substantially reduces the likelihood they will marry or have children early, says Nabachwa.

The situation analysis of child poverty and deprivation in Uganda per 2014, rates Child Marriages at 57 percent.  Northern Uganda at 59 percent followed by the Western 58 percent, East Central 52 percent, West Nile at 50 percent, Central at 46 percent, South West 37 percent, and Kampala at 21 percent.

Mary Lydia one of the students at the summit said: “I got tricked by my fellow classmate and got pregnant. My parents kicked me out of their house, which forced me to marriage I lost my baby during delivery and my aunt helped me get back to school after realizing I was not ready for marriage.”

Uganda’s fertility rate stands at 5.9 children per woman, above the Sub-Saharan average of 4.8. This high fertility rate is attributed in part to the low use of contraceptives, but high rates of child marriage and early childbearing also play an important role.

Ending child marriage would reduce fertility by 8 percent nationally, and could lower the country’s overall population growth rate of 3 percent by 0.17 percent according to the World Bank. If child marriage were ended today, it is estimated that the benefit—in terms of the higher standards of living that would be generated thanks to lower population growth—would reach US$2.4 billion a year by 2030.

There are other risks associated with early marriage: Girls who marry before 18 are at a higher risk of dying in childbirth. When a child is born of a mother younger than 18, research shows there is a higher risk of him or her suffering from either stunting (physical and mental underdevelopment through undernutrition or mortality under the age of 5. The economic benefits that resulting from a reduction of these could reach US$275 million per year by 2030.

Under Ugandan law, child marriage is a crime. Global research, suggesting that girls who marry early are more likely to experience physical, psychological, and sexual abuse and violence from their partners than those who marry as adults, applies also to Uganda.