Bank of Uganda (BoU) in a report released last week said the shifting patterns in China’s growth and demographics present several opportunities for Uganda and other African countries.

BoU observed that a shrinking labour force and its associated rise in wages is leading to a migration of manufacturing value chains from China to lower wage locations.

“For countries like Uganda, which face a population boom and are under-industrialised, this trend creates a significant opportunity to create employment by attracting labour-intensive manufacturing shifting from China,” the report indicates.

It should be emphasised, however, that for Uganda to leverage the shifting growth dynamics in China (such as a shrinking labour force, rising wages and an appreciated Renminbi), it must create a conducive investment climate.

“Low wages and a competitive exchange rate alone will not make much difference without reliable power and transport links, or in the face of suffocating bureaucracy and corruption.”

Apart from trade and investment, another key factor of China’s engagement in Uganda has been infrastructure finance, owing to the fact that a key binding constraint to Uganda’s economic growth and integration with the global economy has been its deficient infrastructure.

For Uganda, this deficiency in infrastructure spans roads, ports, energy, water and sanitation.

In fact, according to a recent IGC Growth Brief6, only 17% of Uganda’s national roads are paved, only 25% of the country’s railway network is operational, and its quality of trade and transport-related infrastructure — as measured by the World Bank’s Logistics Performance Index (LPI) — is far below the sub-Saharan African average.

“Fortunately, both the Ugandan government and external donors have now prioritised the removal of this constraint to growth; as reflected by the increase in infrastructure development, as well as the surge in external financing of infrastructure projects.”

It must be pointed out that while China has emerged as a significant financier of infrastructure projects in Africa, most of this financing takes the form of state-to-state, non-concessional deals and comes from the Export-Import Bank of China (China Exim Bank).

Examples of the major state-to-state deals signed with China Exim Bank in Uganda include: $ 1.4 billion and $ 483 million for Karuma and Isimba hydropower dams as well as $ 350 million for the Kampala-Entebbe Expressway.

These projects, funded by China Exim Bank, present a mixed blessing for countries like Uganda. On the one hand, they facilitate the low-cost production of large-scale infrastructure projects, without the relatively lengthy and bureaucratic processes that traditional multilateral development banks would normally require.

However, they tend to take the form of tied contracts with provisions that offer a clear advantage to the funding country, such as preference to Chinese construction firms often selected through a non-competitive bidding process, in stark contrast to projects financed by multilateral banks like the World Bank.

Given China’s growing niche in the external financing of transport and energy projects, this has enabled Chinese construction companies to gain a firm foothold in Africa’s construction industry, at the expense of local companies.

They noted that, “hamstrung by … lack of cheap financing, Kenyan firms have suffered at the hands of Chinese companies”.

However, emerging experience has shown that this approach carries significant risks, especially in developing countries where the enforcement of environmental and social safety rules and regulations is poor.

In Uganda, for example, the World Bank in 2016 stopped funding key roadworks owing to allegations from a local NGO about the breach of these safeguards by a Chinese contractor hired to construct the Kamwenge-Fort Portal road.

Experts point out that China’s large scale engagement in Arica is still a relatively new phenomenon and so it is only expected that it should evolve based on experience.

“For Western donors and multilateral banks, who have a longer history engaging in development finance on the continent, this creates an opportunity to help developing countries like Uganda manage recent partnerships with China.

“Possible ways this could be done are by: (i) providing technical assistance or an oversight role to help governments ensure project contracts meet the minimum standard for due diligence, especially concerning environmental and social safety12 and (ii) strengthening civil society organisations for countries with poor governance or lack of enforcement.”

This is because producing growth dividends from project investments depends much on institutions and policies, as it does on finance.

For Uganda, which has so far committed up to $ 2.3 billion in contracts with China Exim bank and is soon to take on more debt for projects like the Standard Gauge Railway, debt sustainability is a growing issue of concern; underscored by the fact that the country faces a low tax-to-GDP ratio relative to its regional peers and significant public investment challenges.

Uganda’s debt as a percentage of revenues has risen by 54% since 2012 and is expected to exceed 250% by 2018, raising calls for caution and improved public investment management from various policy circles, including the IMF, World Bank and Moody’s, which downgraded Uganda’s long-term bond rating in 2016 citing deteriorating debt affordability.

“To guard against a resurgence of unsustainable debt levels as was experienced with traditional donors in the 1970s and 1980s, the Government of Uganda must ensure a careful sequencing of its debt obligations to China as well as guarantee that the current infrastructure projects yield both growth and revenue dividends.” 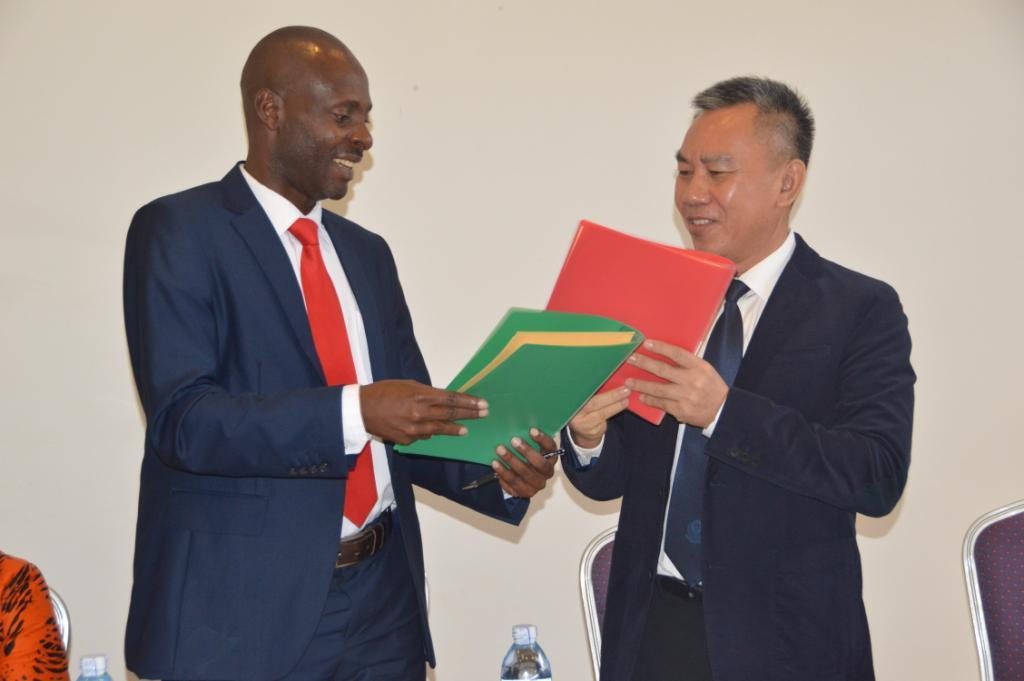