GULU – A symbolic elephant monument has on Friday been unveiled in Gulu City in honour of the cultural significance of the mammal to the Acholi people.

The monument, installed with funding from Uganda Breweries was unveiled by the Chief Justice of Uganda, Justice Alfonse Owiny-Dollo and His Highness Rwot David Acana II – the paramount chief of Acholi.

The monument will be the first unique feature residents and guests will see as they enter Gulu City and is located at Gulu – Ker Kwaro Acholi – Airfield Road.

“We are proud of our culture, traditions and heritage as Acholi people and the significance of this majestic creature to our culture and traditions cannot be overstated. It is a fitting sign of respect and reverence to a great people and a great city, and compliments the already beautiful nature of this place. I appreciate Uganda Breweries for this gesture,” Justice Owiny-Dollo said.

The elephant holds deep sentimental value to the Acholi – appearing at the centre of the cultural institution’s flag as a symbol of strength, supremacy and a peaceful nation.

“We were honored to partner with Ker Kwaro Acholi to fund the installation of this monument which will be a unique identifier from which the people of Acholi can draw pride in their cultural heritage. The elephant also holds great significance to our business as the official logo of our beloved brand, Tusker, which celebrates 100 years of existence this year,” said Alfred Balikagira, Supply Chain Director, Uganda Breweries.

Monuments play an important symbolic role in the lives of people from different walks of life – acting as a visual reminder of cultural values and as vehicles that solidify bonds and build solidarity between individuals and the wider group.

Notable examples include the bull monument – Rusiina – which graces the entrance to Mbarara City and symbolizes cattle keeping as the main economic activity of the people of the greater Ankole region, and the lion – Entale – monument in Fort Portal, which symbolises the courage, nobility, royalty, strength, stateliness and valour of the Batooro.

Besides being a critical indicator of cultural depth, the monument is also a significant boost to Gulu City’s urban appearance – standing as a unique identifier to the biggest town in Northern Uganda and a critical business and tourism hub in the region.

Additionally, the elephant being one of Uganda’s biggest tourist attractions makes the monument a necessary landmark and addition to the city’s beautiful attractions, reinforcing its position as a key tourist destination.

Following the restoration of peace in Northern Uganda following years of insecurity as a result of the Lords Resistance Army (LRA) and rampant cattle rustling, economic activity resumed in the region after 2006, driven in part by an influx of donor funds and private sector capital. 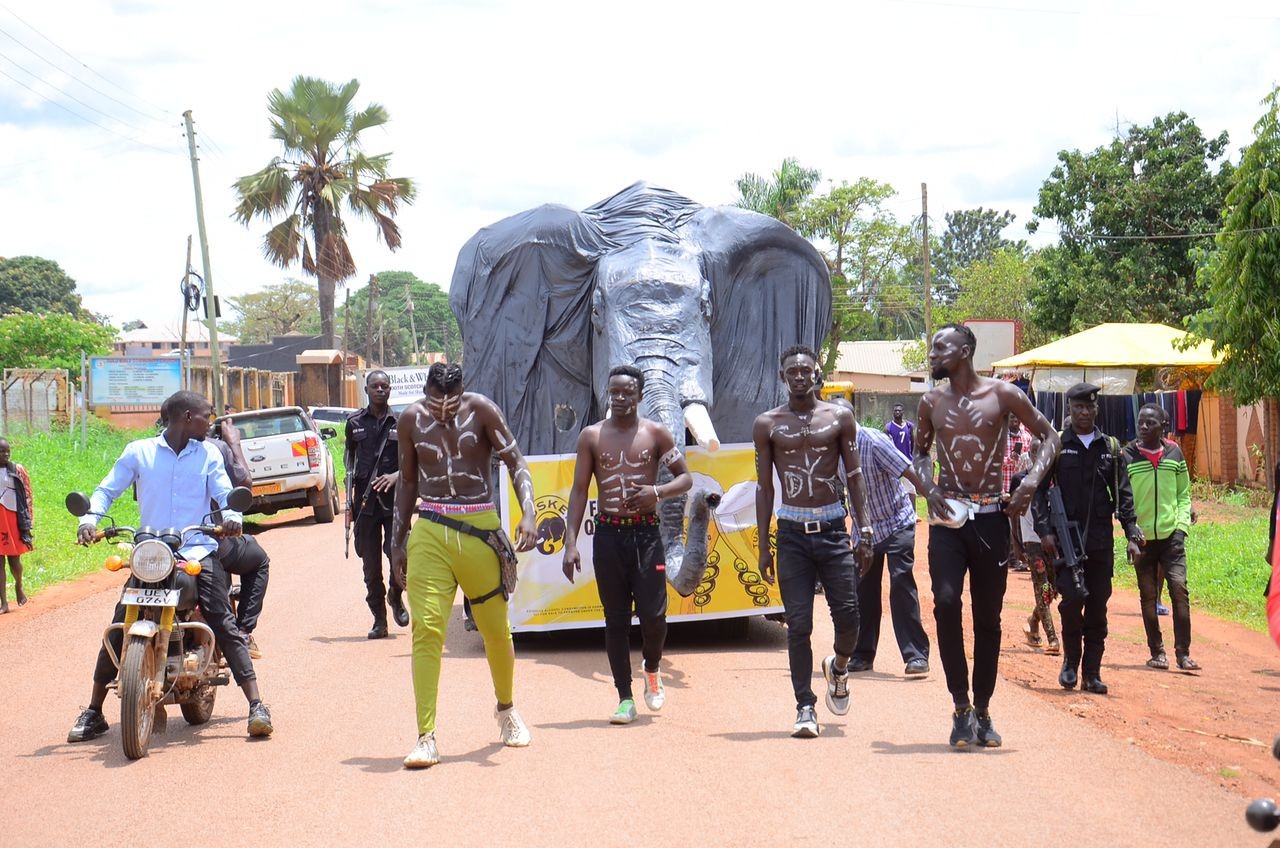 The resulting improvement in livelihoods led to rapid urbanisation and in 2020, then Gulu Municipality was elevated to city status, with one of the notable sectors driving this development being agriculture.

“Northern Uganda has been a critical element in the growth and prosperity of UBL through the years, and being a part of this historic occasion is one of the many ways through which we are expressing our gratitude to the people and the region. The farmers from this region are an important part of our value chain supplying the local raw materials used to produce our brands,” Balikagira added.

Under our Local Raw Materials (LRM) program, in the financial year ended June 2020, Uganda Breweries purchased over UGX 10 billion worth of sorghum, barley, cassava and maize from over 7,000 farmers spread out across Northern Uganda – which collectively made up over 30% of the inputs used in the brewery’s production processes, in turn improving the livelihoods of thousands of households across the region.

One of our brands Tusker – has an elephant for a logo, and the brand is celebrating 100 years of growth and expansion this year, since being incorporated in 1922.