Hon. Migereko in his remarks to the Ambassador, thanked His Excellence for the support the Uganda Tourism Industry in their bid torecover, rebuild, reconnect and reboot the Ugandan tourism sectorafter the negative effects from the Pandemic.

Hon. Migereko added that Tourism is the number one foreign exchange earner for the country and because of that, UTB is doing different activities to boost the sector back to its glory days both domestically and internationally to make sure the status continues on. Part of the activities being championed is the Annual Pearl of Africa Tourism Expo 2021that was launched recently under the theme “Restarting Tourism for Regional Economic Development and is scheduled to take place in April from the 27th to 29th and the German speaking marketisone of the target audience for the Virtual Expo.”

For a while now, the German market has been and still is one of the three core markets of Uganda’s tourism closely followed by UK, Ireland, and the North American market.

“It has been many years that Uganda has invested in marketing itself in the German speaking market,” said Lilly Ajarova, CEO, UTB.

The steadily growing economy of Germany has seen people indulge more in travel, something that they are popularly recognized for.

UTB believes that the German Embassy, through its guidance could be a window in attracting more German arrivals into the country.

This should eventually contribute a great deal in the recovery of the industry from the strenuous effects of the global pandemic. Lilly Continued.

“Tourism I think is really a huge resource you have in this country and I am very happy to assist you in any way I can in tapping this resource,” said Schauer, German Ambassador to Uganda.

He emphasized that environmental impact of tourism is something that most tourists pay a lot of attention to and advised that the tourism industry keep an eye on it especially with matters to do with cleanliness of the environment and sustainability of resources.

Muhwezi, UTB Vice Chair emphasized the need to offer training to hotel employees seeing as service delivery is at the top of every travelers list. She suggested the formation of professional partnerships in the form of exchange programs between German and Ugandan hotel owners which would see both parties travelling in turns to either offer training or be trained. 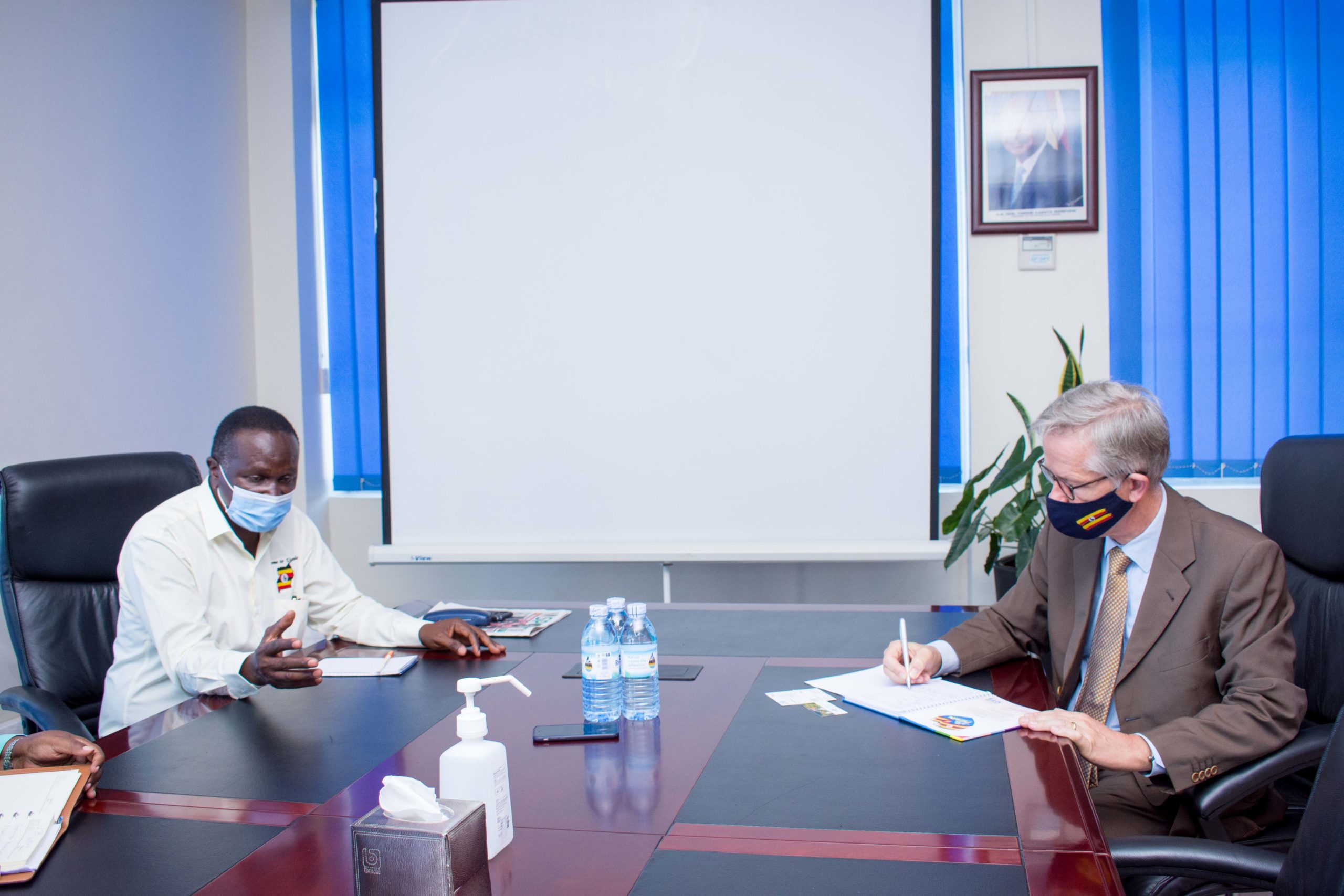 In the same breath, Kirya, Board member of UTB mentioned that UTB is looking to strengthen its partnerships with the German Chamber of Commerce so as to gain leeway to tap into industriesexisting under this umbrella such as advertising and travel trade to help boost the market further
Below are some of the actions that came out of the meeting that should be applied to effectively market Destination Uganda to the German Speaking Market.

Create touristic information in the German language to cater to the German speaking market
Craft touristic newsletters for German expatriates living in Uganda
Marketing Uganda at popular European sports events such as the Bundesliga
Position direct flights between Uganda and Germany Form a calendar of activities around German national holidays to include and involve German expatriates in Uganda’s tourism
Marketing Uganda as a preferred destination for Meetings, Incentives, Conferences and Exhibitions (MICE), among others.

Schauer expressed keennessto further consultwith both the Embassy and European Union pertaining to the discussion with UTB and the support of Uganda’s tourism sector.

During his tour to Lake Mburo, Murchison Falls, Kidepo National Park, and Kibale National Park, Schauer made the observation that Uganda happens to have the upper hand in service delivery, friendliness and openness as compared to other African countries. He also observed that there is hardly any language barrier in Uganda which is a plus for most international tourists.