KIGALI – A chartered cargo plane, Boeing 747-400F operated by Air Atlanta under the brand name of ‘Magma’ carrying the five black rhinos touched down at the Kigali International Airport at exactly 2:45 am on Monday.

Offloading the rhinos from the plane kicked off soon as the plane landed.

A team of airport staff first offloaded huge cargo of supplies containing feed for the rhinos.

The three female and two male black rhinos, ranging between two to nine years old, were selected from European zoos.

Olmoti comes from Flamingo Land in UK while Mandela is from Ree Park Safari in Denmark. 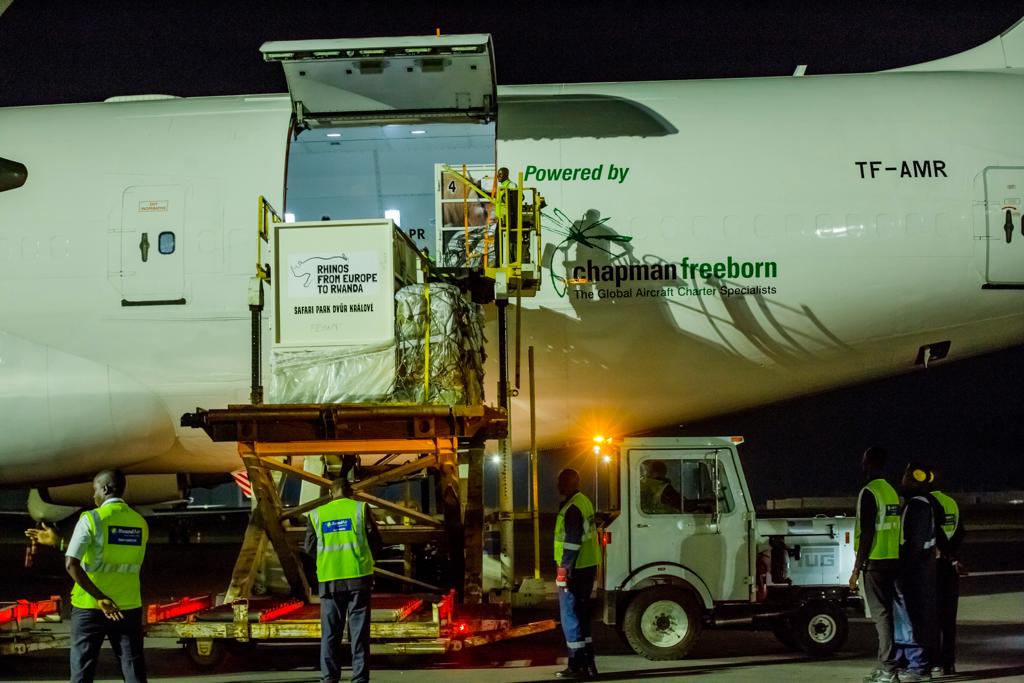 The Eastern black rhinos follow a batch of other rhinos, which were brought to Rwanda from South Africa in 2017.

Officials, including the Head of Conservation at Rwanda Development Board (RDB) and African Parks which manages Akagera National Park, were around to witness the arrival of the critically endangered species.

According to Safari Park Druv Kralove, the plane took off from the Czech Republic at around 7:45 am on Sunday.

They were transported to Akagera by three separate trucks.

Overall, their transportation to Akagera Park from Czech Republic will have taken around 30 hours.

This is the largest ever translocation of rhinos from Europe to Africa. 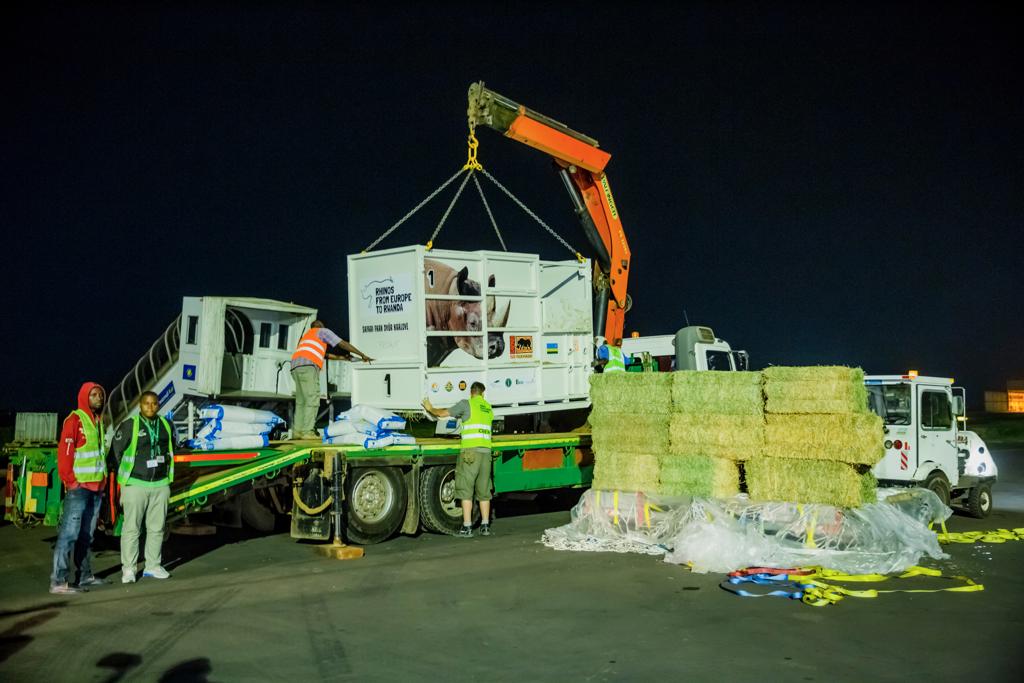 The translocation of the rhinos is the result of what has been described as “unique collaboration between the European Association of Zoos and Aquaria (EAZA), the Government of Rwanda and conservation NGO African Parks.

It was first announced last year that EAZA zoos had donated the highly endangered species to Rwanda.

The Head of Conservation at RDB told The New Times recently that the rhinos will bring considerable benefits to the country.

“Even though we already have rhinos from South Africa, to ensure a healthy population, you have to bring in species that is from a different group to allow integration,” he said.

The more you bring in rhinos to integrate, he added, the more the assurance of strength of genes that are strong and resistant.

There is expected to be an official exchange of documents from European zoos to Rwandan officials in Akagera Park today.