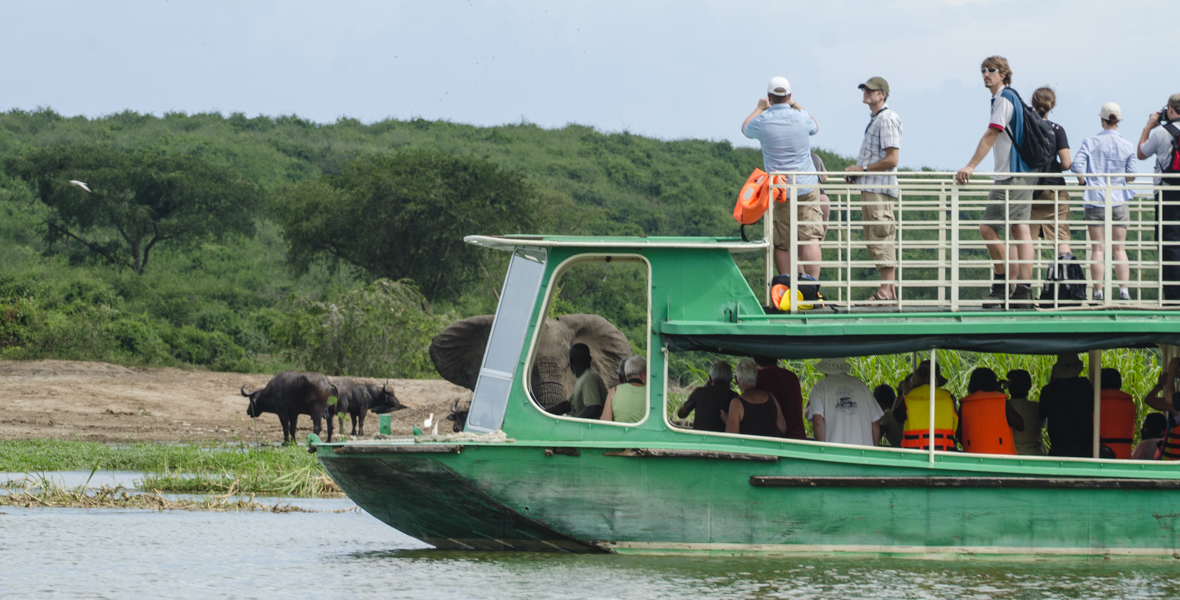 QUEEN ELIZABETH NATIONAL PARK – At Queen Elizabeth National Park, the sky sometimes seems to be much closer, not surprising. This protected area of nearly 2000 square kilometers is in higher altitude than Kampala. The park was named to honor the coronation of Queen Elizabeth in nearly 1950s and is one of the most popular for visitors. The reasons are not hard to find.

The volcanic action in the distant past has left the picturesque features like Lake George to the Northeast and Lake Edward to the southeast boundaries of the park. There are also crater filled with forests that occasionally remind one of Jurassic Park but, there are no dinosaurs here. Just a large variety of wildlife against the backdrop of natural beauty rarely found anywhere else in the world. 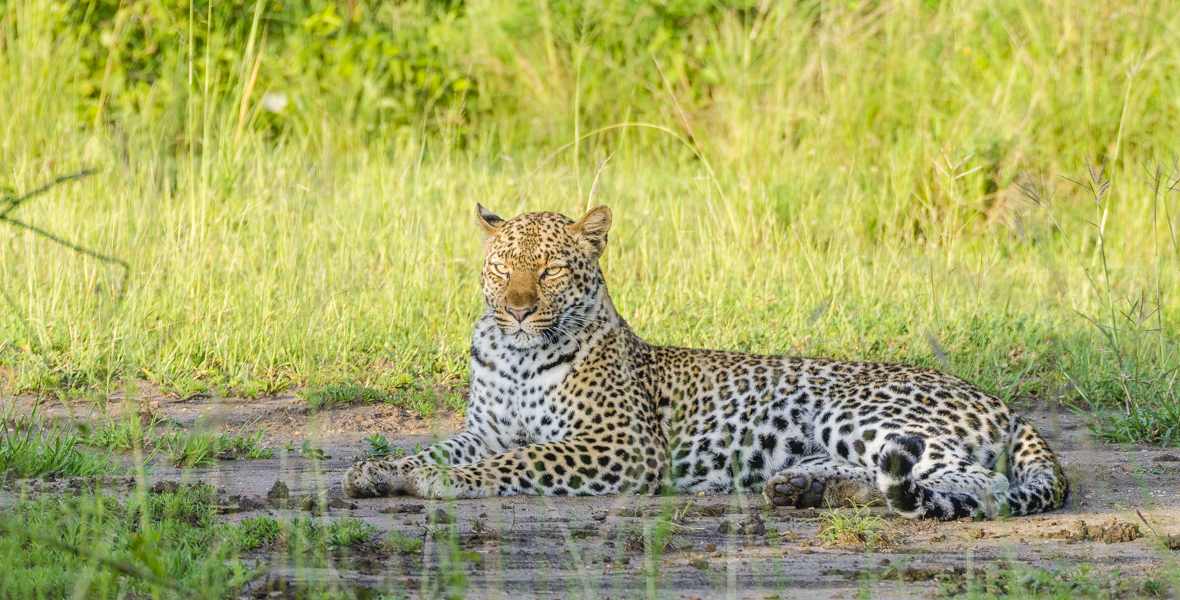 In 1959, Dr. Hugh Catt said; Uganda’s parklands fulfill a deep human need. For in these tracts of the earth not only animal creation but the man himself can find a sanctuary and retreat himself from routine into the reality of a world apart,” he said referring to the Queen Elizabeth National Park.

It is understandably Uganda’s most popular tourist destination. The park’s diverse ecosystems, which include sprawling savanna, shady, humid forests, sparkling lakes, and fertile wetlands, make it the ideal habitat for the classic big game, ten primate species including chimpanzees and over 600 species of birds.

Set against the backdrop of the jagged Rwenzori Mountains, the park’s magnificent vistas include dozens of enormous craters carved dramatically into rolling green hills, panoramic views of the Kazinga Channel with its banks lined with hippos, buffalo and elephants, and the endless Ishasha plains, whose fig trees hide lions ready to pounce on herds of unsuspecting Uganda Kob.

As well as its outstanding wildlife attractions, Queen Elizabeth National Park has a fascinating cultural history.

There are many opportunities for visitors to meet the local communities and enjoy storytelling, dance, music and more. The gazetting of the park has ensured the conservation of its ecosystems, which in turn benefits the surrounding communities.

Arrive at one of the many lodges or campsites in or near Queen Elizabeth National Park in the afternoon, check in and relax before an evening game drive on the Kasenyi plains.

Wake early to experience a different face of the park. Meet with the park’s lion research team at Mweya and venture off-road to track and monitor lions.
Have a leisurely lunch on the Mweya Peninsula, Katwe, Kikorongo or one of the lodges near the Maramagambo Forest.

After lunch, take a long walk in the Maramagambo Forest, where you can find a variety of birds, forest antelope, monkeys, a bat cave and the ‘cormorant house’ a large tree in the forest that has been turned white by the birds that roost there at night.

Spend the morning tracking chimps in Kyambura Gorge. Explore this ‘underground forest’ before a picnic lunch overlooking the gorge, or at one of the nearby lodges.
In the afternoon take the Agro-Tour Walkthrough community farmland and learn about farming techniques, medicinal plants, and beekeeping. To top off an action-packed day, there is the option of taking the Crater Lake Drive to the Baboon Cliffs for sundowners.

Drive to the south of the park to explore the Edward Flats and the Ishasha Plains to find the region’s famous tree-climbing lions as well as abundant kob, topi, buffalo, and elephant. Take a picnic lunch either under the shade of a fig tree or in one of the UWA bandas.

In the afternoon take a nature walk with a UWA guide along the river to see hippo, crocodiles, and many birds. The river forms the border between Uganda and the Democratic Republic of the Congo.
Find a remote location for your bush-camp and enjoy an evening game drive before returning to your camp for a night in the wilderness.

Pack up camp and take a morning game drive through the Ishasha plains for a final visit with the lions and other wildlife before heading out of the park and onto Bwindi or elsewhere.

Local guides say, all itineraries subject to change, depending on weather, availability, and location of chosen lodging. 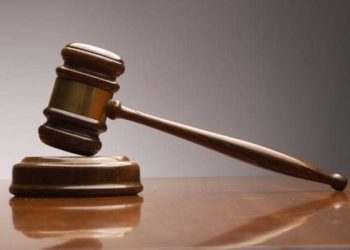