Journey through Pearl of Africa, a focus on cultural sites

CENTRAL REGION – From Twekembe (Kabaka’s Mengo palace) to the giant bulange (Buganda’s parliament) in the Mengo in the heart of Kampala, one gets a first-hand cultural experience in central Uganda. The Mengo palace has been the official residence of four generations of reigning monarchies since 1885. The Kasubi Tombs – is the site of the burial grounds for four Kabakas (kings of Buganda) and other members of the Baganda royal family.

The tombs comprise around 64 acres on the Kasubi hill in the city of Kampala. One corner contains a royal palace built in 1882 by Kabaka Muteesa I, the 35th Kabaka of Buganda, to replace a palace built by his father, Ssuuna II in 1820. The new palace became a royal burial ground on his death in 1884. The site is one of 31 royal tombs across the Buganda kingdom since the kingdom was founded in the 13th century.

Traditionally, the body of the deceased king was buried in one place, with a separate shrine for the deceased king’s jawbone, believed to contain his soul. Unusually, in a break from tradition, the site in Kampala contains the royal tombs of four Kabakas of Buganda: 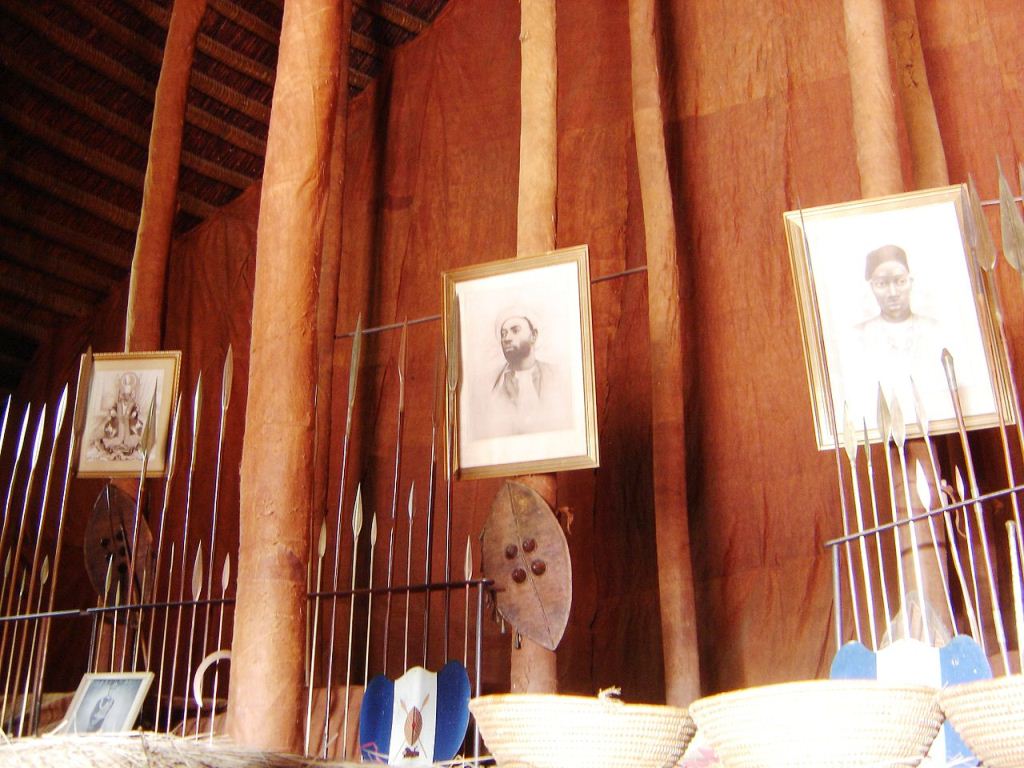 Descendants of these four Kabakas are buried elsewhere on the site.

The border of the ceremonial site was established in 1882 on Kasubi Hill. The borders are still marked with bark cloth trees, which have protected it from the low-rise residential development that now surround the site on all sides.

A gatehouse (Bujjabukula) leads to a small courtyard and the drum house (Ndoga-Obukaba) which houses the royal drums, and then to a second main circular courtyard (Olugya) located on the hilltop, surrounded by a reed fence. 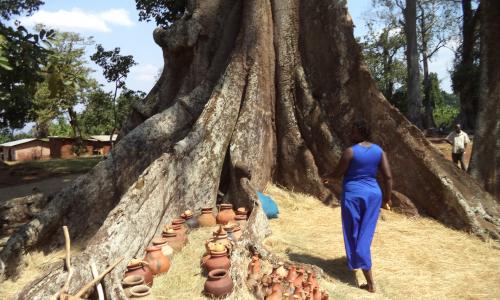 Uganda has its share of ancient mysticism. Few are as existing as the tales and myth that surround the short-lived Bachwezi Empire. Only three kings Ndahura, Mulindwa and Wamara are recorded to have reigned. No one is quite sure where these tall regal cattle keepers came from and why they seemingly disappeared.

Over the years, the folklore associated with Bachwezi has taken on a religious fervor symbolized by such sites as the Nakayima tree located on a hill that overlooked Mubende Town nearly 143 Kilometers west of Kampala.

Nakayima, a favorite medium for King Ndahura, once lived here and her spirit resides in the tree which also symbolizes fertility and other blessings.

Certain rituals must be undertaken to have a chance of getting any favour from Nakayima. These include circling it while making your offering, all prescribed by the Jjaja who acts likes a guardian at the shrine. 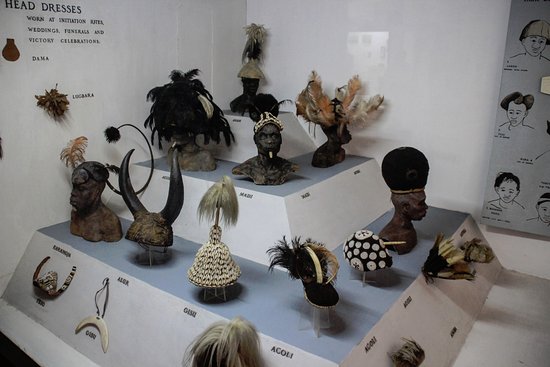 The Uganda Museum is found on Kira Raod in the Kamwokya suburb which is a 10 – 15 minutes drive from the city centre. The Museum is an ideal starting place to get some solid grounding information about the country, its people, cultures and traditions. Some of the exhibits go back decades, especially the colonial period while a few other exhibits go back thousand years of before.

The ground of the Museum offers sanctuary for some quiet reading or a short rest before you move on to your next destination.

others include, cultural village which is very key and popular with school children because in transforms book text into reality.  At the same level, all ethnic groups of Uganda displays at the something that help to convey a substantial part of their heritage. It has a range of ethnographic collection and these covering agriculture, hunting, war and religion. 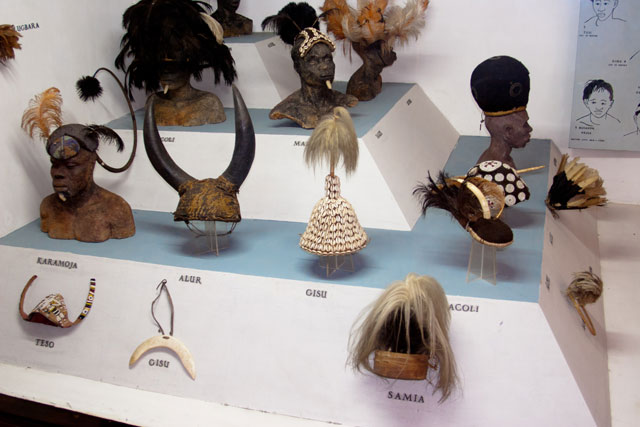 There are various huts from various tribes of Uganda. There are also archaeological and natural history displays, and a collection of interesting traditional musical instruments. It’s found in the heart of the city.

Also neighborhood is the great Acacia Mall for a shopping experience, and curio shops at Kisementi. 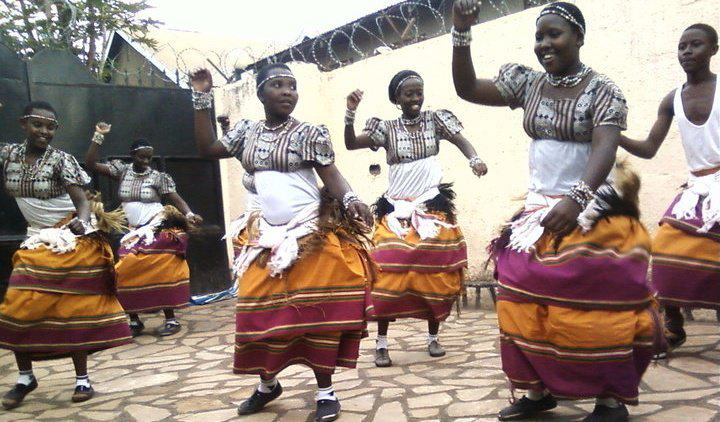 It is the place where all Buganda Kings including the current Ronald Mwenda Mutebi II are crowned in accordance to Ganda culture and tradtion. There are several huts similar to those at Kasubi Tombs as well as a natural throne from a tree root. It’s a short distance off the road to Masaka.

It was constructed by Kabaka Kalema who ascended the Buganda throne controversially in 1888 after Kabaka Mwanga was forced into exile. It is part of the Kabaka’s trail.  Insecure, Kalema rounded up every potential person he imagined was a threat to his reign and sent them to Katereke. Royals and peasants alike were incarcerated. Among the unfortunates was Kiwewa who was an interim King and ruled briefly from the time of Mwanga’s exile to Kalema;s ascent to the throne.

Together with his wives, two of Mwanga’s infant sons and even Kalema’s own brothers and sisters were killed at Katereke. These killings wrought his down fall and brutal death which was not only to avenge the deaths but was also to stop him for he was starved for seven days and shot in the head.

More to come in our subsequent  travel series. Read: Journey through Pearl of Africa, a focus on Religious sites

Fauci warns of “surge upon a surge” of U.S. COVID-19 cases in weeks ahead

He is the true definition of hard work! Bebe Cool and wife Zuena elated as son makes U-20 national team debut