Those who thought otherwise President Museveni completed the first phase of the trek covering 28km and he said he is committed to getting to the last stop.

Museveni had been joined by youth leaders from the 20 zones around the country, children of war heroes, civilian veterans and other NRA fighters totaling to over 800.

The over 8-hour journey that begun with reliving of the bush war memories saw Museveni make several stopovers to either great some of the locals in the areas or get some refreshments before continuing with the journey.

The locals who were happy to see Museveni visit them, however, reported to him some of the problems they are facing.

“We have no functioning health centre nearby making us walk long distances to get services. Your people don’t bring us the items you send to us. Our roads are too dusty and need to be worked upon,” one of the locals at Kabale trading centre. 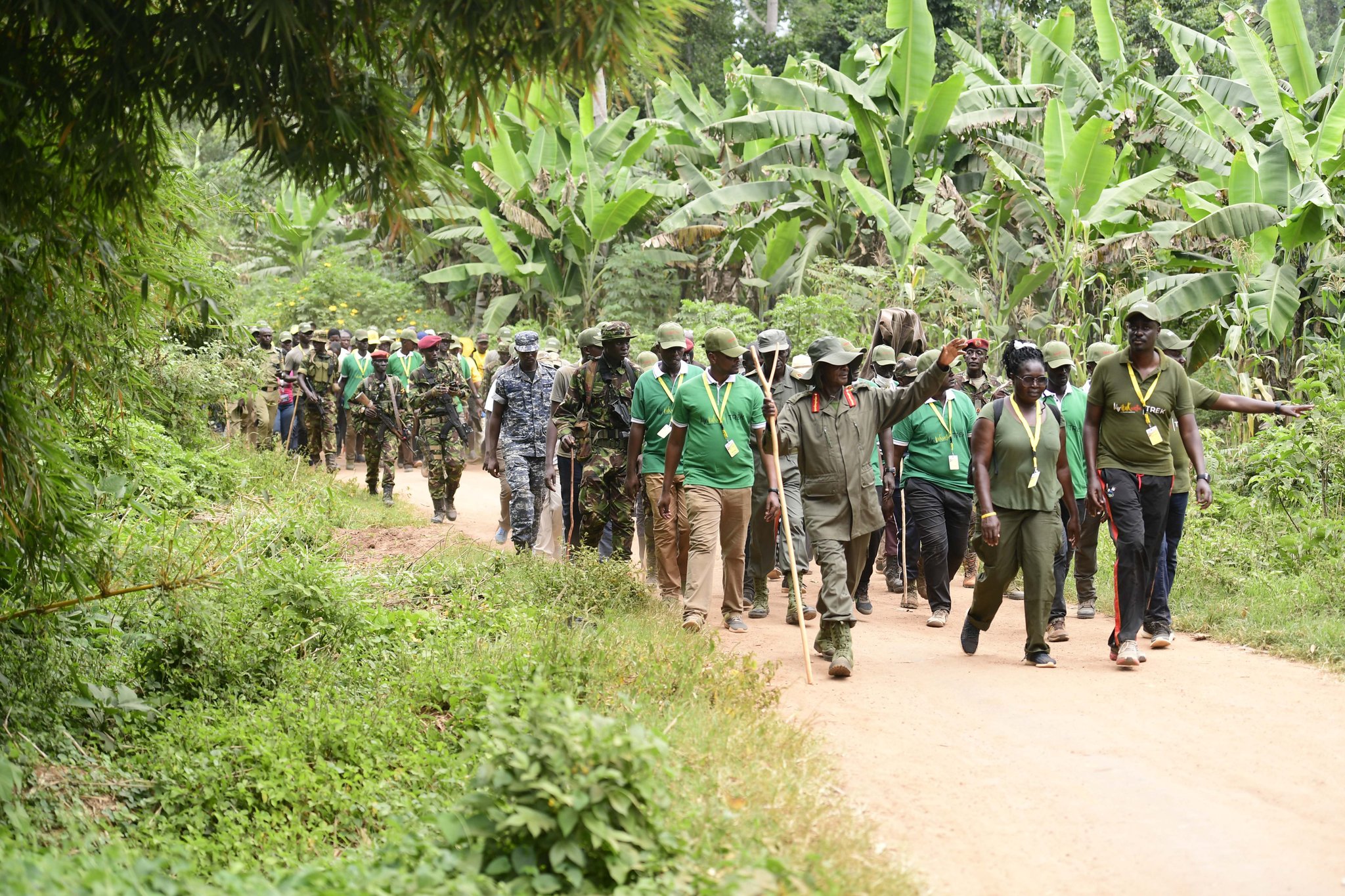 In response, Museveni promised to tarmac the road which he said was short but also said he would improve other services in the area.

He said he was impressed with efforts for locals in areas where he passed in taking part in wealth creation.

On other occasions, the Special Forces soldiers had to resort to running so as to keep up with Museveni’s pace.

The Trek organised by the NRA Archives Unit headed by the President’s Senior Advisor/NRA Alice Kaboyo comes 20 years after he did the same trek in 1999 and will culminate into building a historic NRA museum at Kanyara in Nakaseke district.

“The trek which should remind the elderly but also sensitize the younger people, including the Bazukulu, the heroic exertions of the freedom fighters who were doing for no pay, no reward – just for patriotism, (mwooyo gwa Uganda),” Museveni said recently. 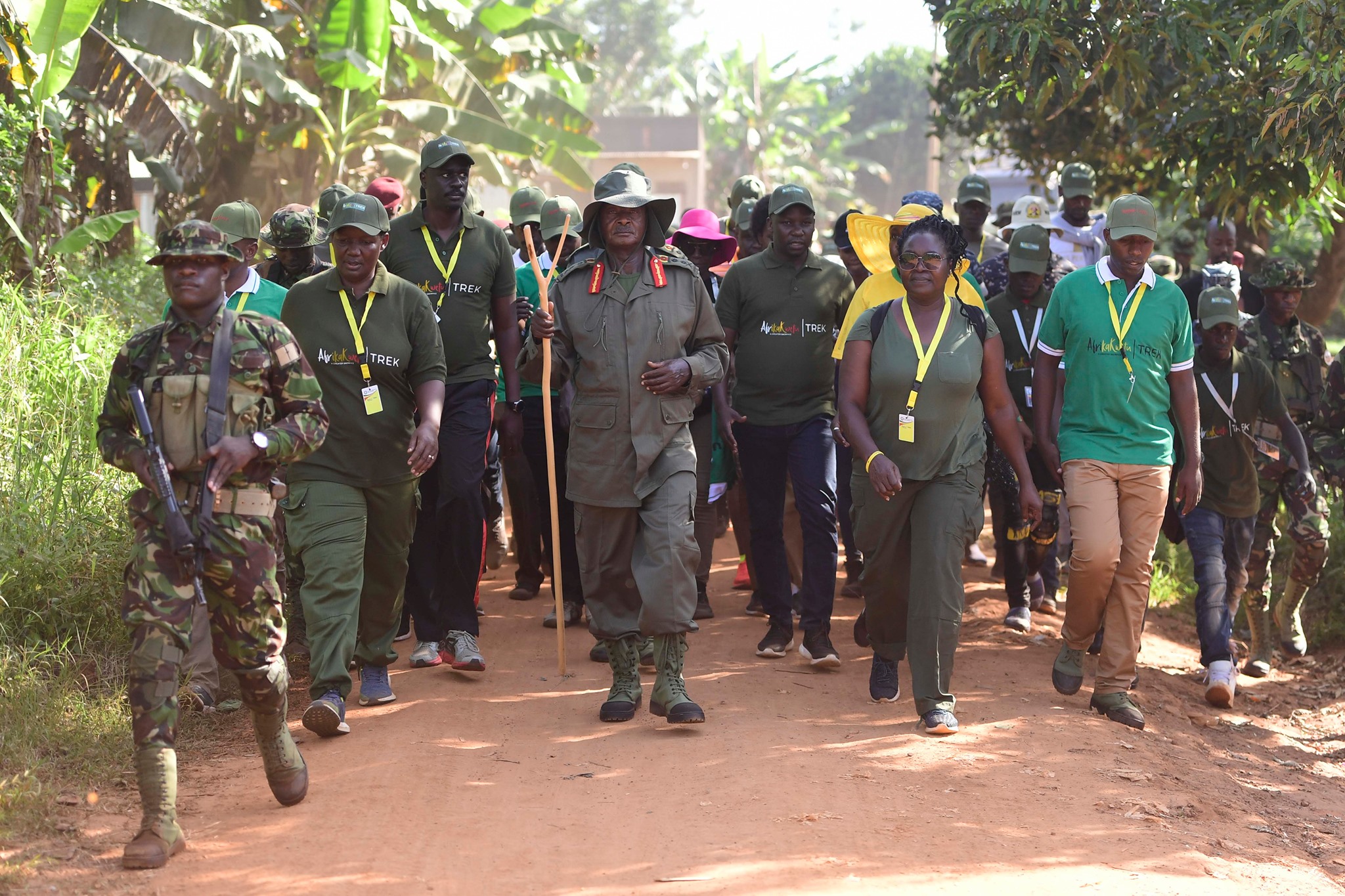