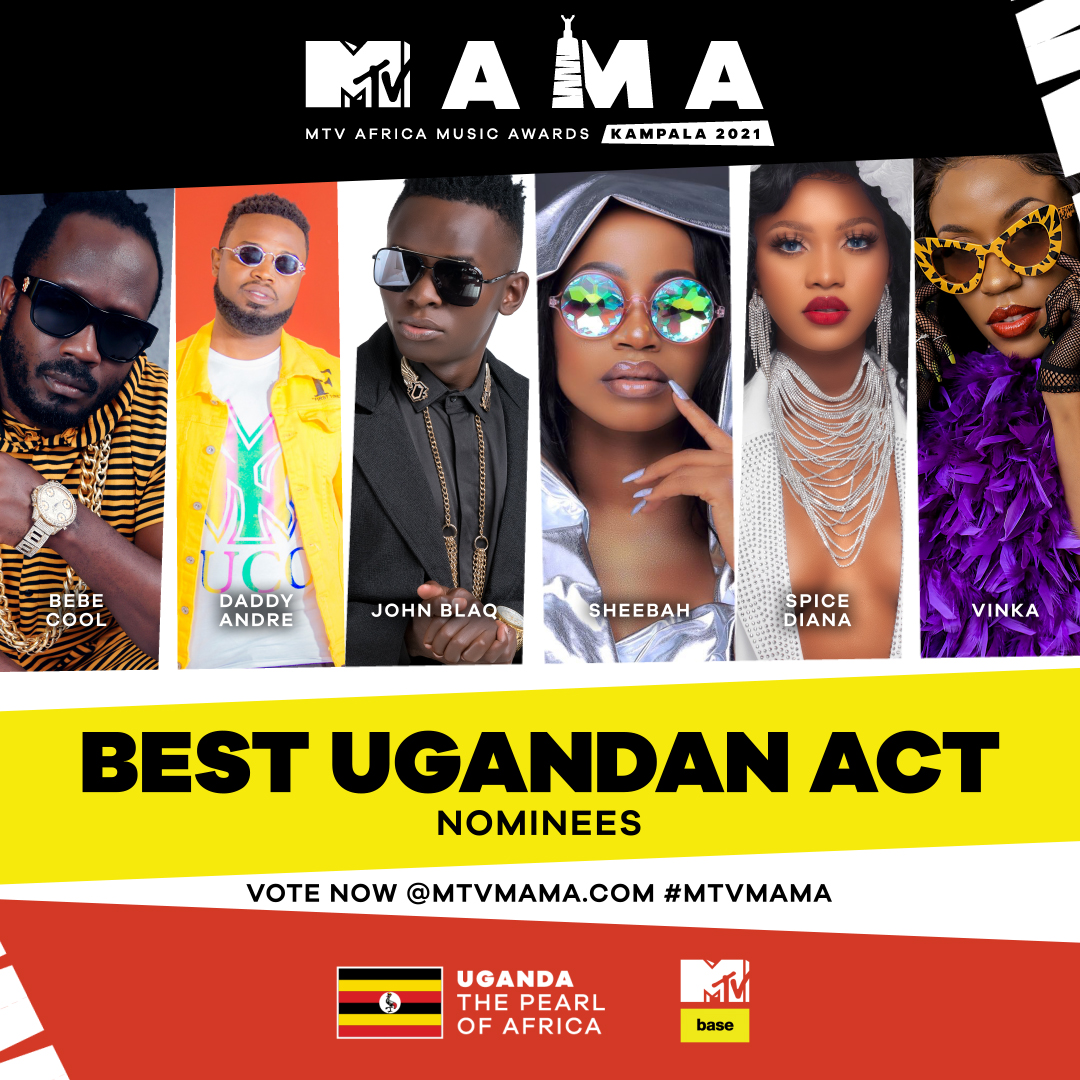 Fifty-two MAMA Kampala 2021 nominees from 15 countries were revealed in the initial 10 music categories by MTV Base this evening, in partnership with Uganda, the Pearl of Africa, during a 45-minute special show that aired on MTV Base (DStv channel 322). The nominees show repeats on Thursday, 10th December at 21:00 WAT on MTV Base ROA (DStv ) and @16:00 CAT on Saturday, 12th December on MTV Base. 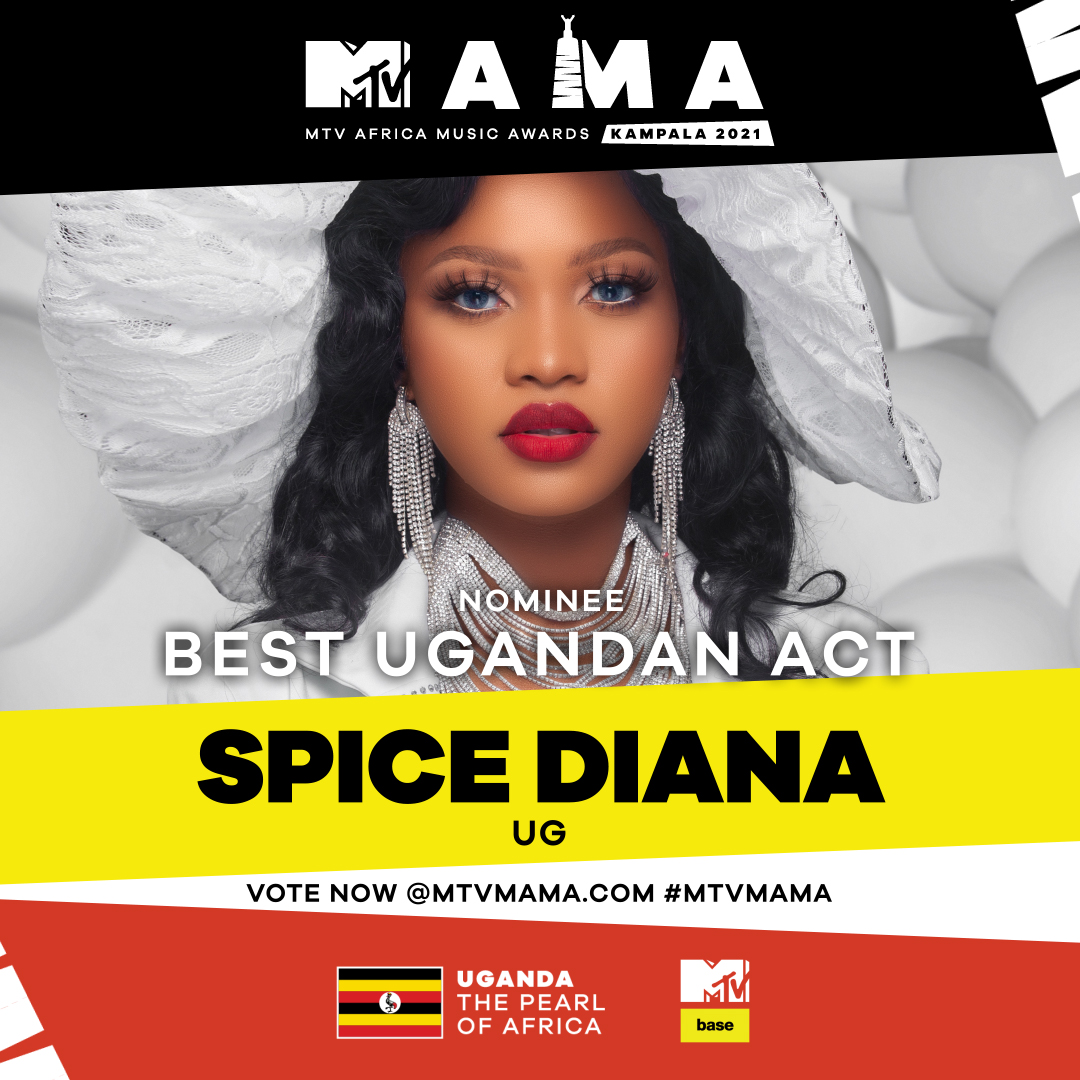 An epic battle of the bands is set to take place between Blaq Diamond; Kabza De Small & DJ Maphorisa of South Africa; Sauti Sol and Ethic from Kenya; Calema from São Tomé and Príncipe and Tanzania’s Rostam in the Best Group category. The Artist of the Year also has some stiff competition, namely Burna Boy, Davido, Tiwa Savage and Wizkid from Nigeria, São Tomé and Príncipe’S Calema, Diamond Platnumz from Tanzania and South Africa’s Master KG. 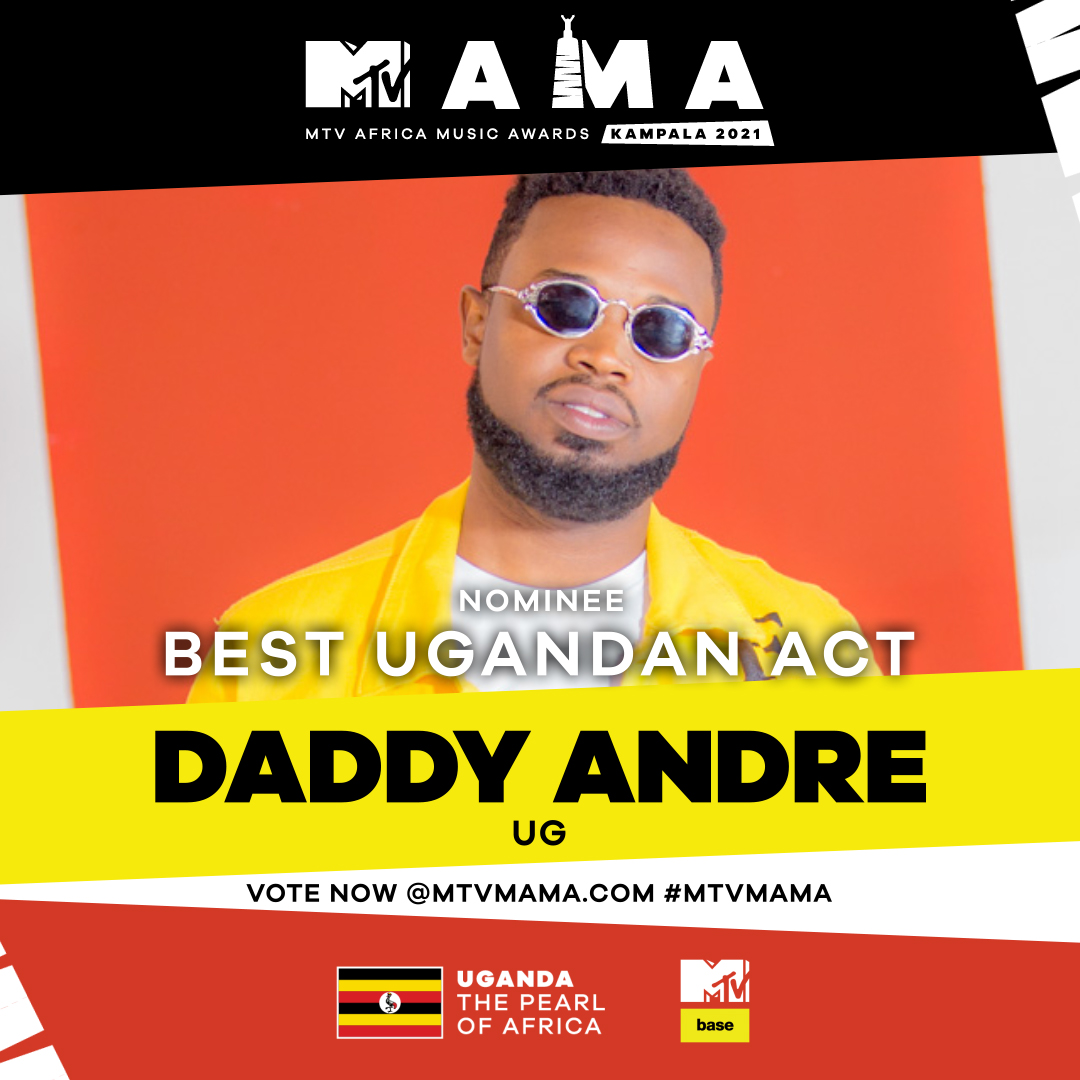 Monde Twala, Senior Vice President and General Manager at ViacomCBS Networks Africa (VCNA) said, “These nominees represent some of the very best talent the continent has to offer. The MAMA is a great showcase and opportunity for African music along with youth culture to shine on the global stage. Congratulations to all the nominees who continue to push the boundaries of creativity and authenticity, we are proud of your contribution to the continent’s music industry in taking Africa to the World. It’s a celebration not to be missed.” 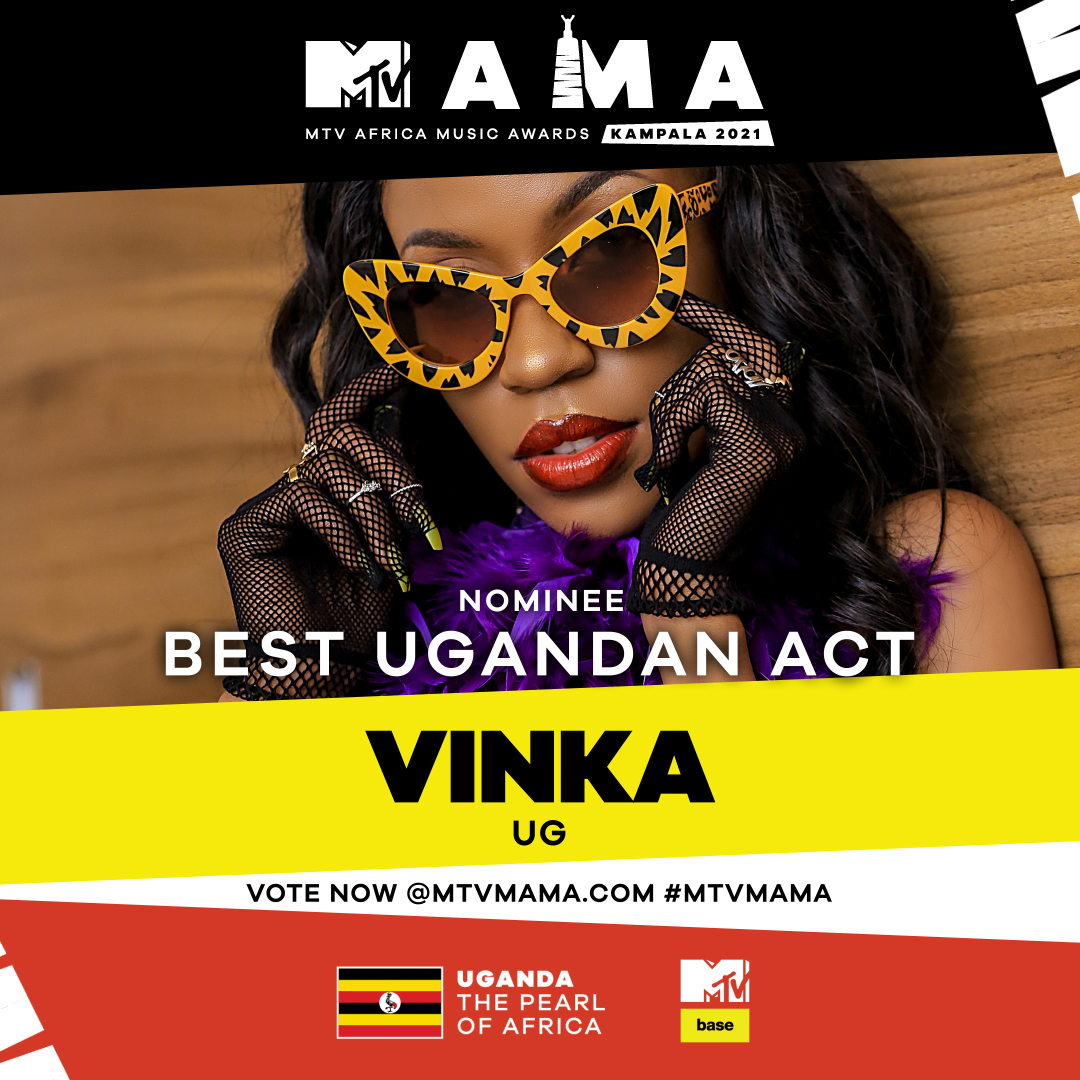 Two new categories have been announced for the MAMA Kampala 2021. The first is the exciting entrant of the Best Ugandan Act, which recognises the host country’s star and rising talent. The nominees include Sheebah, Bebe Cool, John Blaq, Vinka, Daddy Andre, and Spice Diana. The second new category inspired as a reflection of the unique reality of the music scene in 2020 is the Alone Together: Best Lockdown Performance.

“This is a milestone moment for Uganda to bring the MAMA Kampala 2021 to the African continent that presents a great opportunity to share the beauty and diversity of our magnificent nation, music and culture from the Pearl of Africa,” said The Honourable Godfrey Kiwanda, State Minister for Tourism Uganda. “The MAMA is a great platform to highlight the continent’s music and showcase the full spectrum of what the continent has to offer. We extend our congratulations to everyone who has been recognised with a nomination.”

The second round of nominations, including Best Collaboration, Best International, Personality of the Year, Best Alternative Act, Best Fan Base Award and Song of the Year will be revealed from the 5 January 2021 on MTV Base. 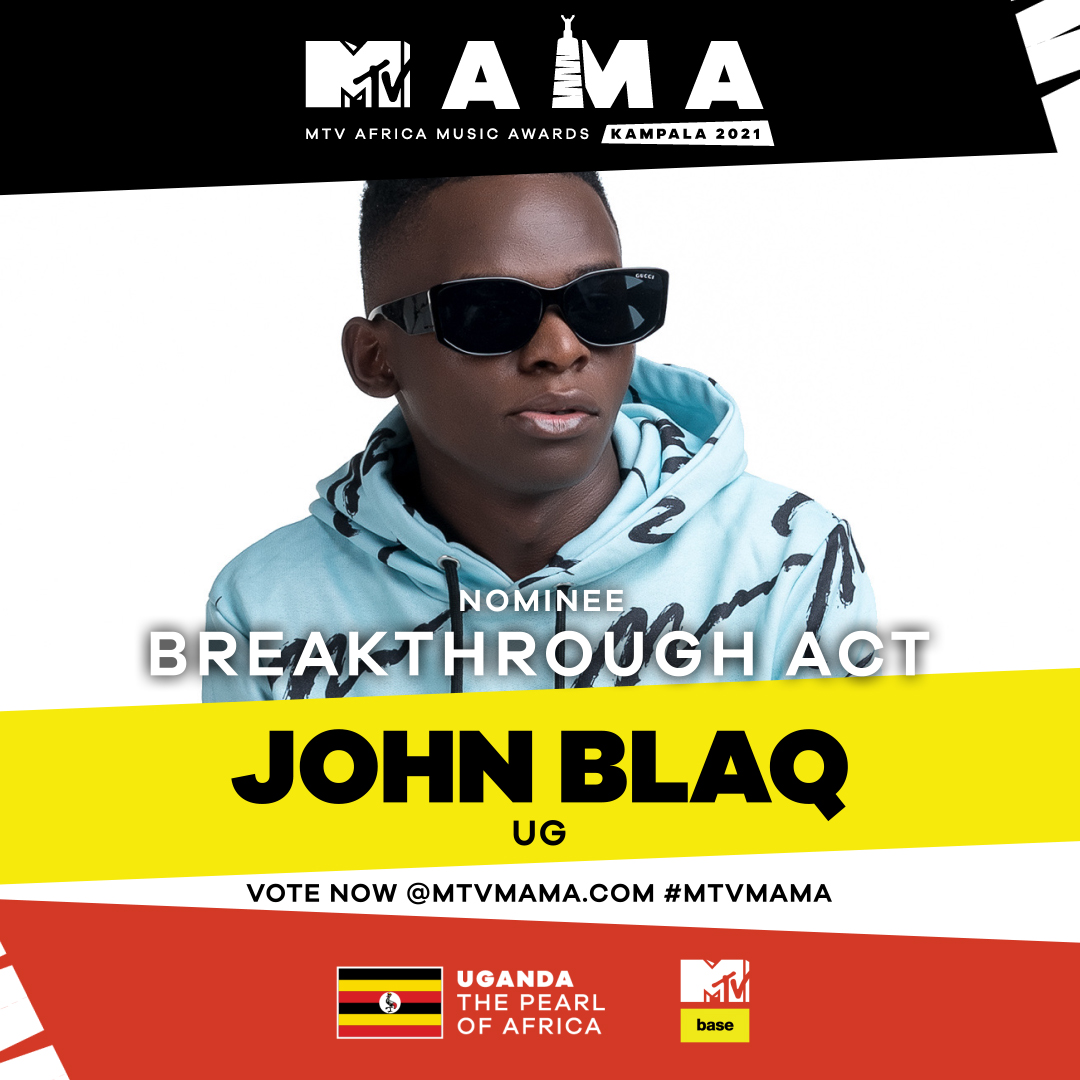 The nominations in the music categories are selected by the MAMA Kampala 2021 Academy, an esteemed group of music industry, opinion formers and tastemakers from across the African continent who create a shortlist based on the artists and musicians who have received airplay on the channel?over the previous year.?The academy looks for artists who embody the very best of African talent,?who can bring a sense of Africa to a global audience and who want to inspire the youth with their music.

Voting for MAMA KAMPALA 2021 opens at 22.00 CAT on Wednesday 9 December at www.mtvmama.com, and affiliated Twitter, Facebook and Instagram accounts. Voting Ts and Cs are available at  www.mtvmama.com. 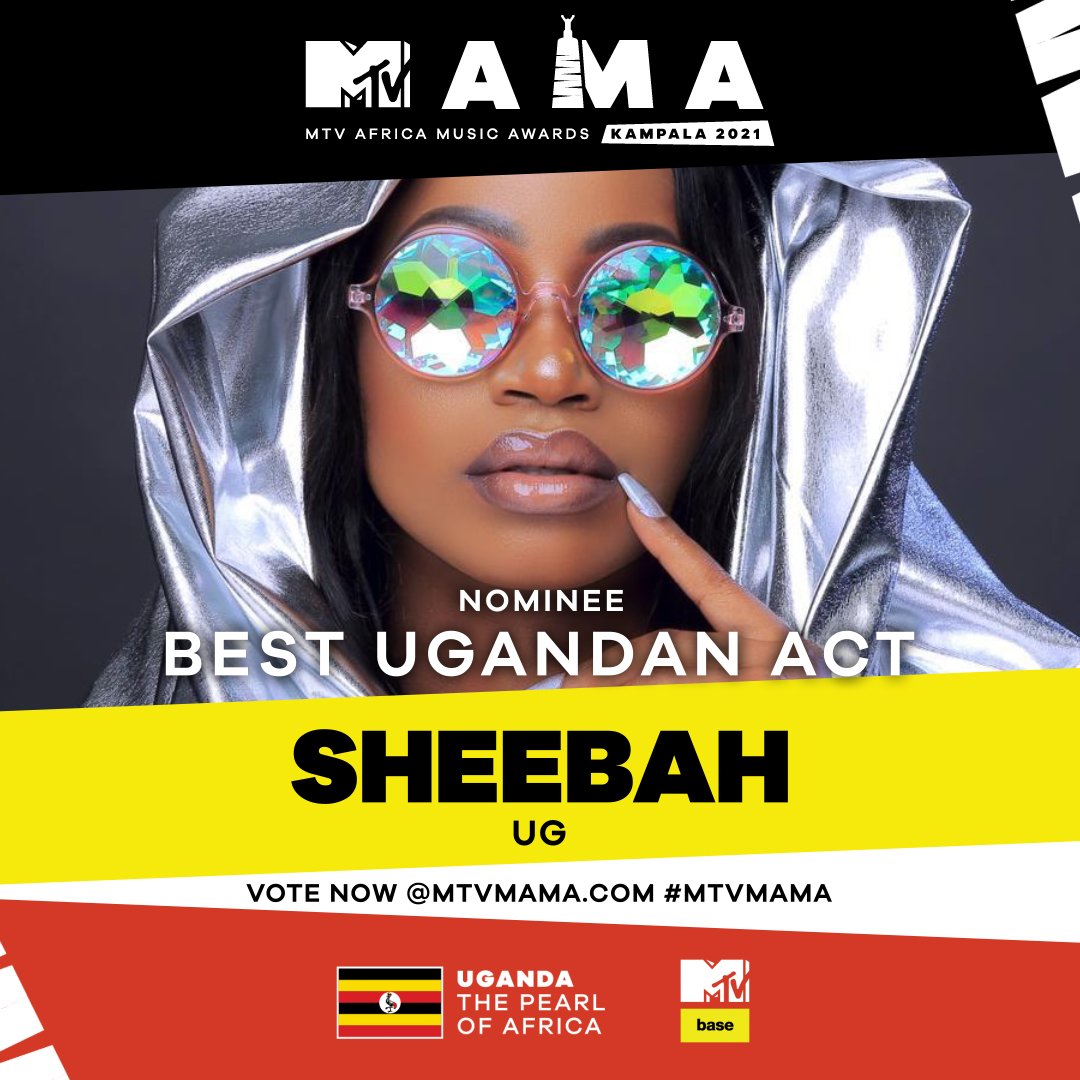