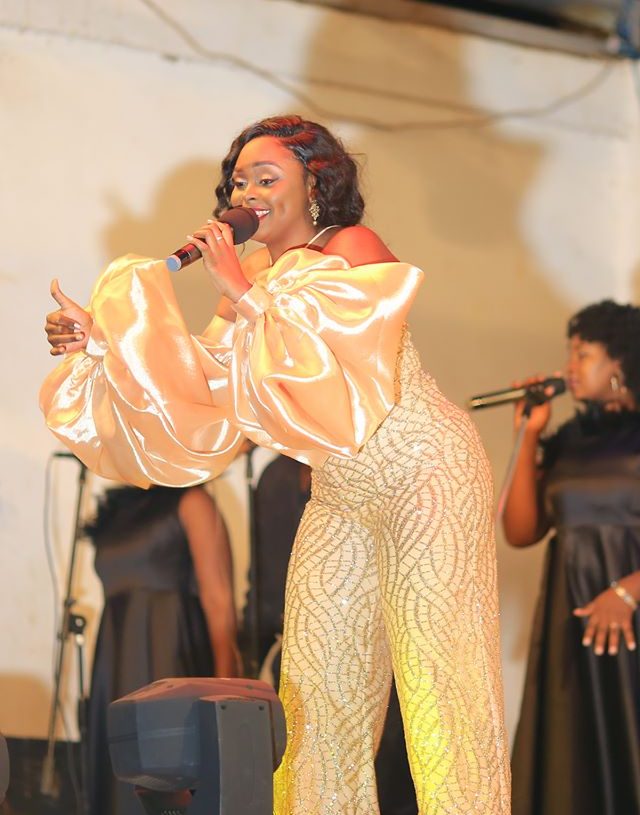 KAMPALA – Ever since singer Rema Namakula ended her relationship with fellow artiste Eddie Kenzo in 2019, her she has been talk of the country.

This was further enhanced by her marriage to Dr. Hamza Sebunya in a glamorous function in November 2019.

Since then, many of her fans have been looking forward to her first music concert since her marriage. The well-advertised event eventually happened on Friday, February 14, at Hotel Africana in Kampala. By this day, tickets had sold out. 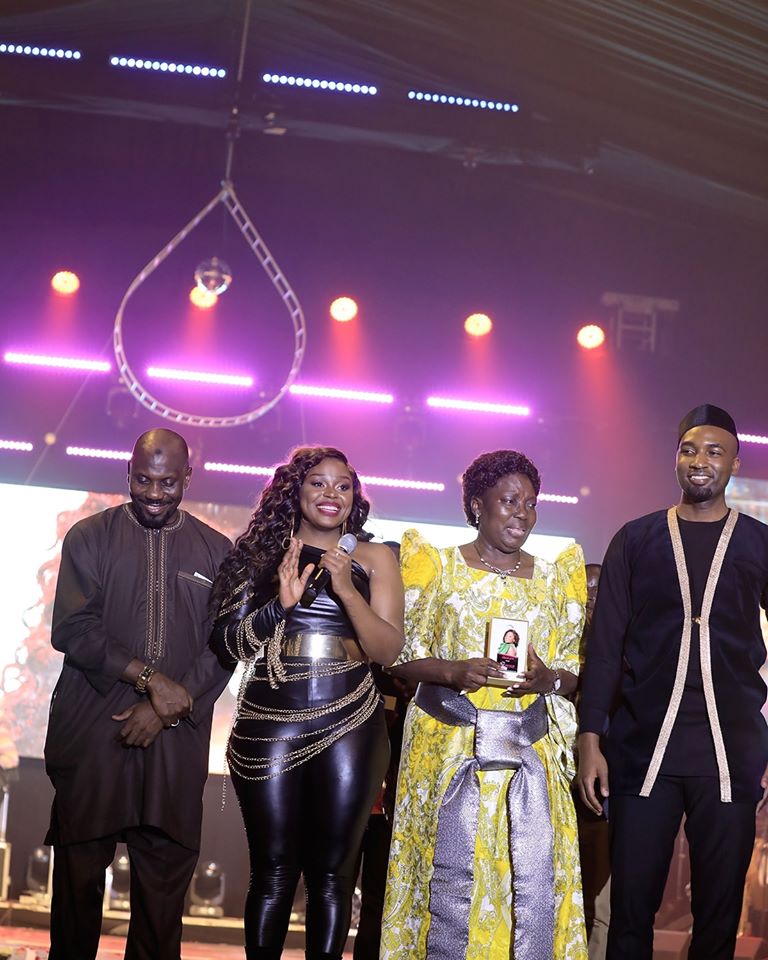 So the D-day coinciding with Valentine’s Day, thousands thronged Hotel Africana in black and red to witness the music belle, as she is fondly described, showcase her talent.

Normally, shows at the hotel are held in Nile Hall but due to the overwhelming numbers, the management had to move to People’s space where a dome was built.

Rema has taste for fashion and colour and this was evident from her dancers and her own attire. Rema broke away from the tradition of having curtain-raisers. Instead she only sang with those artistes she has collaborations with.

At exactly 8.30pm she descended onto the stage seated in a hoop – like contraption as dancers who were donned in orange and white similar to her  glittery orange outfit with the band were up in gear. 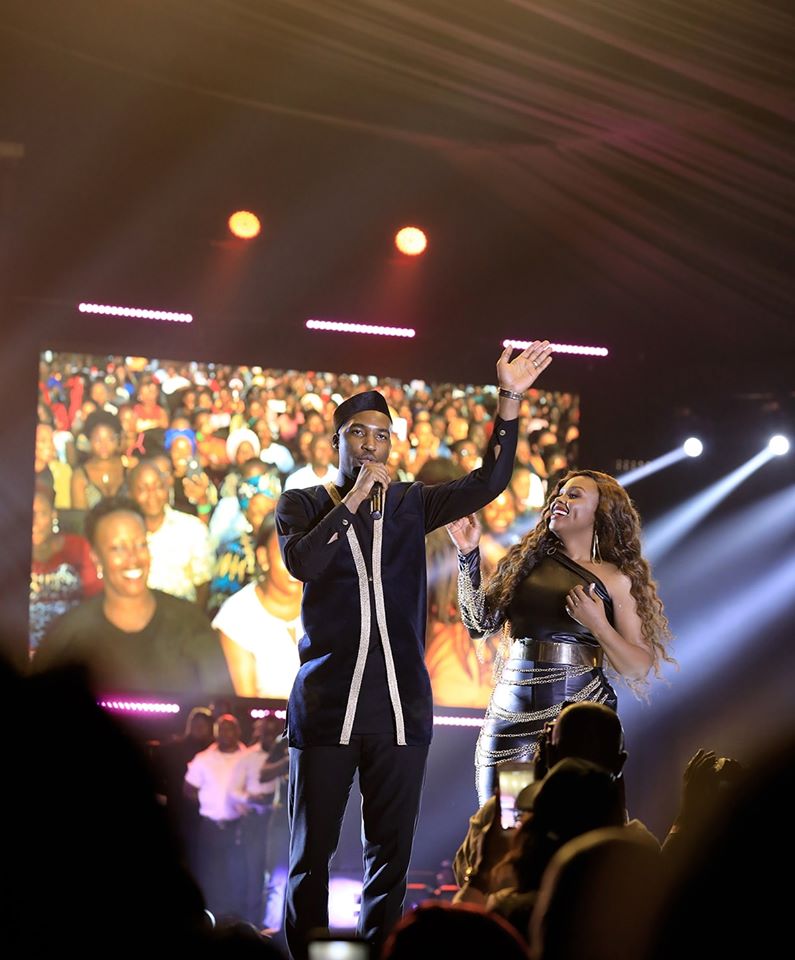 She kicked off her performance with ‘Fire Tonight’. Meanwhile, the presence of her husband Sebunya was a source of excitement at the function. At some moments, cameras and eyes moved from stage to him. Rema also sang songs like ‘Deep in love’, ‘Atuuse’ and ‘Oli Wange’ sending lovers in the house into excitement.

However, as the first session of the show ended, her collabo with Chris Evans dubbed ‘Linda’ brought a moment of chaos. This was after Evans chose to sing lyrics about Kenzo. Rema temporary chased him off stage and Evans apologised. 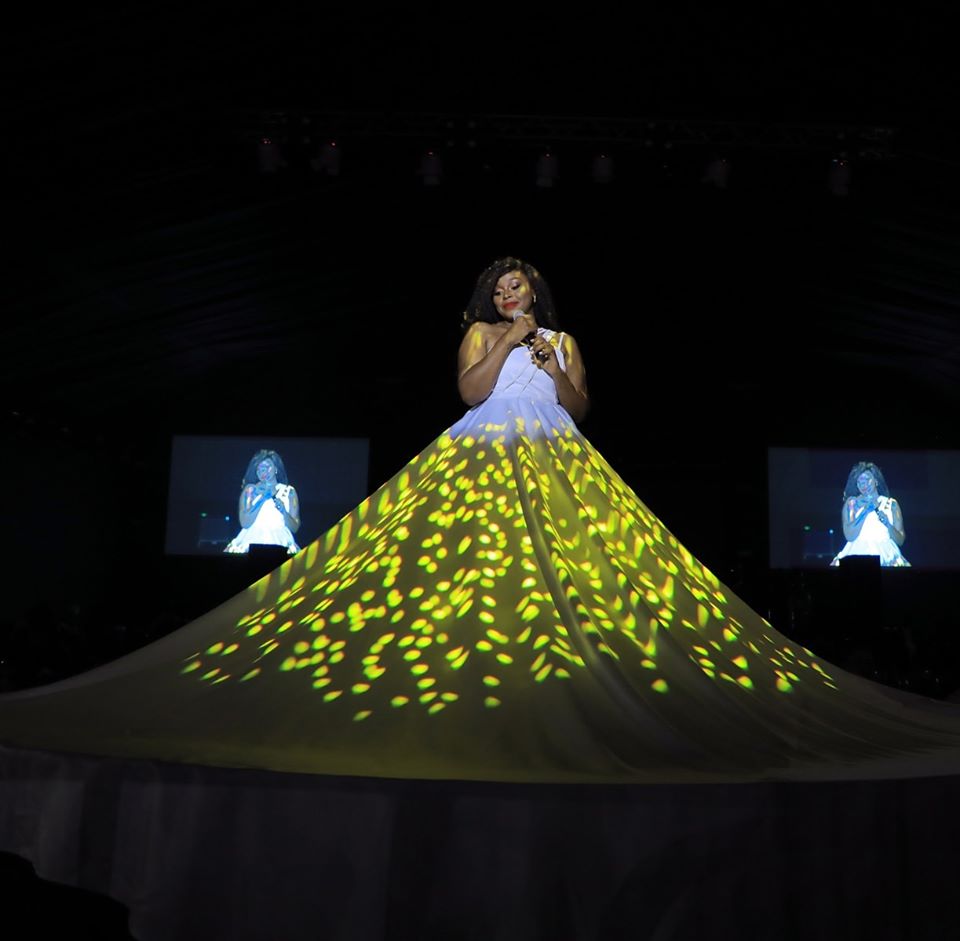 In the second part of the show, Rema appeared in a beautiful glowing white dress, which excited her. She performed a few songs before her husband surprised her with a valentine present on stage. Ykee Benda then joined her to sing ‘whistle’. The highlight of the night however was when she performed her collaboration with the B2C trio. She crowned the night with her latest single ‘Clear’ and thanked her fans for their unwavering support. 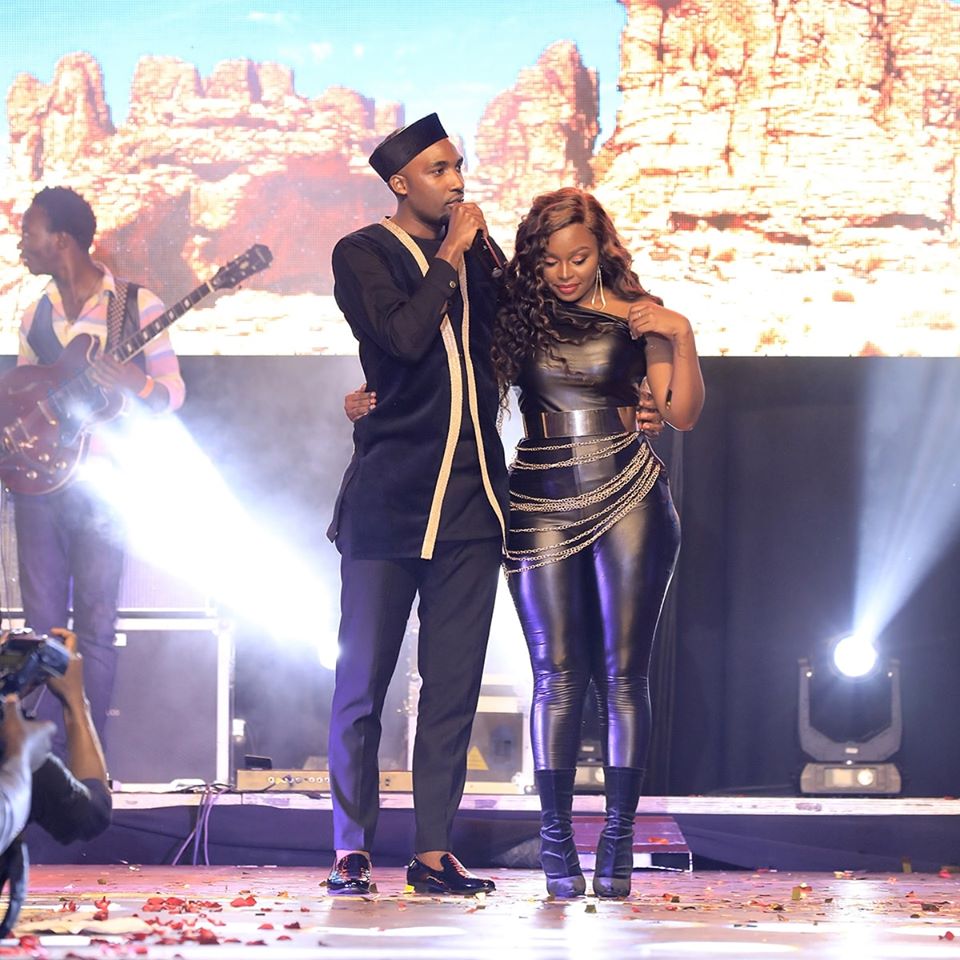 Many leaving the show were heard saying that they were impressed by the performance. 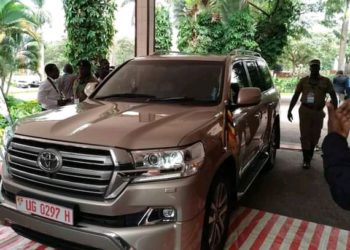