DAR EL SALAAM – The mother of five and businesswoman, Zari Hassan, spared some time off her busy schedule to travel to Tanzania for a charity cause.  Zari’s visit to Tanzania comes days after she clashed bitterly with her Tanzanian ex-husband, Diamond Platnumz who went public on a local radio station claiming that Zari cheated on him with Peter Okoye, one of the Nigerian P-Square duo, and her gym instructor.

Despite the hullaballoo, Zari was overwhelmingly received by Tanzanians who fought their way to the airport just to give her flowers.

Others just wanted to have a glimpse of madam boss and at least take a picture of her.

Zari has never received such an overwhelming welcome.

Not even when she was married to Bongo Flava start Diamond Platinumz. Zari’s amazing welcome and her being guarded by Mwarabu the fighter must have humiliated Diamond so much. 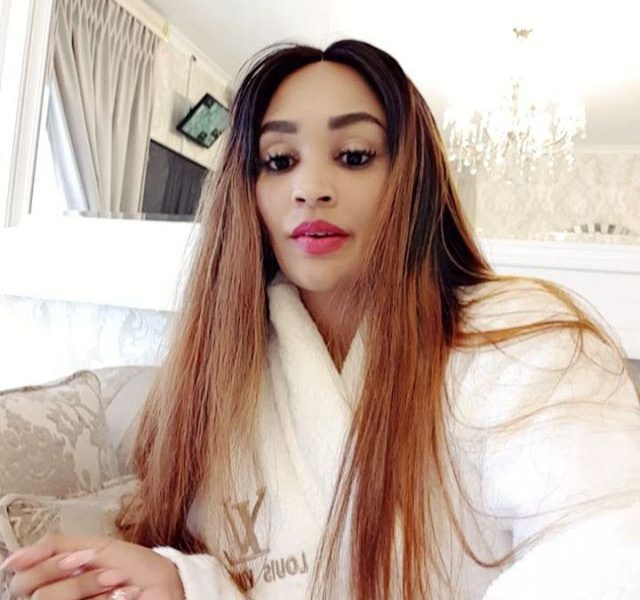 However, Zari was heavily guarded by two bouncers including Mwarabu fighter who used to guard Diamond when they were living as husband and wife.

“It is so beautiful to be back here,” Zari told journalists and the paparazzi that were at the Julius Nyerere International Airport in Dar-es-Salaam

Zari briefly said as she was quickly whisked off to a waiting black Range Rover and other SUVs that sped off straight to her hotel.

Diamond must be worried having left such an influential woman who shakes the ground whenever she goes.

Zari was clear on her Instagram page that she visited Tanzania to do charity work, and not otherwise.

“Allow me to give my special thanks to everyone who came to receive me at the airport, it was overwhelming and the love is so real,” said Zari

Zari is the Softcare Diapers Ambassador in Tanzania and she moved from hospital to hospital distributing Softcare diapers and other products to new mothers.