KAMPALA – Isaiah Katumwa, Uganda’s Kenny G, proves the power of Jazz Music to other genres in a star-studded Jazz show.

This was at his annual International Jazz show held on Tuesday, April 30, at Serena Hotel, featuring renowned international artists such as Darren Rahn, Chris Lang and Angelique Kidjo.

The A-Class event was a meet up for Kampala’s high-end personalities such as diplomats, Ceo’s Managers and upcoming corporates.

Katumwa rocked with powerful performances that kept the audience yearning for more and more before he thanked Chris Lang who gave him a saxophone 19 years ago ,and later the trio together with Darren did a piece called “Siima” that broke the ice and allured the revellers in the right mood of dancing and enjoying not forgetting magical fingers of Charmant on the guitar together with the rest of the band

At 9:50 Darren bounced back with his tracks such as; “Sonic Boom” Deluxe”, ” Rock with you” by Micheal Jackson among others in his set.

“Am glad to be here and what a beautiful country Uganda is, with great music and since I want to keep it simple and the world goes through a lot of stuff, the only way I can pass the message is through music and blessed that my music has been played all over the world and thank God for that. I have been all the World but Uganda has the most friendly people ” Darren Rahn Said.

At 11:00 pm Angelique Kidjo hit the stage donned in a green African fabric backed by her band. She proved that old is gold through her sensational dances and a rendition of Songs like; Retreat song, Kelele, Batonga, Agolo, Malaika,”Houses in motion “, “Pata Pata”,”Wombo Lombo”, ” Lakutshon ILanga” a tribute song for Miriam Makeba with Isaiah, ” Tumba” and “Afirika ” that blew the crowd wild as they sang and danced Crazily while moving in circles until they got to stage which distinguished those with better dancing skills than others as they shook loose to the drummer. 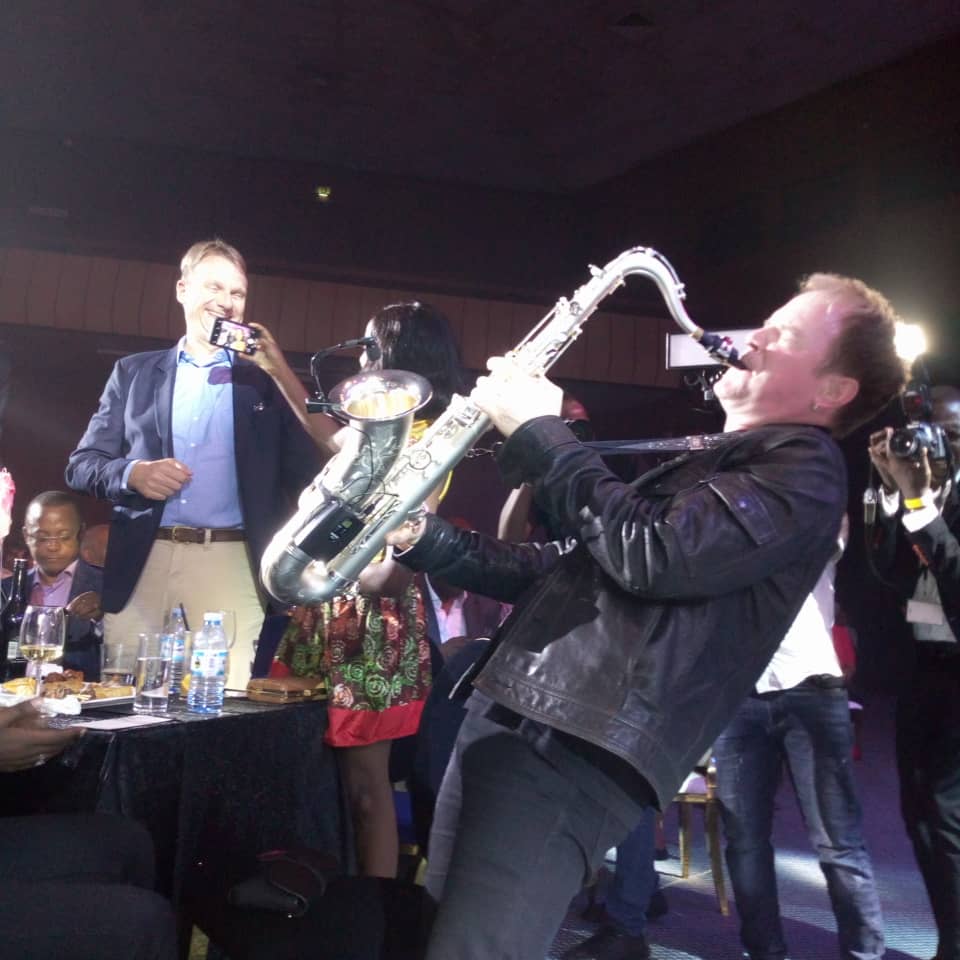 The show was sponsored by Johnie walker, NTV, Radio One, Fenon Events, Pinacle Security among others.