While many around the world speculate whether former Reggae singer turned politician Bobi Wine can derail Yoweri Museveni’s sixth bid, George the Poet’s 11 minute film takes a candid and critical
view on the electoral process and how real change can be implemented outside politics: through music.

Much like Bobi Wine, George the Poet is a fellow Ugandan artist with an interest in politics. The film provides a long term look at Uganda’s problems situated in the African context, and the role of music in implementing change.

“This short film is a reflection on Ugandan politics, from my diaspora perspective. Like many Ugandans, I’m concerned for our country. Politics divides our people, just like it does in the West, and everyone feels frustrated. Police brutality, civilian deaths and military involvement are regular features of our elections – this is not normal. No Ugandan has seen a peaceful transfer of power since colonisation and no Ugandan under 35 has seen a transfer of power at all.”

“I don’t believe the country’s future can be reduced to an election result.”

“I do believe Ugandans will find a way. I believe our young nation has potential that none of its leaders can fully control. We need to develop this potential through new opportunities for change, and we should build on what we’re good at. For many Ugandans, like me, this starts with the creative arts. For
others it could be cultural education, or responsible agribusiness.”

“Our country’s future isn’t just in the hands of the next government – it’s in the destiny of all Ugandans – home and abroad, we’re all represented by the same flag: black, yellow and red,” says George the Poet. 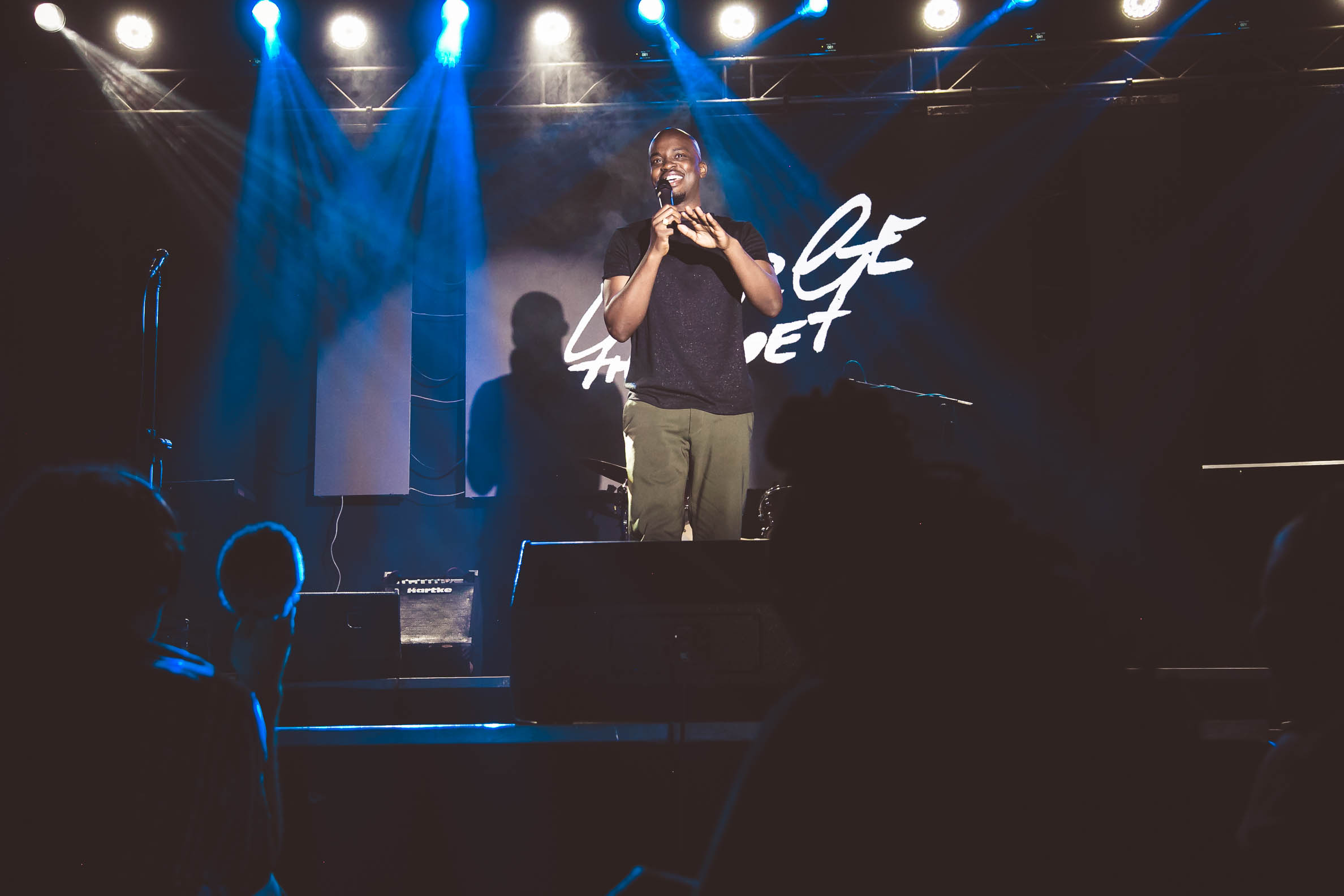 About George the Poet:

George the Poet is a London-born spoken word performer of Ugandan heritage. His innovative brand of musical poetry has won him critical acclaim both as a recording artist and social commentator and seen his work broadcast to billions of people worldwide. In summer of 2018, he opened the Royal Wedding of Prince Harry and Meghan Markle with his poem ‘The Beauty of Union’, and in 2019, his
audio offering ‘Have You Heard George’s Podcast?’ won a prestigious Peabody Award and 5 Gold British Podcast Awards, including the highly-coveted Podcast of the Year. The podcast was described by BBC R4 as “a story that could change the world.”