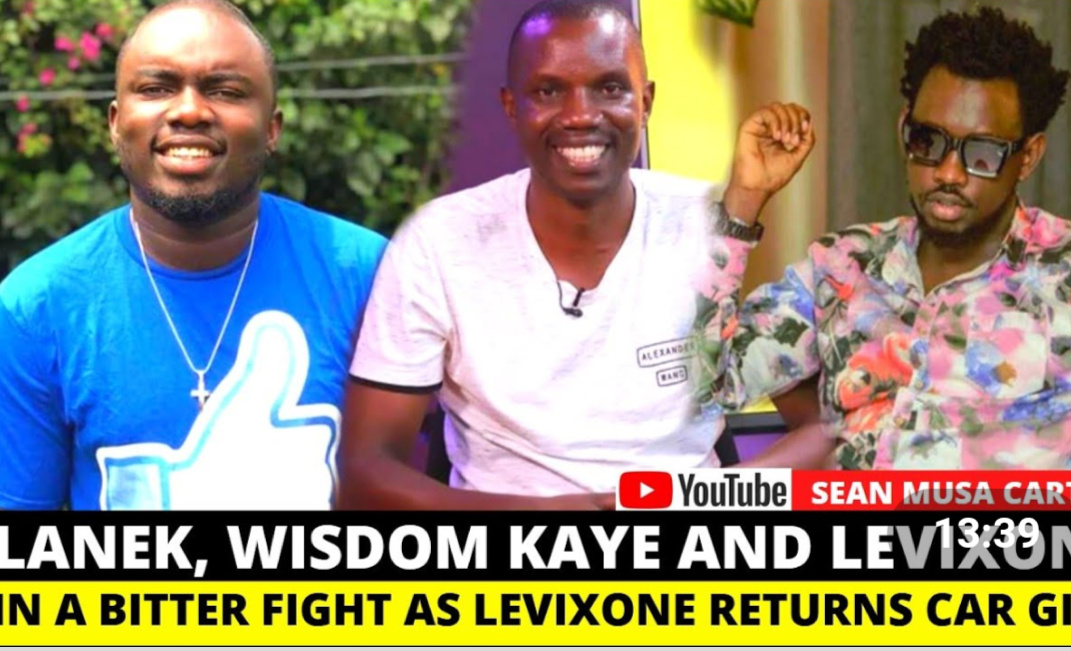 KAMPALA – Sam Lucus Lubyogo better known by his stage name as Levixone is one of the gospel artists in Uganda who is well known for his calm nature, discipline and accommodating behavior.

However, the peaceful artist over the weekend, lost his cool and decided to return a convertible Mercedes Benz that was gifted to him by the president of Gospel artists’ fraternity Denis Lanek alias Afande Lanek.

In an interview with a local TV station, the “Chikibombe” singer noted that he cited faults in statements made by their association president which he found unpleasant on his side prompting him to return the ride.

According to Levixone, Lanek has been riding on the gift of a car to disrespect him and also involve his name in what he termed as unnecessary battles.

It should be recalled that the Mercedes Benz was gifted to Levixone during his 2018 “Turn the Reply” concert which was massively attended at Lugogo Cricket Oval.

Lanek is the president of the Uganda Gospel Singers Association, but recently, a section of gospel singers have been calling him out to resign citing discrepancies in the association.

This is one of the reasons Levixone doesn’t want to associate with Lanek anymore. He feels Lanek lacks the ideal leadership qualities of a gospel association.

Just after Levixone handed the car back to Lanek, the same ride was immediately gifted to motor-mouthed Kaye Wisdom who is the Vice President of Uganda Gospel Artists Association.

Kaye who is also an executive member of the National Culture Forum (NCF), apex body for all associations and federations operating in the arts, culture and creative industry of Uganda could not hide his joy after receiving the vehicle.

Wisdom Kaye is living the dream life-style having been gifted two rides in one week after city tycoon SK Mbuga earlier last week handed him keys to another ride.

In the recent past, Kaye has been a recurrent vocal figure in the media discussing issues regarding Ugandan musicians and the government relationship.