KAMPALA — Thousands of revellers hurled water bottles and other missiles at singer Bebe Cool as he got on stage to perform at Cindy’s boom party.

The moment Bebe Cool who is a President Museveni supporter got on stage, revellers demanded that he gets off, while other irate revellers sent him missiles of bottles, allegedly full of urine.

Hell broke loose when the singer refused to leave the stage. 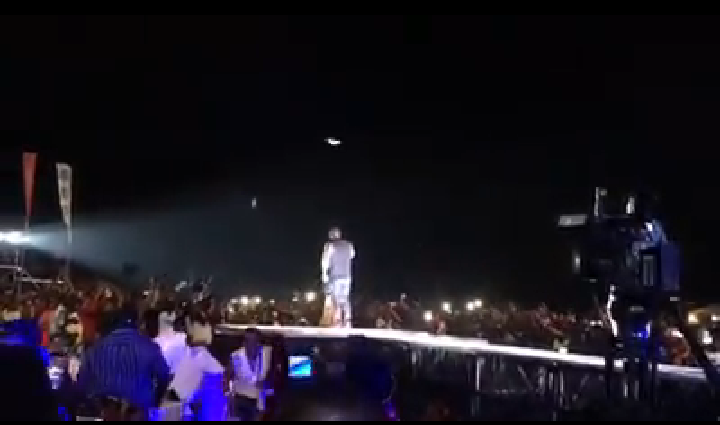 As he continued with performance, revellers heckled and booed him and accused him of conniving with oppressors.

Attempts by the MC to call for order fell on deaf ears and sensing danger, the singer was later whisked away amid pelting of bottles and other objects.

The singer is paying the price after pledging for fighting fellow artistes who refused to pay their allegiance to President Museveni.

Police recently threatened to block music concerts if artistes continue to be pelted with water bottles.

Recently, several artistes, including Full Figure, Catherine Kusasira and Big Eye were pelted with water bottles and heckled off stage, an action that is viewed as a protest against the group’s support of the ruling NRM party.

Police spokesperson Fred Enanga tasked event organisers to ensure safety of the artistes at the concerts.

“We would like to issue a serious warning to event promoters and organisers against acts of disorder by revelers and activists burling bottles and stones during public events and in particular music concerts. We do not want to see a repeat of these ugly incidents which have a potential of putting lives of participants at greater risk,” Mr Enanga said.

He added that sanctions will be taken against events managers if people throw bottles at artistes.