KAMPALA – Beverages giant Coca Cola has announced a partnership with Centre for Peace and Conflict Mitigation (CEPCOM) to put an end to plastic wastes.

CEPCOM is a local NGO, leading the strides of collecting plastic waste to effect cooperation for purchasing sorted recycled bottles.

Speaking at the signing of the MoU, Simon Kaheru, the new Coca Cola Public Affairs and Communications Director in Makindye said food and beverage packaging is an important part of modern lives, yet the world has a packaging problem, which Coca Cola has a responsibility to help solve.

“Clearly, plastic is a significant global challenge. Our commitment is to invest in our planet and our packaging, to help make the world’s packaging problem a thing of the past, focusing on PET plastics,” he said explaining the importance of the partnership in achieving this goal.

“We want to support the government’s environmental management objectives by making recycling more accessible for everybody to get involved.”

On his part, Stephen Kuteesa, the CEPCOM executive director of said that the partnership is crucial to attaining reasonable positive impact from plastic bottles. He also mentioned the impact of their business on women empowerment. 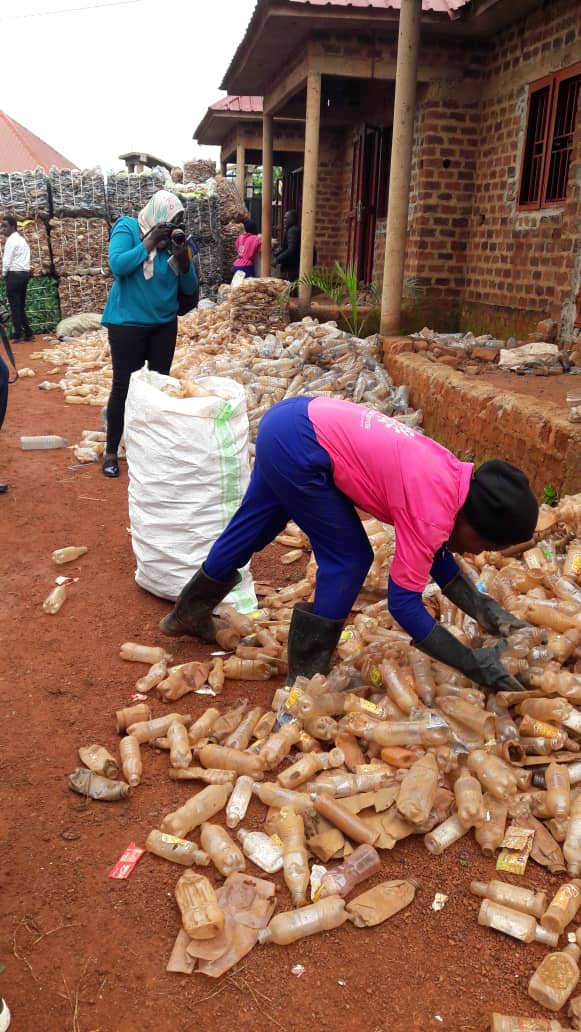 He said NGO works with communities especially women to collect used plastic bottles to preserve the environment as well as creating a source of income.

“We have different women-manned collection centres within Makindye Sabaggabo Municipality. These women work diligently to preserve mother earth as they earn a living. Our target is to elevate communities’ obligation through responsible waste disposal and management complemented with activities that improve their general well fare.”

Environmental degradation is one of the biggest threats in the world. The degradation causes conflict and reduction in security; while conflict destroys the resources and services provided by the environment, which also compromises security.

With an estimate of at least 600 tons of plastic consumed every day in Uganda and most of it disposed of irresponsibly, it is believed that more than half of it is used and disposed of in and around Kampala. At least 51% of plastic garbage in the city is left uncollected leading to sewage system clogging and the related dangers.