KAMPALA – Dr Innocent Nahabwe is a successive entrepreneur, crazy business adventurer and a jack of all trades with a resilient attitude towards investment.

The influential businessman on Friday, July 12, 2019, officially launched his first book which has already sold millions of copies since it hit the store; it is a well-documented summary that vividly describes his entrepreneurial journey thus far.

The colorful event was attended by city tycoon and Chairman of Ruparelia Group Dr. Sudhir Ruparelia who was the Guest of Honour at the book’s launch to which he was invited as a key-note Speaker.

Dr Ruparelia endorsed the inspirational book and stressed the importance of thinking beyond one’s generation when doing business. The business mogul also challenged and reminded the audience at the launch of the significance of practising both honesty and hard work.

The book’s author, Dr Nahabwe ironically trained as a Veterinary Doctor but has now emerged as a very shrewd entrepreneur.

This is the serial tycoon’s maiden book, and it is aptly titled ‘Treating Small Business: Lessons From My Operations.’

The vibrant 38-year-old doctor is the face behind Galaxy FM, Club Amnesia, Kagwirawo Sports Betting and Blue Cube among other valuable enterprises under his belt.

“One of the main reasons for writing and publishing this book is to inspire Ugandans out there to take on this entrepreneurship journey without fear.” Dr Nahabwe said at the book’s launch that held at the Kingdom Kampala.

In the book he narrates his experiences growing up as a child and the challenges he faced along his path to success, he also writes about the multiple businesses he founded in his quest for financial glory. The brilliant entrepreneur spoke to the audience that showed up at his launch and said that if each one of us employed two to three people we would change very Uganda quickly.

The book launch, which also doubled as a networking event for many, was graced by top executives and players from the various sectors like business, entertainment, marketing, media, and players from Uganda’s tourism industry.

The book has so far received a warm and positive response in Uganda and beyond, judging from its well-rated reviews and individual online comments from its readers.

In a nutshell, the hot-selling book has also received public acclaim and has been widely endorsed as a good read by several prominent authors in the publishing industry.

“I am overwhelmed by the response this book has received. Jumia Uganda, who are selling the book online, recently called me to say that they have never sold as many copies for a Ugandan book in this short period of time! They are quite surprised – and so am I!” said an excited and jolly Dr Nahabwe.

Dr. Nahabwe also challenged the audience to use their social media following to their advantage by using their online networks and contacts for something useful and fruitful instead of using it for sharing entertainment stories, gossip, and jokes. 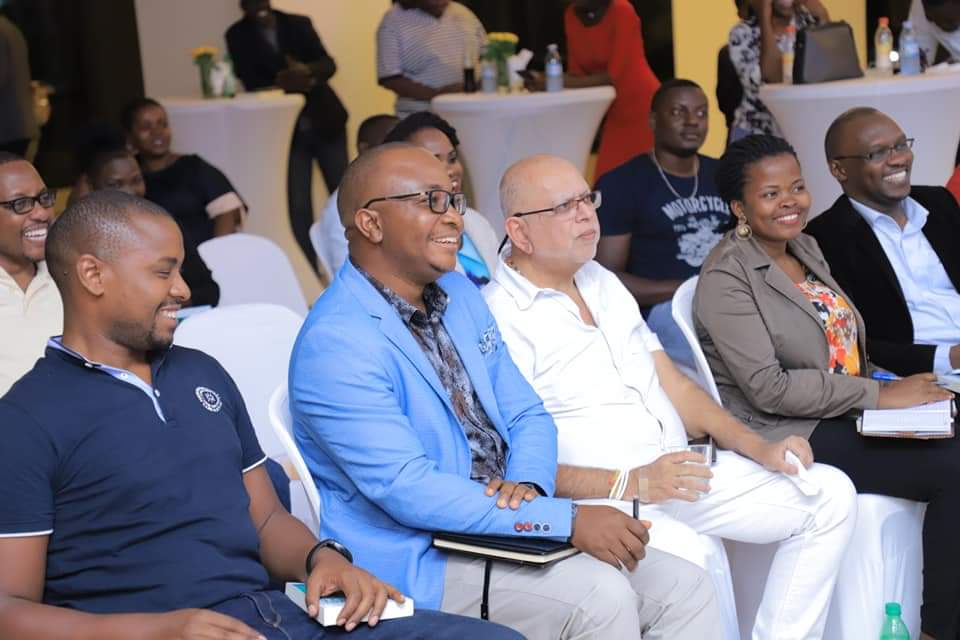 “How much value are the people around us or the people that we live with? Let us utilize these connections that we have by being valuable to each other; remember that value attracts value,” said Dr. Nahabwe.

“In business, it is important to keep your word and maintain consistency which is very, very important. Innocent has worked very hard and is a good man. In our nine years of working together, he has never defaulted on rent and has always paid on time. So, just like him, do not give up and believe in yourself,” Dr. Sudhir said.

At the book launch, Arinaitwe Rugyendo – Managing Director and Co-Founder of Red Pepper publications and Young Engineers- spoke about business resilience and managing partnerships in the African business setting. He also praised Dr. Nahabwe for setting a good example to his fellow entrepreneurs and thanked him for being a good role model for all Ugandans.

“Many Africans are not role models because they have not written about their stories. We need these sort of stories that are more relatable to our local, African context” ‘Treating Small Business: Lessons From My Operations’ is available on Jumia, Kindle, Aristoc and other major bookstores countrywide.

Dr. Nahabwe was born in Ntungamo district to Igusha Rwakanengyere and Florence Bananukire. He went to St Mukasa Preparatory Seminary in Sheema, Kitabi Seminary and St. Joseph’s Vocational School Mbarara. He then proceeded to Makerere University for a Bachelor’s Degree in Veterinary Medicine and most recently his Master’s of Science in Marketing.

Here is a compilation of reader reviews and assessments from a cross-section of Ugandans who have had the opportunity to delve into the fascinating book:

· Robert Kabushenga, Vision Group?: “Now this is a story worth reading! Dr. Nahabwe has done a good job. Seeing as we have been in the business of approving set books by local entrepreneurs to be read in schools, this one more than makes the cut.”

·Kyamutetera Muhereza, CEO Magazine: “The book is a smooth-reading and relatable practical story on how to handle partnerships, money, people, competition and marketing and remaining sane in a crazy business environment”

·Joshua Mazune, Nzuri Group: “This has been a fantastic read. So many lessons learned, so many similar experiences”

Owenyonyii, D Nation Events: “Treating small businesses is a good one for all of us with business dreams, you all need to get a copy”

· Noah Nyabwana?, Rotary Uganda: “Awesome read this one has been. It has been worth the time. Every page has relatable wisdom inscribed and a book I’d recommend my peers to read” ·

· Baz Waiswa, Earthfinds: “If you want far important things there is a good new book about running businesses worthy a read”

·Julius Kyazze, Buzz Entertainment & Swangz Avenue: “The book is an easy read told with humour yet deeply underlining key lessons for many of us running similar small ventures. I don’t know many entrepreneurs of our generation that self-promote their businesses the way Dr. Nahabwe does. This is a brilliant book with so much to relate to as a business person”

· Rhyman Alphred Agaba, PML Daily: “The book is a silky mélange of tips on how to handle partnerships, money, people, competition and marketing and how to remain mentally stable in a cut-throat business environment”