KAMPALA – It was all cheers, style and smiles at the second edition of Mr.& Miss Victoria University held on Saturday, June 8, at Speke Resort Munyonyo.

Robert Ssekamaanya, a student of Oil & Gas, and Nhial Achan Bol pursuing Nursing were crowned the winners of the night beating other contestants to the crown in the pageant.

There were various categories such as casual, professional, creative, cultural and ball gowns wears that each of them had to showcase in order to win the hearts of the judges lead by Leah Kagasa, former miss Uganda and Mr. Fred Kasirye.

“Am in shock that I have been able to win this because I did not expect this and very grateful to God and everyone who has encouraged me,” happily said Robert Ssekamaanya, the winner Mr.Victoria University. 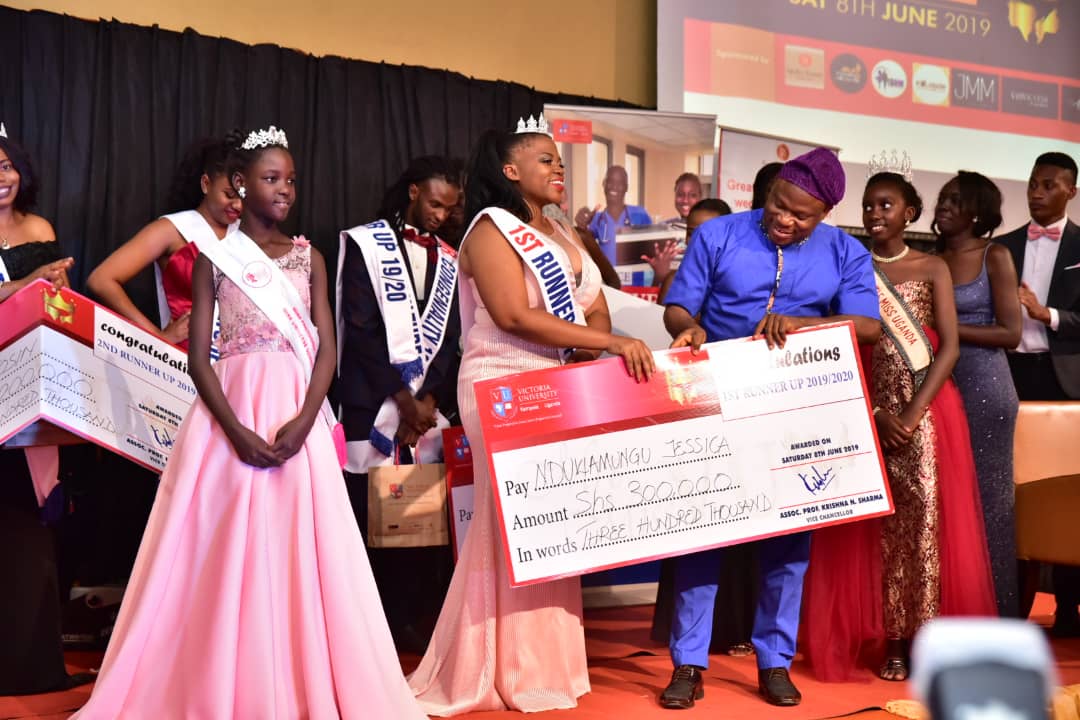 As the night ascended, there was a spectacular performance from Ykee Benda the main act of the evening all clad in blue jeans and jacket attire who blew the audience wild and nearly forgot that they had come for a pageant.
He delivered his songs such as ” Whistle”, ” Malaika,” “Amina”, ” Superman”,” Maradona” among others.