Are we too busy for others? 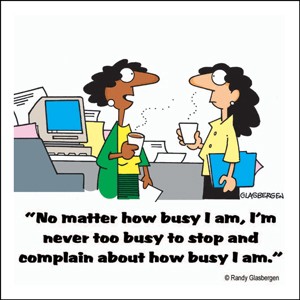 KAMPALA – I am sick and tired of the word “busy”. Sometimes life gets so hectic that all we can do is call or text the ones we love, and that too can also fail. There are people who matter to us but we can’t reach out to them as often as we’d want to, yet we have their contacts. Meeting up has become very complicated as we have tight schedules.

Early last year, I received the saddest news about the loss of my best friend Joseph, he was battling Leukaemia for quite some time. We had promised ourselves to meet on many occasions but for some reason, we kept on postponing.

I last saw Joseph in 2014 and he was really ill, so thin and moved with little energy, but he assured me he was better compared to the state he was in before. We had a lot to catch up on but his physical appearance was worrying. Something was eating him up.

He gladly told me that the doctors had carried out different tests and assured him that the blood cancer was no more and that he was to stop using medication. Somehow, this disturbed my mind, why would doctors say so to a person who has lived on medicine most of his life? Was it the best decision? I asked myself. But then I remembered miracles happen.

We then went our separate ways, knowing he was free from the illness. We would text more often and sometimes talk on phone.

The last time we texted, Caleb had been offline for about a week and this worried me, when I asked him whether all was well, he said he almost lost his life to malaria but he was strong. Men will always say they are okay just to seem strong.

Eight days later, I received a message from a colleague that he had gone to meet the Lord. I was shattered and confused; I wish I was there to give him all the necessary support when he was still alive. I blamed myself and I still do.

To make matters worse, I wasn’t able to bury him because it all happened so fast and I wasn’t around.

Two years back, I lost another friend to cancer. Still we failed to meet and also wasn’t able to bury him.

Well, I have come to notice that everyone is important; their importance is even felt more when we can’t see or talk to them anymore.

When you still have a chance, spare some time and check on your friends, they could be suffering when all they need is a friend to talk to or pray with.

Let us not rush to give condolence messages and contributions yet we had a chance to make a difference in someone’s life but didn’t make the time.

Being “too busy” doesn’t mean you are productive

Being busy is based on choice as well as your time management skills, it doesn’t mean you are productive. We can choose to wear the number of hours we work every week as a badge of honour, thrusting it into the face of anyone we meet and complaining about how many hours we have spent at the office, OR we can face up to the real reasons why we are working so long.

Don’t get stuck in ‘The Busy Trap’ thinking that the busier you are and the longer hours you are present at work = a better person. Who would you rather be? Someone who is efficient and has the time to do what they want to do OR someone who always complains about being too busy but never does anything about it?