The Girlie ‘O’ hitmaker and the Kenyan boy band that is comprised of Bien-Aimé Baraza, Willis Chimano, and Savara Mudigi have a music collabo with a Nigerian artiste Patoranking known as Melalin in which they had earlier confirmed to perform in the city. 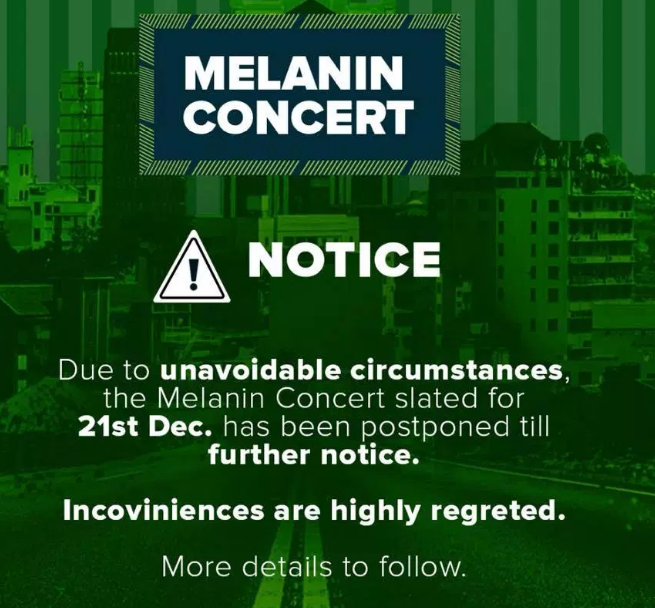 Patoranking who was seen performing at the UBA Group staff party Sunday evening was expected in the country sometime this week but all this is now up in dust as the organisers have called the show off.

It’s not yet clear for the cancellation as the organisers only said; “Due to unavoidable circumstances, the Melanin concert slated for 21st December has been postponed till further notice. Inconveniences are highly regretted.”

OPINION! Is the Kabaka sick? 66th birthday celebrated amidst mixed emotions from his subjects