In this second and last part of our two-part series focusing on Uganda’s Health sector, PML Daily’s Javira Ssebwami looks at how massive investments in the infrastructure has boosted the sector’s confidence to deliver effective services.

KAMPALA – The Health Sector Development Plan II (HSDPII) provided the health sector commitments and priorities for the last 5 years and it is being fully integrated into the overall NDPIII.

HSDPII fulfills the country’s aspirations expressed in the vision 2040 and that of the Health Sector Policy 2015. The strategies in adhering to the Universal Health Coverage (UHC) principles towards the realization of the Sustainable Development Goals (SDGs) and other global and regional health commitments.

Over the years, the government has increased the number of health facilities, as well as addressed their state, and their accessibility. 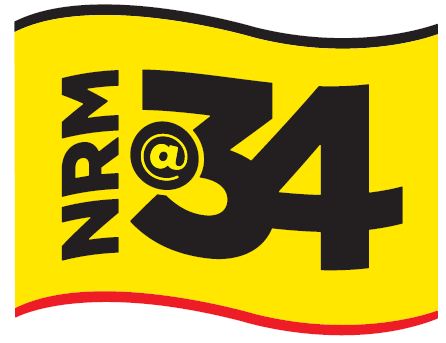 There are also two specialised institutes; the Uganda Heart Institute and the Uganda Cancer Institute. There are also five National Referral Hospitals including Mulago, Kawempe, Kirudu, Nagulu and Butabika national referral hospitals. Kawempe, Kirudu, and Nagulu were constructed to decongest Mulago hospital and allow it to handle only super specialised cases, and that is what they are doing, and enhancing their capacity to do. There are 14 regional referral hospitals across the country and 169 general hospitals, 194 HC1Vs, and the rest are HCIIIs and HCIIs.

The policy of the NRM government is to have an HC3 in every sub-county.

HCIIs were just out-posts, and thus following the HSDP that states that these should be consolidated to reach more people, they are as a result of being upgraded to HCIIIs, and the ministry is in the process of building HCIIIs in sub-counties where they do not exist and there is none to upgrade.

Also, in sub-counties that are big, two facilities will be built. The target is to have every population within a 4km reach of the health facility by 2022.

There has also been rehabilitation and equipping of a number of hospitals that have been in a dilapidated state. Nine general hospitals have so far been rehabilitated and equipped; including Mityana, Nakaseke, Kiryandongo, Entebbe Grade B, Nebbi, Anaka, Iganga, Moyo and Moroto Regional Referral Hospital.

10 Theatres and 16 Maternity Wards were also constructed and ensured that they and other 27 HCIV that were renovated and equipped have enough water supply by installing 40,000 liter-reservoirs.

Kayunga hospital has also been rehabilitated, and according to sources will soon be upgraded to a regional referral hospital to reduce the burden that Jinja referral has been carrying.

The facility has been serving over 14 districts instead of 8 districts recommended by the health sector policy.

Kawolo hospital was also rehabilitated and equipped, as well as Yumbe hospital which will be completed soon.

Busolwe Hospital will be embarked on soon too.

The ministry planned to upgrade 320 HCIIs to HCIIIs, and so far, 120 have been completed, 60 are in the process and 75 will be handled in the next financial year and will be completed before the next elections. In this upgrade, 20 Bed Maternity Block, Staff Houses, Refurbishment and expansion of existing OPDs, Placenta Pit, Medical Waste Pit, VIP Latrines and Land Scaping of the Compound are done.

In response to the increasing population, some HCIVs were upgraded to hospitals. These are Kaberamaido, Rukunyu, and Amuria HC IVs.

Kasana – Luwero HC IV, Mukono HC IV, and Koboko HC IV are also being upgraded to hospitals in a phased manner, and are to become operational by June 2020. 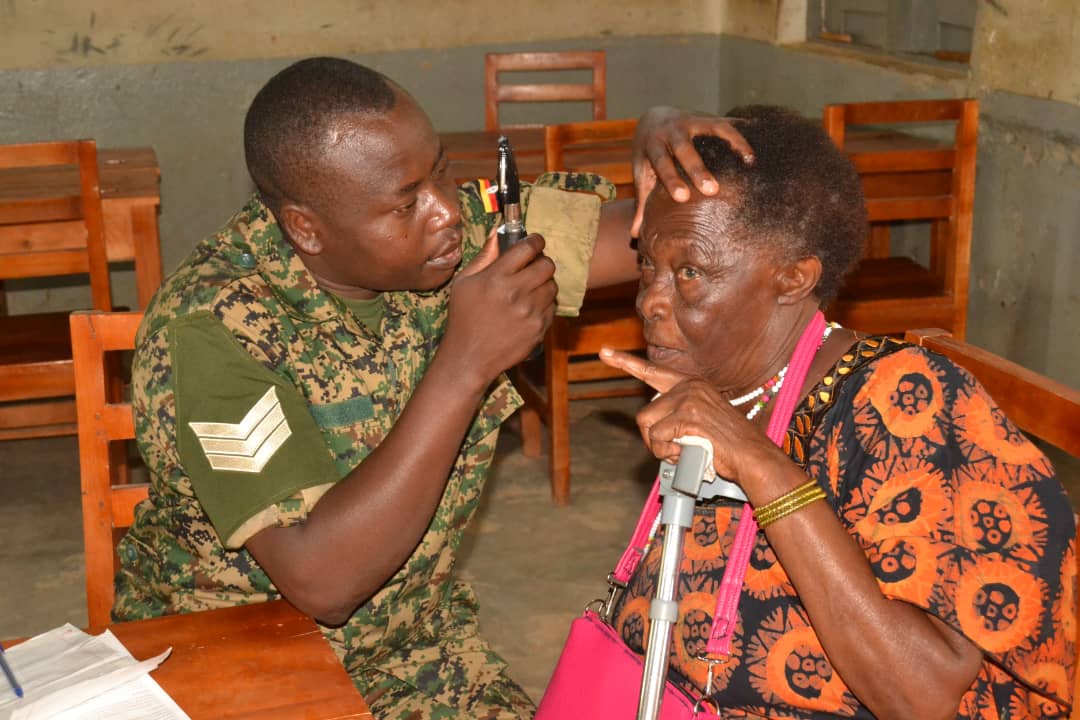 For Northern Uganda, funding was provided under NUSAF, and the districts handled the construction and they all have completed.

Karamoja region was treated special and had the grant to build health worker’s accommodation. Construction of 34 blocks of 2 bedroomed semi-detached Staff Houses for 68 Staff at selected Public and Private – Not – For – Profit Health Centre IIIs in the 07 Districts of Kaabong (3), Kotido (8), Abim (5), Moroto (3), Napak (7), Amudat (4) and Nakapiripirit (4).

The progress of works in phase I districts of Abim, Kotido, and Kaabong is 85%, and in the phase II districts of Napak and Moroto, progress is at 36%, while in Amudat, Nakapiripirit and Nabilatuk, progress is at 15% to completion. Other regions are supported through the institutional support grant to ensure that health workers have accommodation.

The Government approved the construction of the International Specialised Hospital of Uganda (ISHU) in Lubowa pursuant to a Project Works Investment Agreement (PWIA) signed in October 2015.

Subsequently, GOU contracted Finasi/Roko SPV Ltd to execute this project. ISHU will be specialized referral, tertiary treatment, research, and teaching hospital, which is intended to treat patients travelling out of the country to seek specialized medical care. In 2017, it was estimated that Ugandan patients spent an estimated US$186 million on medical treatment abroad. Although there were delays in the commencement of construction, the project has kicked off, and so far, excavation has been completed and materials are being organised. Construction will commence by February 2020.

While there still gaps, the level of availability of health workers stands at 75%.

Nurses cadre and the Allied Health Professionals make up the majority of 75%. Health Ministry says the critical deficit is for specialists and anesthesiologists. To address this issue, over 300 anaesthesiologists were recently trained and the ministry is working with the Ministry of Public Service to ensure that they are recruited into service by provision of a wage bill so that the HC IVs and other hospitals are functionalized.

Regarding the specialists, the government has been deliberately enhancing salaries.

Currently, specialists are being paid UGX.7 million, President Yoweri Museveni gave a directive that their salaries be enhanced to between UGX 12 to 15 Million.

Mr. Museveni thinks that this will probably attract specialists and address the gaps in human resources.

Availably of medicines go hand-in-hand availability of health workers in health service delivery. The government of Uganda has been increasing funding for medicines, and to date, it has increased to nearly UGX 300 Billion for essential medicines and health supplies.

It will still not be enough because the population is high and the disease burden due to communicable diseases is also still high. But the government is committed to ensuring that medicines are available to all who need it. The Ministry of Health is, however, emphasizing disease prevention rather than treatment, because treating diseases like malaria, diarrhoea, and pneumonia is a bottomless pit, and thus emphasis is on prevention than treatment.

Status of HIV/AIDS in Uganda

Regarding HIV/AIDS, the country has made very good progress. To date, Uganda has over 1,150, 000 people on ARVs. That leaves about 200 people not yet on drugs, but within the next financial year, the ministry says it is optimistic that they will all be on treatment, as when the viral load is suppressed, the possibility of transmission is limited.

In this respect, the government has been increasing funding for ARVs. Currently, government investment alone is at USD 32 million per year for medicines. PEPFAR supplements gaps by USD 18 million, and the rest of their funding goes to support the Private not-for-profit. PPEPFAR funding majorly goes to education, support to the vulnerable and the special groups. Global Fund FOR AIDS, TB, and Malaria supports the government.

The cycle ending this year (2020), Global Fund gave up to USD 389 million, out of which, over USD 170 million was for ARVs over a three-year period.

Moving forward, the Global fund contribution to Uganda has enormously increased, putting Uganda at a 5th position with the largest portfolio of USD 579 Million, the largest portfolio being Nigeria. Because of that, HIV has a funding of about USD 289 Million. This will ensure that everybody who tests HIV positive starts the treatment, and there is hope to reach epidemic control by 2021 – meaning that 95% of the population tests for HIV, 95% of those tested HIV positive are started on treatment, and 95% of those on treatment have viral load suppression.

Cognizant that the partners will not stay forever, the parliament of Uganda came up with the HIV Trust Fund. Its regulations were approved by Parliament, and the Ministry of Finance is working out modalities of ensuring that the trust fund is implemented.

However, this requires an amendment to some of the existing laws like the Public Finance and Management Act and the Treasury Bill which requires that all funds first go to the treasury; because the HIV law was very clear that the Trust Fund should not go back to the treasury. There is hope that by June 2020, the Trust fund will come into force.

Tuberculosis is also another disease that the government of Uganda has been fighting since 1986. Success has been registered with an increased Case Detection Rate of 56% (52,458 cases) in 2017/18 from 50% in 2016/17, and Treatment Success Rate at 70%. This has been possible with the provision of 225 GeneXpert machines that were procured and distributed to all hospitals and 117 HC IVs to strengthen the diagnosis and treatment of TB. Also, 17 Multi-Drug Resistant (MDR) TB treatment sites have been established at Mulago National Referral Hospital, all the 13 Regional Referral Hospitals of Kitgum, Iganga and St. Kizito Matany General Hospitals. 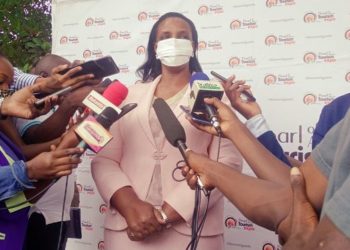