Alzheimer’s disease is real but could be prevented

MBALE – Ms Sarah Wanyenze, 68, walks up and down her compound in Bisajjabwankuba carrying garbage from one side of the compound into the house.

Although just eight years ago she was a registered nurse at Mbale regional referral, today she does not remember anything related to medicine at all.

Ms Susan Kiboko, her daughter and care taker says at times she walks into the bedroom to ease herself and them comes out

“There is memory loss and confusion which is extremely difficult for me as a caretaker to understand but I have learnt one thing; she requires much patience and understanding,” said Ms Kiboko.

She revealed that sometimes she puts things in odd places and cannot find them and that she also does not have the ability to retrace her steps and “it is not unusual to have her accuse those around her of ‘hiding’ or ‘stealing’ objects from her,” she adds.

She said throughout her time as a caretaker of her mother, she has noticed that she is usually anxious, irritable, withdrawn, sad, angry, depressed and frustrated.

“And there is obvious reduction in confidence and interest in things she used to like, she sometimes may even neglect her appearance and personal hygiene,” said Ms Kiboko.

Many people in the village whenever they come across her behaving in this peculiar manner, usually ignore her and quickly attribute her odd behaviour to insanity, attention seeking, or witchcraft.

She adds that the condition then results in behavioural declines severe enough to affect every day functioning. Symptoms usually develop slowly and get worse overtime. Becoming severe enough to interfere with daily tasks.

A research paper entitled; A Case of Alzheimer’s Dementia in Uganda 2015, found out that 13.2 % of all elderly patients of >60 years admitted on non-psychiatric wards had dementia followed by depression as the two most common psychiatric diseases of the elderly and that in Uganda about 2.1 % of the total Ugandan population is over 65 % and 4.6 % is over 60.

A mini survey carried out at different hospitals in Kampala revealed that the disease has affected a significant number of elderly patients.

What is debatable, however, is the idea that it could have existed for many years in our communities but was misunderstood and was associated with witchcraft and another local ailment dubbed “buyazi bwe bu kulu”,[loosely meaning madness of oldage]

Dr Dominic Waburoko, the chairman Board Mbale regional hospital explained that Alzheimer’s is a relatively common disease among the elderly the world over, Uganda inclusive and that it is a form of dementia (this is a general term for memory loss and other intellectual abilities serious enough to interfere with daily life).

He added that with the disease the memory loss is so severe that it interferes with one’s day-to-day life. It usually begins with difficulty remembering newly learned information.

He said however, although related, Alzheimer and Dementia are different, Dementia is not a disease per se but encompasses a wide range of symptoms associated with a decline in memory and other thinking abilities severe enough to reduce a person’s ability to perform everyday activities.

According to Dr Waburoko, there could be many elderly people who are in prisons and psychiatric hospitals just because many people don’t understand this condition.

He adds that perhaps it is such ignorance that leads to the loss of many elderly lives to the disease annually in Uganda, according to World Life Expectancy, a leading health research organisation.

Dr Waburoko says most of the symptoms in Alzheimer disease occur when the brain is damaged by certain diseases.

He revealed that the main symptom of Alzheimer’s is memory loss that disrupts daily life. The patient starts by manifesting small signs but they get worse as the disease progresses.

According to Dr Nakasujja, people with Alzheimer’s disease have been found to have abnormal amounts of protein (amyloid plaques), fibres (tau tangles) and a decrease of the chemical called acetylcholine in the brain.

According to WHO, there is also memory loss that disrupts daily life., challenges in planning or solving problems, difficulties in completing familiar tasks at home, at work or at leisure, confusion with time or place. And trouble understanding visual images and spatial relationships.

Dr Waburoko says there is general reduced ability to take in and remember new information, which can lead, for example, to: repetitive questions or conversations, misplacing personal belongings, forgetting events or appointments and getting lost on a familiar route.

He adds that like in the case of Ms Wanyenze there is also impairments to reasoning and exercising judgment, for example: poor understanding of safety risks, inability to manage finances, poor decision-making ability and inability to plan complex or sequential activities,

“There is also impaired visuospatial abilities that are not, for example, due to eye sight problems and these could be inability to recognize faces or common objects or to find objects in direct view, inability to use simple tools, for example, to orient clothing to the body and impaired speaking, reading and writing,” said Dr Waburoko.

WHO says that when visuospatial deficits are most prominent, they will lead to inability to recognize objects and faces, difficulty comprehending separate parts of a scene at once and difficulty with reading text, known as alexia.

Experts add that the most prominent deficits in executive dysfunction would be to do with reasoning, judgment, and problem-solving.

Records indicate that Alzheimer disease is the most common form of dementia, which the World Health Organisation (WHO) says affects nearly 50 million people worldwide, with some 7.7 million new cases diagnosed every year.

WHO estimates that up to half the cases of Alzheimer’s disease worldwide may be the result of seven key modifiable risk factors: diabetes, high blood pressure, obesity, smoking, depression, cognitive inactivity or low education and physical inactivity.

Like all types of dementia, Alzheimer’s is caused by brain cell death. It is a neurodegenerative disease, which means there is progressive brain cell death that happens over time. In a person with Alzheimer’s, the tissue has fewer and fewer nerve cells and connections .Feb 13, 2018.

Early-onset Alzheimer’s disease occurs between a person’s 30s to mid-60s and represents less than 10 percent of all people with Alzheimer’s. Some cases are caused by an inherited change in one of three genes, resulting in a type known as early-onset familial Alzheimer’s disease, or FAD.Apr 26, 2019.

According to Dr Andrew Kasolo, Mbale regional hospital, like all types of dementia, Alzheimer is cased by brain cell death, it is a neurodegenerative disease, which means there is progressive brain cell death that happens over time.

www,nwkaaa.com website on Alzheimer disease says that unavoidable risk factors for developing the condition include; aging, a family history of Alzheimer’s and carrying certain genes.

Medical doctors agree that Alzheimer is real, it is not just a “Western” problem as some people like to refer to it but that the public at large is unaware of the complexities faced by those vulnerable groups of people.

Dr Kasolo explains that the problems of people living with Alzheimer are perpetuated by poverty, stigmatisation and further exclusion from the society and that they need love.

He added that Alzheimer gradually eats away layer after layer of human functioning, starting with memory and decision-making capability before attacking language, judgment, ability to communicate, walk and, self-care capacity.

Dr Waburoko says that for Ms Wanyenze’s case, the Care giver should amidst the serious challenges; acknowledge that the best way of helping an Alzheimer’s patient is showing them love.

“There might not be a medical cure for Alzheimer, but give the patients love because it requires the emotional cure the patients need. This love and support can prolong the years they are expected to live,” says Dr Waburoko. 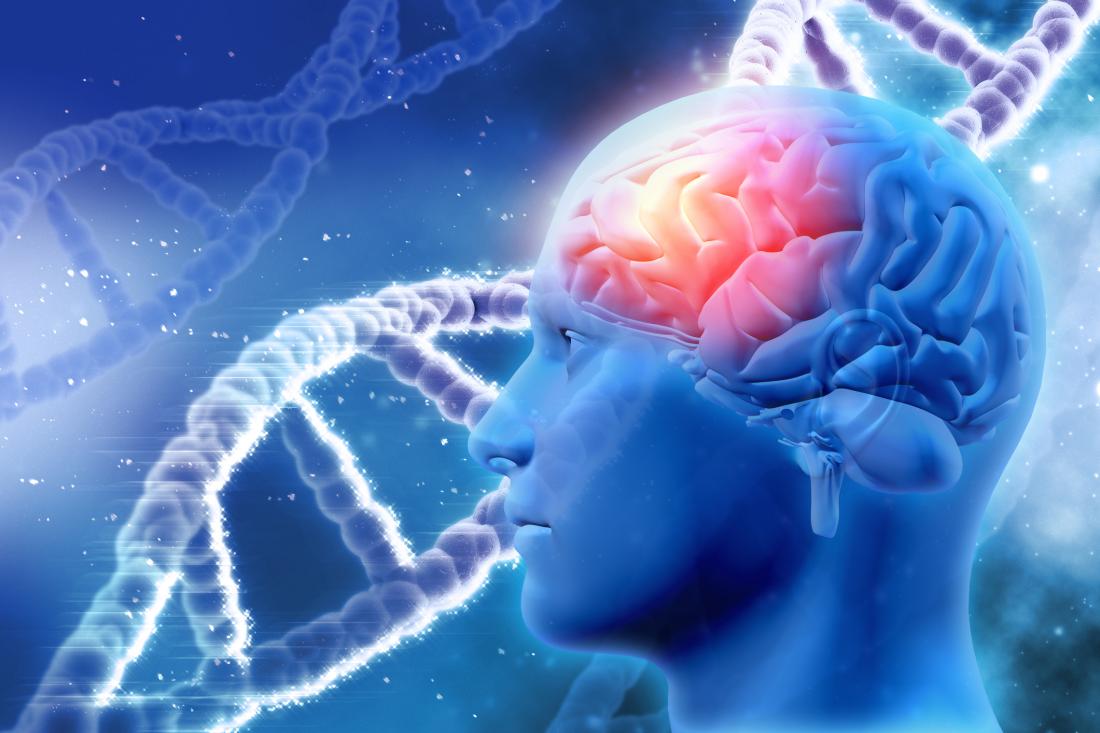 How to prevent Alzheimer’s?
-Medical experts agree that since there is no cure there are preventive and ameliorative measures since the disease cannot be cured.

-Modifiable factors that may help prevent Alzheimer’s include:

managing the risk of cardiovascular disease, diabetes, obesity, smoking and high blood pressure.
•Look after your heart, if you have disease of the heart or are hypertensive make sure you are treated and maintain therapy.
•Try to be physically active, through walks and exercises.
•Eat healthy- Lots of vegetables and fruits, avoid fatty foods and a heady carbohydrate diet
•Challenge you brain with activities like reading, filling in word and number puzzles.
Treatment
Azheimer’s could also be managed treatment which involves the use of medication as well as behavioral approaches.

There are a few drugs are available on the market for the decrease in the process of deterioration.
The condition can be treated by psychiatrists, psychologists and neurologists at hospitals in Uganda and the treatment is rather specialized.

Early Signs and Symptoms of Alzheimer’s