Zari Hassan has revealed that she left Diamond Platinumz with whom they have two children, because she wanted her sons to know that no woman should be ever be mistreated, or cheated on.

The socialite, who is in Nairobi for a charity concert dubbed Colour Purple Concert aimed at creating cancer awareness said during a radio interview: “I realised I was settling for so little, here I was loving this person and giving my all and this person wasn’t appreciative and was repeatedly disrespecting me.”

The mother of five said it being that her sons(she had with Ivan) nolonger have a father figure, she couldn’t stand being in a relationship that wasn’t a good example to her children, adding that the insults and everything being on social media which her sons can access made her guilty for staying in an unhealthy relationship.

Zari is in the company of Talent Africa CEO Ali Alibhai and wife Sylvia Namutebi Alibhai and the three did some charity work where they visited Kayole Women’s Health Centre and gave expectant mothers SoftCareDiapers which Zari is a brand ambassador of.

They also visited a primary school where they gave inspirational speeches and sanitary towels.

Zari is expected to start a reality show in June called ‘Life of ZariTheBossLady’ where she promises to reveal the truth about her life. 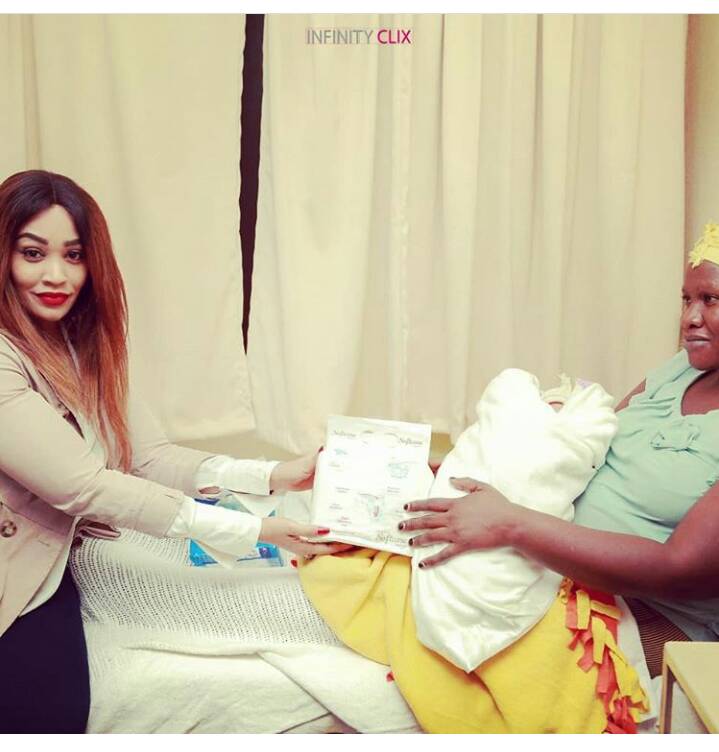