KABALE — A one Grace Kamuhanda Nyakaishikyi has dragged dfcu Bank to Police’s Directorate of Crimes Investigations Division—accusing the bank officials of stealing her late father’s saving amounting to UGX. 77m

Ms. Kamuhanda claims that the case was brought to the attention of dfcu bank’s top leadership three years ago but officials just buried matter.

She noted that Ms. Tumwijukye connived with dfcu bank manager Kabale branch and the the Bank’s legal department to transfer money from her late father’s account Mzeei Kamuhanda. 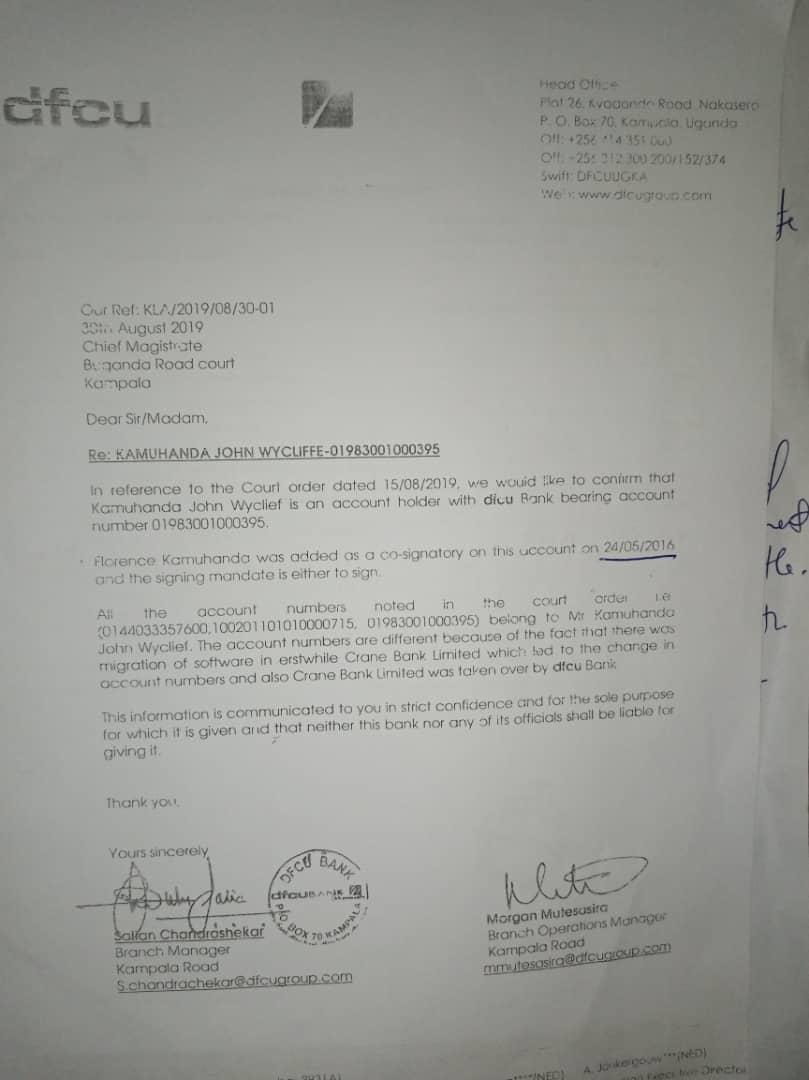 Ms. Kamuhanda claims the money was transferred on February 2, 2018 from an account to whom she’s a signatory to Ms Florence Tumwijukye without her authorisation and knowledge.

dfcu Bank in 2018 and 2019 confirmed being hit by a huge fraud that involved loss of billions of customers’ money.

The money, hackers stole from dfcu Bank was reported at $2.6m (about UGX10b) rising from the initial figure of UGX700m.

The bank identified a high-value transfer, and following an audit, a number of discrepancies were identified.

Corroborating on the same, dfcu management confirmed that Police was notified on the fraud and that bank staffs were being investigated.

It is not clear whether Ms. Kamuhanda’s missing money is part of the scam that rocked dfcu.

dfcu bank in one of the letters said the money was transferred during the migration from Crane Bank take over in 2017. 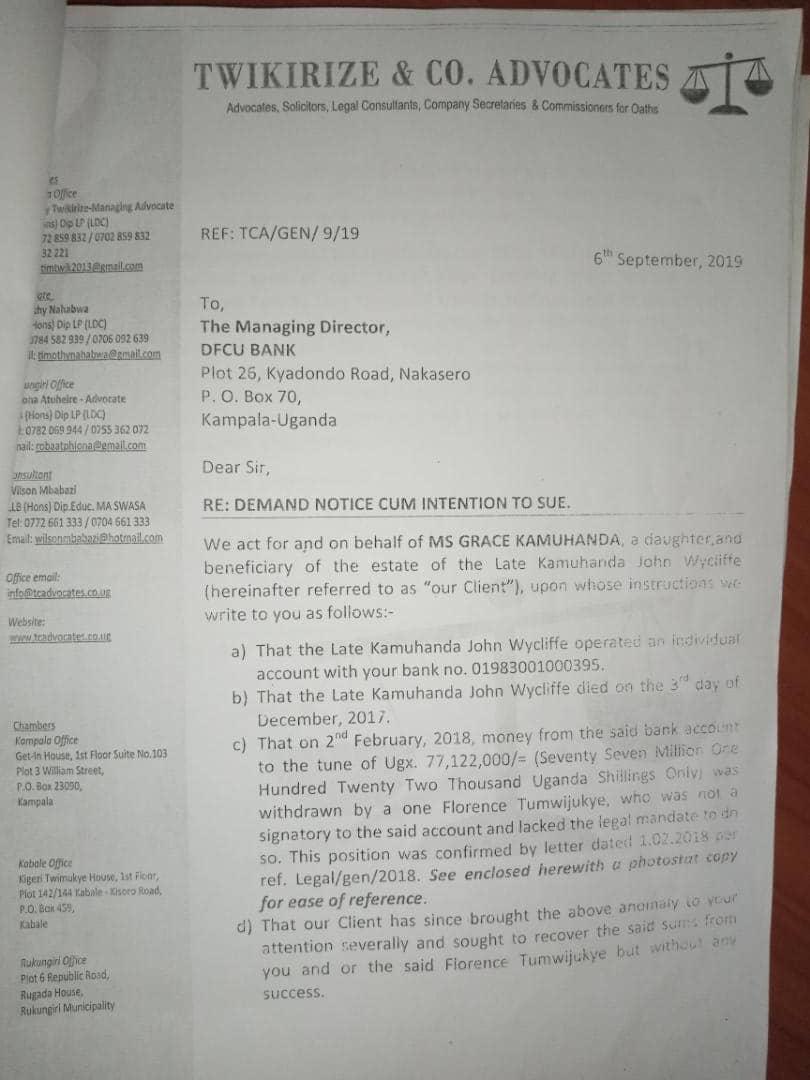 Through her lawyers of Twikiriza & Co. Advocates, Ms. Kamuhanda wants dfcu bank and Tumwijukye to return the missing money sent to her by dfcu fraudulent branch manager and also pay UGX.15M in legal charges.