BEIJING, China – A team of attorneys from Centurion is in China this week to participate in the EG Ronda Licensing Roadshow being held Tuesday 2 and Wednesday 3 at the Kempinski Hotel Beijing. Led by CEO Nj Ayuk, the team is meeting with several high-profile Chinese executives and energy companies seeking to invest in sub-Saharan Africa.

The roadshow is organized by the African Energy Chamber on behalf of Equatorial Guinea’s Ministry of Mines and Hydrocarbons. With the biggest names amongst the Chinese energy companies attending, including companies such as CNPC, PowerChina Group, Sinopec, Sinochem, CNOOC, Shenergy, CMEC and China Minmetals Corp, Centurion has had the opportunity to discuss considerable deals in several African oil markets.

“Centurion’s presence in China for the EG Ronda Roadshow is a mark of our commitment not only to Equatorial Guinea, but to the promotion of Chinese investments across Africa,” declared Nj Ayuk from Beijing. 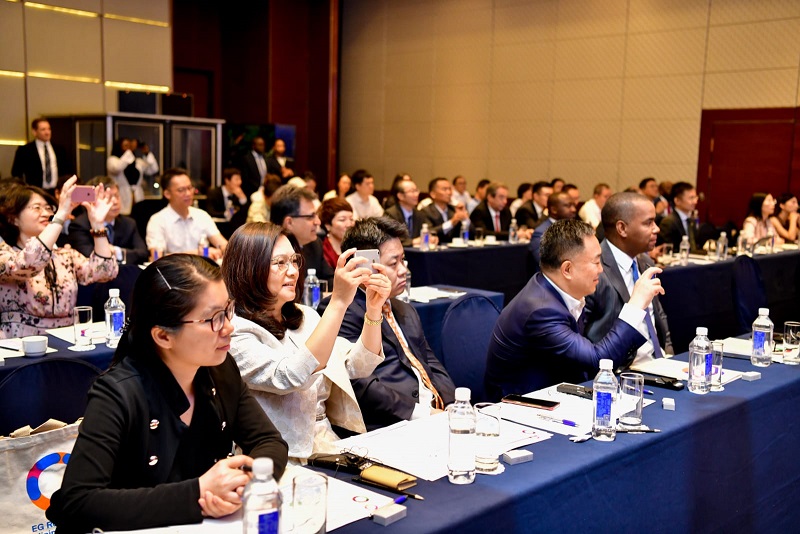 “China is serious about investing in Africa, and Chinese investors and companies are looking for reliable African legal advisors and partners to efficiently do business in our continent. This represents billions of dollars of investment ready to support the development of the African oil industry,” he added.

Centurion has always been at the forefront of channeling foreign investments into Africa’s oil & gas value chains. The firm has advised on the most recent PSCs being signed in the continent and continues to be part of landmark deals and projects in West and Eastern Africa. The firm has a specific desk dedicated to Chinese companies and investors, and has been increasingly working in diversifying the flow of investments coming into Africa’s extractive industries, working with new partners from Russia, Turkey and the Middle East.