KAMPALA – National Social Security Fund (NSSF) has won the Best E-Government Entity of the Year Award, the best them all at the e-Government Excellence Awards organized by National Information Technology Authority (NITA-U).

NSSF in a statement said that “That the Fund is by far the best e-Government entity in Uganda has now been confirmed at the awards,” adding that “Thanks to all our members and other stakeholders for embracing our IT revolution. Onwards we move.”

The fund has revealed that the winning of such award is attributed to their e-self-service platforms.

“Our e-self-service platforms include the award-winning NSSFGO mobile and web app, the self-service website, the straight through process e-collections payment portal, the whistleblower platform, the employer self-assessment portal, mobile money collections channel, the very popular e-statement portal and a soon to be launched payments platform, the Diaspora Connect. Wonder no more why we won the best e-Government entity award at the 2019 E-government Excellence Awards. Truly E-everything!” they said.

NITA-U on Tuesday, May 28 unveiled its annual Government excellence awards at Naguru in Kampala.

Under the theme “Bold Digital Government: Unlocking Service Delivery”, the awards pre-activities were set to run for one month from May 28 to the awarding day of June 28, 2019.

At the launch, Peter Kahiigi the acting Executive Director NITA-U, remarked that the awards are aimed at recognizing and rewarding the outstanding Government agencies that are implementing the use of online platforms to enhance service delivery to citizens

“We will recognize top government entities that have championed eGoverment. Over the one month, you are going to hear amazing stories that are happening within the government to transform service delivery.” Peter Kahiigi said.

Mr. Kahiigi added that as part of this campaign, NITA-U will hold a two-day exhibition dubbed as the E-Government Expo which will be held on the 20th and 21st of June at Garden City.”

The awarding process according to NITA-U included 75 nominations under 7 categories and 4 awards to be given out. 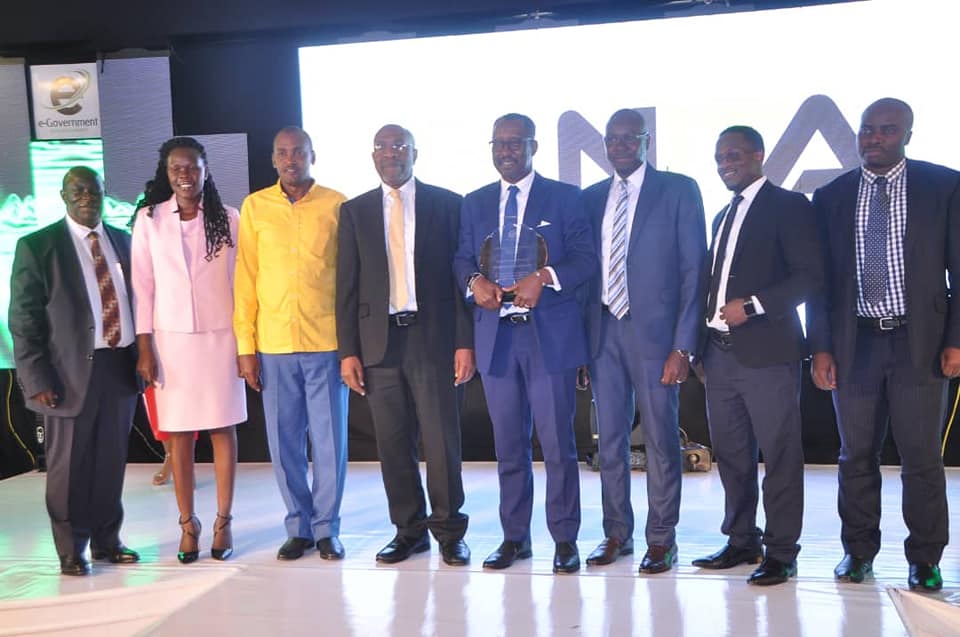 The categories included best eService under sectors of Health, Education, Agriculture, and Justice, Law & Order, Citizen’s Choice, Accountability among others.

It should be remembered that the Best Award winner NSSF had just on Thursday 27 unveiled their new NSSF Mbarara City House, a modern complex worth UGX 3.9 billion.

The complex complies of a total built-up area of approximately 1,500 m² and parking capacity of up to 40 vehicles, the Fund’s second real estate development outside Kampala.