ACCRA — In Ghana, coffins are not merely wooden boxes used to bury the deceased, but also pieces of artistic work with interesting design languages, a unique way for people to commemorate their departed.

In the bustling downtown Accra, capital of the West African country, a coffin workshop displays various wooden carved coffins in the shape of a bird, a hen, and even an apple eliciting the mood of an art exhibition.

“The coffins are designed to reflect the deceased’s profession before death. We believe that what you do in life, you have to continue in your afterlife, that is why we do it,” said Lawrence Anang, a 22-year-old carpenter of the workshop. 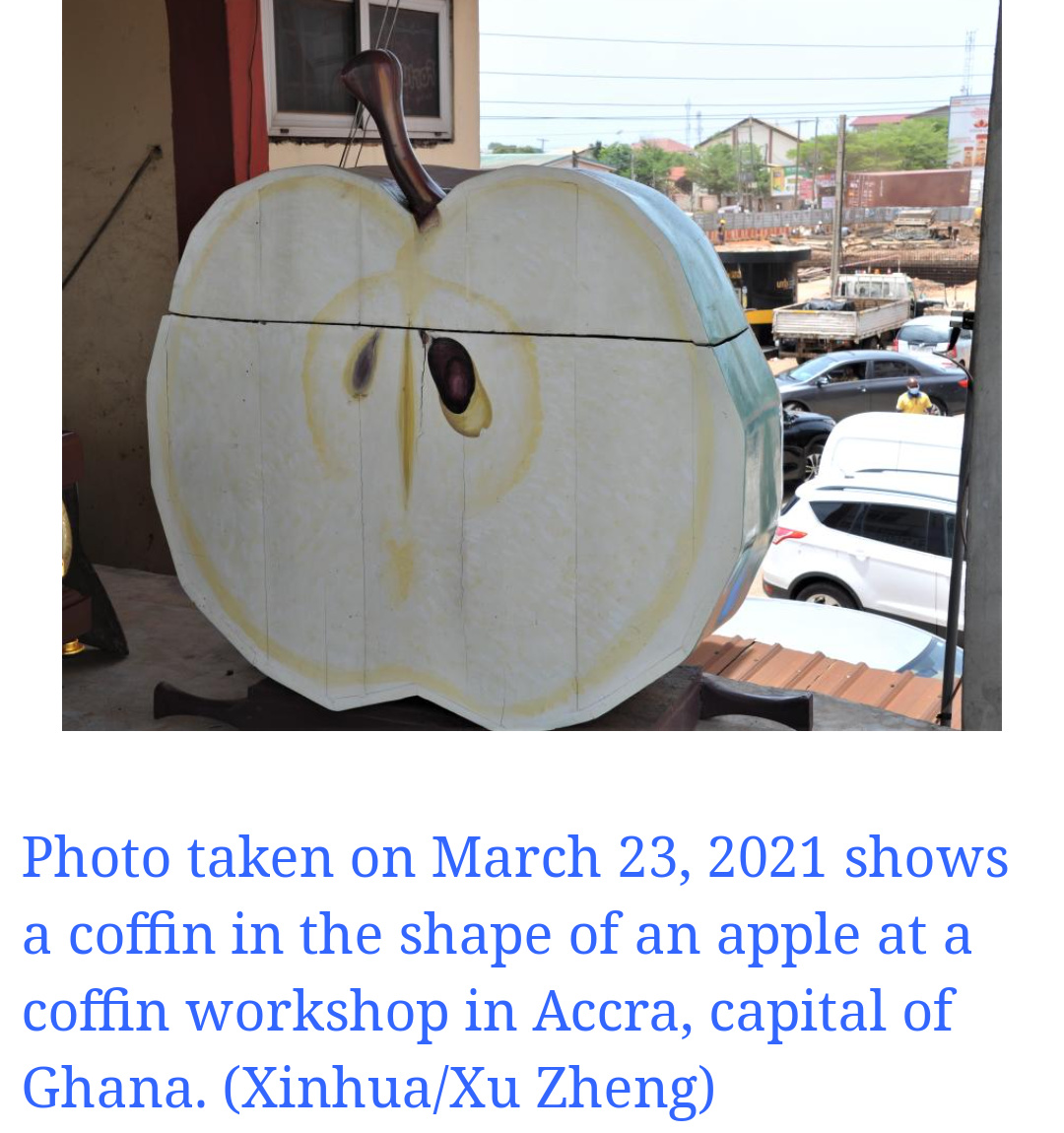 “We may design coffin in the form of a book or pen for a deceased teacher, a driver would probably get a coffin in the shape of a truck, or maybe the car he drove before he passed away, while an apple could be for an apple seller or farmer,” he added.

After completing high school, Lawrence opted to stay in the workshop to burnish his carpentry skills before proceeding to college. 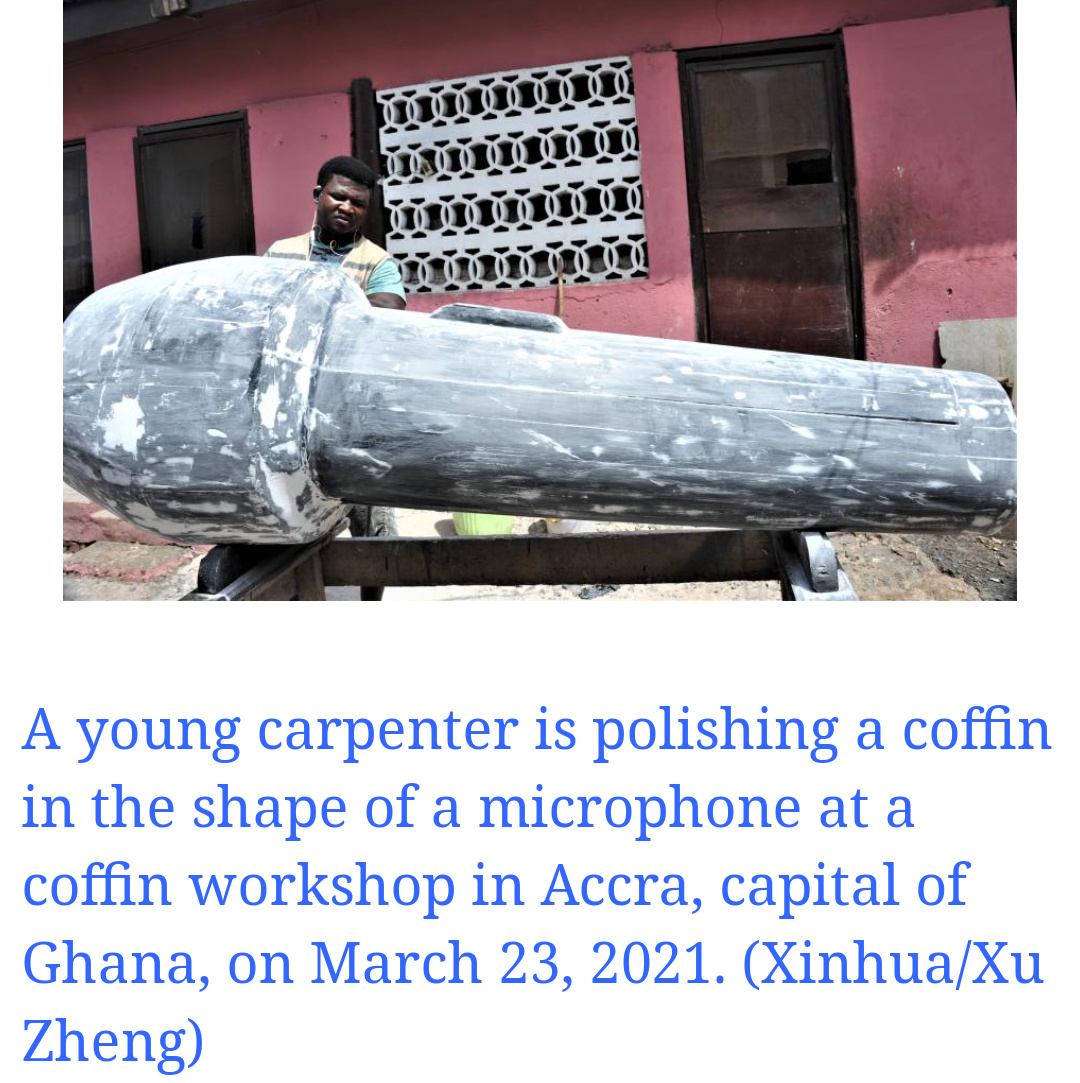 “To design a coffin, we draw a pattern first, based on what you want to build, then we take measurements and cut the wood according to your desired design and shape it,” said Lawrence.

“The work never bores me,” said Lawrence, adding that from creative design to coffin painting, he is now capable of dealing with customized orders. Although it is somehow a pity that the delicately-carved coffins will be buried underground very soon, Lawrence said they still want to do their best to make the coffins attractive to everyone in order to show respect to the family and the dead. 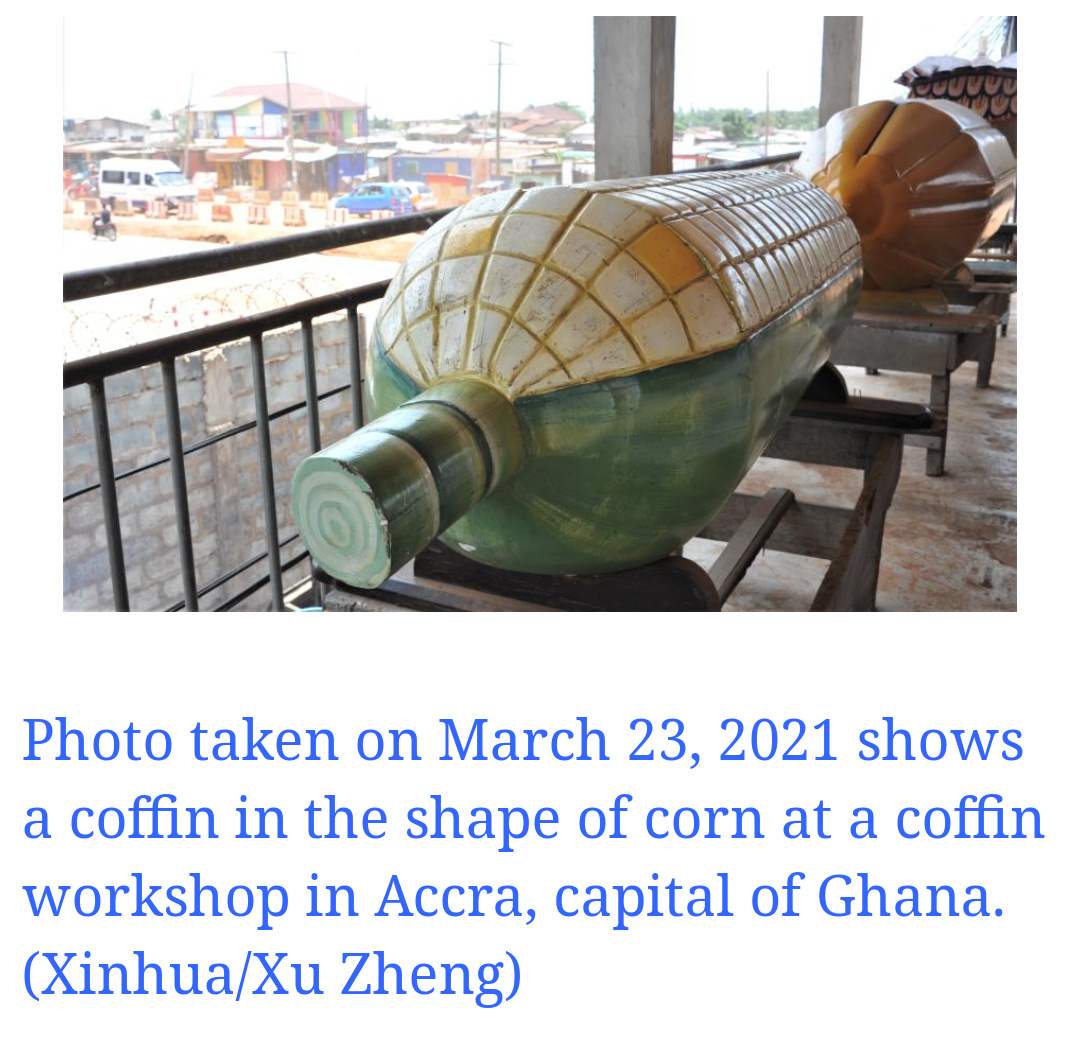 Around 70 years ago, Lawrence’s grandfather Seth set up the coffin workshop. He made the first coffin in the shape of an airplane for his late mother, who had a dream of flying in an airplane but never came true before she passed away. Lawrence’s father inherited the traditional family skill of coffin-making, and gradually established himself as one of the leading coffin-makers in Ghana.

Being “the third generation” of the family career, Lawrence and his brothers now aspire to make a difference by promoting Ghanaian coffin arts. The industry has evolved over the years as people’s demands for stylized coffins are on the rise, which has also attracted more carpenters to join in the lucrative business.

According to Lawrence, the workshop has now lured many foreign customers, who have gained interest in purchasing coffins for art exhibitions in museums abroad.”I will make sure my children also get to know (the business), it is a very unique and nice thing to learn,” said Lawrence, adding that he is confident that the traditional skill will be inherited from generation to generation.