A total of 88 police officers have been transferred in a latest shakeup of the Force since the sacking of Gen Kale Kayihura as the Inspector General of Police.

The list was released on Monday by the head of the Directorate of Human Resource Development, Assistant Inspector General of Police Moses Balimwoyo.

Among those transferred is Patrick Onyango, who has been moved from the Police Press Unit to be the public relations officer, Kampala Metropolitan Area.

Grace Nyangoma, who has been Old Kampala DPC, will move to Pader District in the same position, while Shifah Kiribwa has been confirmed Kira Division DPC

Didas Byaruhanga, who has been undergoing training, will be the new Kamwenge DPC as Jaffar Magyezi becomes Mbarara DPC. 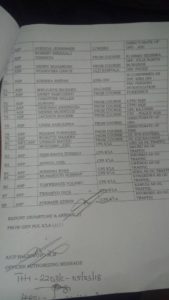 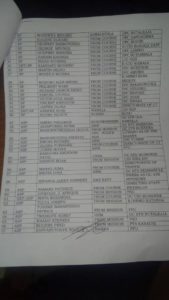 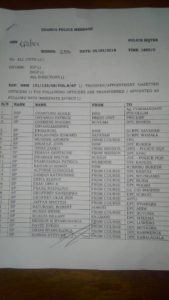