KIGALI – Rwandan President Paul Kagame has used the platform of the Caf Executive Committee meeting in Kigali to express his praise for the new mindset that is supporting African football to achieve its aims.

“I’m very pleased, on behalf of my whole country, to have you here,” President Kagame said to the assembled Caf Executive Committee and the Fifa delegation in the Rwandan capital.

“It’s a badge of honour for us. The two brothers I am sitting with here (Fifa President Gianni Infantino and Caf President Patrice Motsepe), I have known for a long time, and our minds are more or less synchronised on what to do for sport, for football. I have enjoyed working with them, and we are a family.

“I do politics for a living, and I also make sure I get involved in good politics,” the Rwandan President added. “If you look at sport, teams and clubs, it’s very similar to politics. It’s about leadership. You have to have a vision. Then, when it comes down to details, we have to work as a team. In the same exercise of our duties, we also need humility in what we do, so we can maximize the benefits of our work.

“We have to be competitive in what we do, and we have to work together,” he added. “And also think of others beyond our teams. Like fans. We need an ambition, and a drive. No-one is excluded. You can’t be happy alone, unless the members of your team are happy. I find that convergence every day in my work. It’s the same in football. All of you here today – this is what you represent.”

The Fifa President echoed President Kagame’s words, stressing that the progress made by Rwanda is a benchmark for football in Africa to follow.

Fifa Regional Development Office inaugurated in Kigali
For his part, the Caf President recognised the important role that the Rwandan President has been making in supporting African football on a political level.

“In you, President Kagame, we don’t only have an ambassador, but a partner,” Patrice Motsepe said. “A partner who talks on our behalf with all other heads of state in Africa. To say to them, we have to work together to support the most popular sport of football on the continent.”

The meeting also included a presentation from Fifa Chief of Global Football Development, and former Arsenal FC managers, Arsene Wenger, who stated: “I personally believe that Africa will be the continent of the 21st century, and that football has to anticipate that movement, because it is a great opportunity.”

Fifa global report: Give every talent a chance
Fifa’s Chief of Global Football Development was referring to the recently published report, Increasing Global Competitiveness, which highlights the need for every talented player to deserve a chance to be identified and developed, because analysis has shown that many talents are going undiscovered due to a number of factors, including the lack of planning, quality of education, infrastructure and financial resources to train youngsters.

HOPE REBECCA TWINE: Why Uganda’s mineral development program should have been assessed for gender and equity compliance 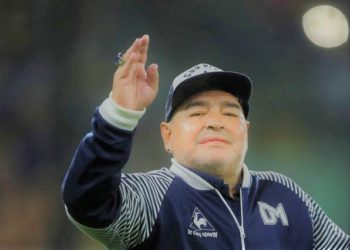 Diego Maradona’s nurse had orders not to wake him up