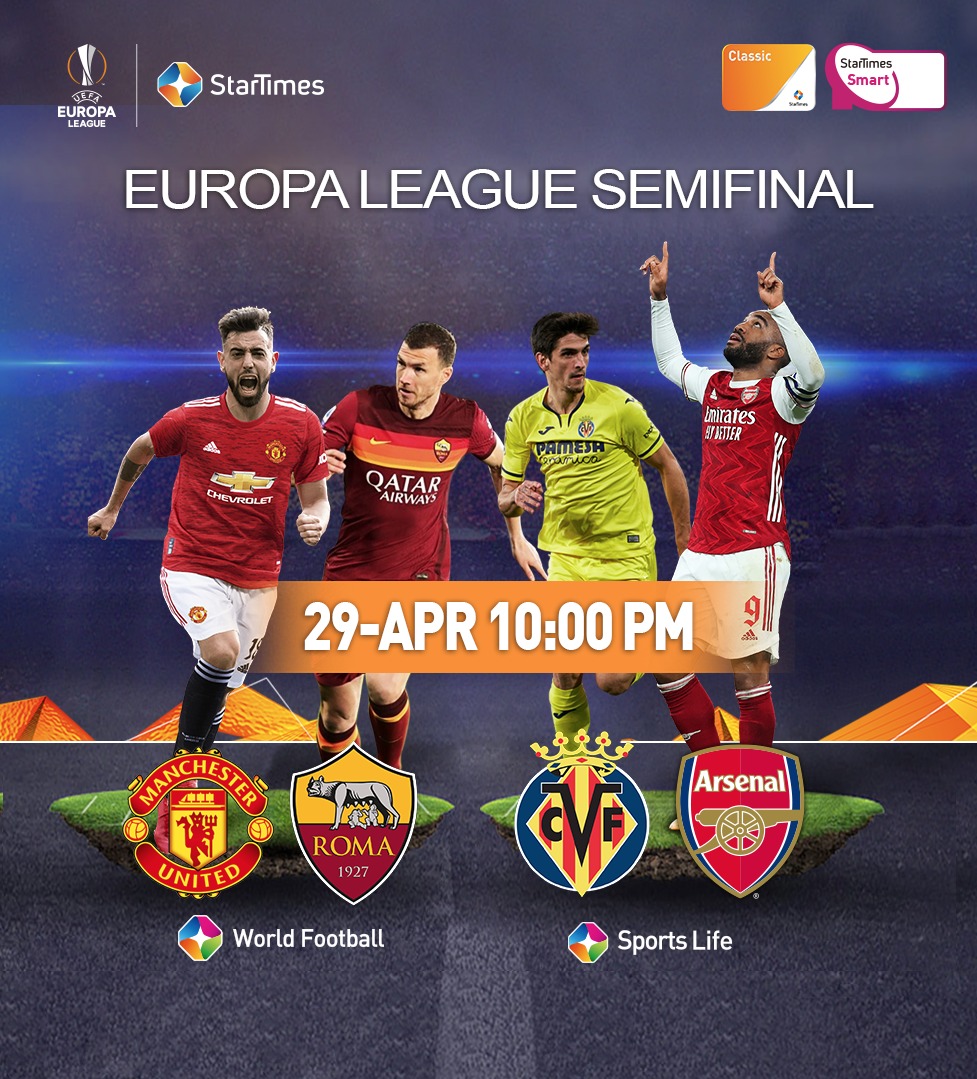 Manchester United enter Europa League semi-final against Roma as favorites but Paul Pogbas teammates keep in mind they were eliminated at this stage of the Europa League last season. Pierre-Emerick Aubameyangs Arsenal is facing Villarreal in the other semi-final match.

As they go into Thursdays first leg Europa League semi-final against Roma on Thursday, Manchester United can look back at the experience of four other cup semi-final appearances within the last 16 months.

The bad news though is that the Reds have ended up on the losing side in all four semi-final ties they have played since January 2020.

Ahead of Thursdays match at Old Trafford defender Luke Shaw said the team was aware of the run of four semi-final defeats. “Weve had a few semi-finals in the last two years and we havent been successful in them. Its a chance to make a step in the right direction and get through that and win that competition.”
United played to a goalless draw at Leeds on Sunday, which took their uneaten away record to 24 games.

“Its a very good record, its one we dont look too much into, thats maybe been a positive our away record, but our home record hasnt been good, we know we need to be better at home and get much better results.

“Its a good record but it doesnt count for anything with where we are in the league. We need to keep improving and weve got the Europa League, we need to win that and that should be our main focus now.”
United coach Ole Gunnar Solskjær opted not to pick Paul Pogba and Edinson Cavani for the match against Leeds, ensuring that the attacking players should be well-rested for Thursdays clash.

The other semi-final in the lucrative competition sees Arsenal travel to Spain for their game against Villarreal on the back of a disappointing 1-0 league defeat at home against Everton.

Arsenal goalkeeper Bernd Leno was at fault for the only goal of the game and coach Mikel Arteta could be tempted to give Australian Matt Ryan a starting place.

Arteta played Ryan in a recent league match, explaining that the Australian international deserved to play. We put Mat in goal because he trains like a beast.

One player who seems likely to be in the starting line-up is Pierre-Emerick Aubameyang and Gunners fans will be hoping that the Gabonese international finds the goals they need to get through to their ninth European cup final.

For African fans the Europa League semi-final matches are yet another footballing highlight that they can watch live and exclusively on the football channels of Africas leading digital-TV operator.

And starting from June 11th, StarTimes is going to broadcast all matches of the UEFA Euro 2020 live and in HD.