Eibar claimed a 2-0 win away at Espanyol on Sunday and secured their La Liga status in the process, while Valladolid narrowly lost 1-0 at home to title-challenging Barcelona and now sit on the same points as Eibar heading into Thursday’s penultimate game of the campaign.

When Real Valladolid played host to Eibar in October first-half goals from Guardiola and Karim proved enough for the home side to claim a 2-0 victory.

However, Eibar head into Thursday’s latest encounter between the two clubs as the clear form favourites with three wins, one draw and two defeats from their last six matches, as Valladolid have lost two, drawn three and won once during that same period.

Six of the last seven meetings between these two clubs in La Liga, the Segunda Division and friendlies have produced under 2.5 goals.

Under 2.5 goals have also been scored in five of the hosts’ and five of the visitors’ last six league games.

A whopping 67% of Valladolid’s away games this season have produced under 2.5 goals with only 44% of those 18 matches seeing both teams score.

Both teams have also only scored in 39% of Eibar’s home games. As for a final scoreline, we’re predicting a 1-0 win for Eibar who have the home advantage as well as form in their favour.

Athletic Bilbao won 2-1 away at Levante on Sunday while Leganes pinched a 1-0 win at home against Valencia, leaving Thursday’s hosts sitting 7th on 51pts and leaving the visitors in the relegation zone 3pts from safety.

Leganes claimed a point at home to Athletic Bilbao back in September, where a Garcia penalty put the visitors in front just before the hour mark but a quick response from Rodriguez saw Leganes draw level just two minutes later.

Leganes have only won one of their last seven matches against Athletic Bilbao and it’s Thursday’s hosts that head into this game as the form favourites with three wins and three defeats from their last six matches.

Leganes have lost two, drawn two and won two of their last six league games and really need a positive result from Thursday’s clash as they only have two games left to play this season.

Athletic Club have won nine of their 18 home games this season, only losing on five occasions, while Leganes have lost nine games on their travels and have so far only won twice on the road.

Athletic Bilbao have won three of their last four matches against Leganes and have outperformed their guests in all departments this season.

Barcelona won 1-0 at Valladolid last time out and remain a point behind Real Madrid, but the league leaders still have a game in hand on the Catalonians.

Osasuna ran out 2-1 winners at home to Celta Vigo at the weekend, keeping their hopes for a top-half finish alive.

Osasuna rescued a point late on when they played host to Barcelona back in August, despite taking the lead in the 7th-minute.

Torres handed Osasuna an early lead against Barcelona but second-half strikes from Fati and Arthur saw the visitors take the lead. With 9-minutes left on the clock, Osasuna were awarded a penalty which Torres converted to make the final scoreline 2-2.

Barcelona head into the pairs’ latest clash as the form favourites with four wins and two draws from their last six matches but Osasuna have also been in decent form of late.

Barcelona have won five of their last seven games against Osasuna and have kept clean sheets in three of the duo’s last five encounters.

The visitors have failed to score in four of their last eight away games, while Barcelona have kept clean sheets in seven of their last ten outings in La Liga.

Betis went down 1-0 away at Atletico Madrid on Saturday but have had a couple of extra days to recover and prepare for Thursday’s class as Alaves were in action on Monday night.

Alaves and Getafe played out a goalless draw at the Estadio de Mendizorroza and that point leaves Thursday’s guests sitting 4pts above the relegation zone heading into the penultimate game of the campaign.

These two sides drew 1-1 when they last met in January for their reverse league fixture, where Betis ended the game with 10-men following the sending-off of Feddai late on.

Alaves lead 1-0 at the break thanks to an effort from Vidal but 10-minutes into the second forty-five Emerson equalised for Betis and the scoreline ended 1-1.

Celta Vigo went down 2-1 at Osasuna on Saturday but remain 6pts above the drop zone heading into the final two games of the season.

Levante also lost 2-1 when they played host to Athletic Bilbao on Sunday and can’t now finish in the top half of the La Liga table even if they win their remaining two matches.

Levante claimed all 3pts when they played host to Celta Vigo back in December, despite going a goal down in the 12th minute. Aspas put Celta Vigo in front and the visitors went in 1-0 up at the break but a brace from Marti put Levante in front and an injury-time effort from Mayoral confirmed the victory for the home side.

Both teams have scored in six of the last seven matches between these two clubs, as well as in each of Celta Vigo’s last five La Liga outings.

Celta Vigo have drawn eight of their 18 home games this season while Levante have dropped points in 14 of their 18 away trips, so you can see why we’re favouring the hosts to earn the point they need to confirm their La Liga status for another season. Both teams have scored in 61% of the visitors’ away games this season, as well as in 44% of the hosts’ home matches.

Getafe played out a goalless draw away at Alaves on Monday night and have now gone without a win in their last four league games, while Atletico Madrid won 1-0 at Real Betis on Saturday to make it 14 matches unbeaten in La Liga.

A heated encounter between these two sides back in April saw Atletico Madrid claim a 1-0 win thanks to a first-half goal from Morata and both teams end the game with 10-men.

Atletico Madrid head into Thursday’s clash as the clear form favourites with four wins and two draws from their last six outings, ahead of Getafe who have drawn three, won one and lost two of their last six league games.

The visitors sit 12pts and three places above Getafe in the La Liga table but can’t afford to drop any points as Sevilla are on the same points as Atletico heading into the final two games of the season.

Mallorca lost 2-0 away at high-flying Sevilla on Sunday and could have their relegation from La Liga confirmed on Thursday if they fail to win and/or results elsewhere go against them.

Granada put up a good effort at home to real Madrid on Monday but eventually lost 2-1 which leaves the club sitting 10th in the table.

When these two sides met for their reverse league fixture in January, a solitary strike from Montoro in the first-half proved enough to see Granada through to a win.

Thursday’s guests head into the pairs’ latest clash as the form favourites with two wins, two draws and two defeats from their last six matches, as Mallorca have only won twice and lost four times during that period.

Real Madrid took another step closer to clinching the title as they made it nine wins on the run with a 2-1 victory at Granada on Monday night, while Villarreal lost 2-1 at home to Real Sociedad and can’t finish any higher than 5th in the table as a result.

The hosts are the clear form favourites heading into Thursday’s clash having won each of their last six league games.

These two sides played out a 2-2 draw in September when they met for their reverse league fixture, but Villarreal will have been disappointed not to have won the game.

The hosts took the lead twice through Moreno and then Gomez only to see Welsh international Bale equalise for Real Madrid on each occasion. Bale was sent-off in stoppage time but there wasn’t enough time left on the clock for Villarreal to capitalise.

The hosts have shown their true colours in recent weeks, winning tough matches by one or two goals and keeping things tight at the back.

Real Madrid have been so strong at home this season with 14 wins from 18 matches and are yet to lose in their own backyard, while Villarreal have already lost eight times on their travels.

Real Sociedad claimed an impressive 2-1 win at fellow European hopefuls Villarreal on Monday night, while Sevilla extended their excellent unbeaten record to 13 league games as they beat Mallorca 2-0 at home.

Sevilla head into Thursday’s penultimate game of the season as the clear form favourites ahead of Sociedad, having won four and drawn two of their last six outings.

These two sides played out a five-goal thriller when they locked horns for their reverse league fixture in September, where Sevilla came out on the right end of a 3-2 scoreline to secure all 3pts.

Thursday’s visitors have now won three of their last four meetings with Real Sociedad and will be confident of improving that record.

Valencia lost 1-0 away at Leganes on Sunday and sit 9th in the table heading into the final two games of the season, while Espanyol’s fate was already decided before they lost 2-0 at home to Eibar at the weekend.

The visitors will finish bottom of the table this season as they are 8pts adrift of second from bottom Mallorca and only have 6pts left to play for.

When these two sides met back in November for their reverse league fixture, a penalty from Roca put the hosts Espanyol into a half time lead.

However, Valencia equalised from the penalty spot through Parejo and then scored what turned out to be the winner 10-minutes from time through Gomez.

Valencia aren’t playing their best at this moment in time but they still head into Thursday’s clash as the form favourites with one win, one draw and four defeats from their last six matches, as Espanyol have lost all of their games during that same period. 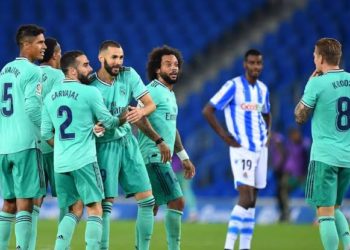 LA LIGA: Real Madrid out for first three points away to Betis 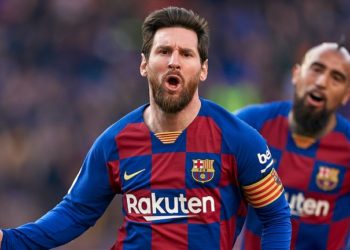 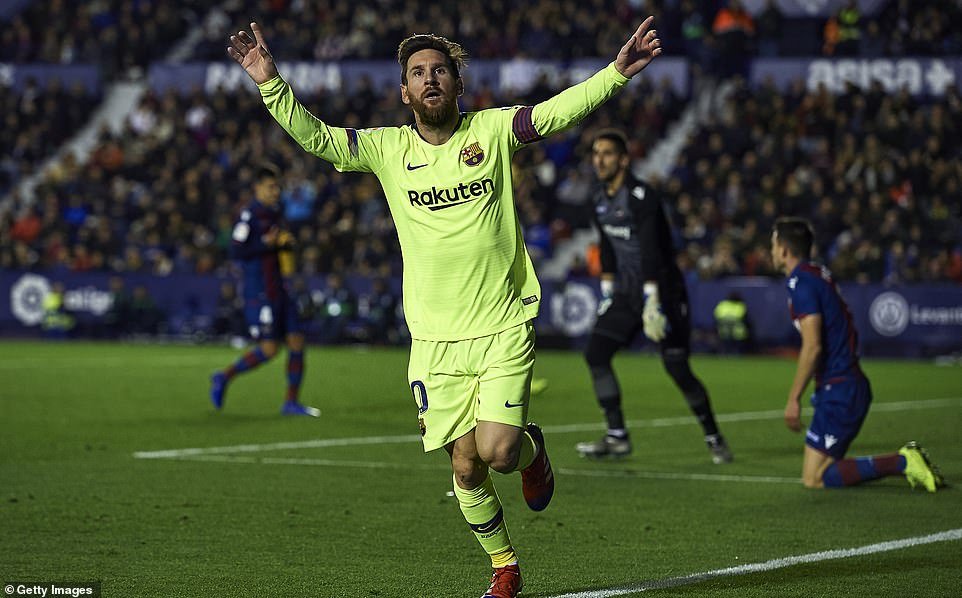