Betis were out to secure just their second away win of the season against relegation-threatened Leganes last weekend, but Rubi’s side weren’t quite up to the task in a dreadful contest at Butarque.

Chances were few and far between at both ends as the teams played out a 0-0 stalemate; the only real drama occurring deep into stoppage time as Borja Iglesias saw red for bundling over a member of Lega’s backroom staff on the touchline. The 27-year-old will sit out this Friday’s clash at Benito Villamarin as a consequence.

Betis’ stuttering away form means they remain lodged in mid-table, but they will fancy their chances of getting a precious three points on the board against Mallorca on Matchday 25; the only side that Los Verdiblancos have managed to beat on their travels so far this term.

Rubi’s charges ran out 1-2 winners at Son Moix in November and the Balearic Islanders’ visit to Benito Villamarin this Friday represents a major step down in home opposition for Betis, following a ruthless run of fixtures in Andalusia.

Betis have had to face Valencia, Bilbao, Real Sociedad, Sevilla, Atletico Madrid and Barcelona in their last half dozen home games, teams all currently operating in the top half of the table. Los Verdiblancos have emerged from the test with credit, though, beating the first three of those sides, and losing to the latter trio by just a single goal.

Cucho Hernandez’ first goal for Mallorca ensured Los Bermellones returned to winning ways against Alaves at Son Moix last weekend, but the 1-0 victory is likely to provide little more than short-term relief for Vicente Moreno’s side.

Mallorca have daunting fixtures upcoming against Barcelona and in-form Villarreal, and they head to Andalusia this weekend with just a single point on the board from 11 away games this term.

Last season’s Segunda Play-off winners lost twice as many matches as they won on their travels in the second tier, so it’s perhaps no surprise they have toiled so badly outside of Palma in the top flight.

Mallorca’s results at Son Moix are giving them a fighting chance of survival, but they remain 18th in the table despite last week’s win, following 17th-placed Celta Vigo’s 2-2 draw at Real Madrid.

Real Betis’ last five home matches in La Liga have yielded wins against Valencia (2-1), Athletic Bilbao (3-2) and Real Sociedad (3-0), alongside single-goal defeats against Atletico Madrid (1-2) and Barcelona (2-3). Mallorca have picked up just a single point on the road in La Liga this season, losing 10 of their 11 matches outside Palma so far. Real Betis ran out 1-2 winners when the sides met at Son Moix in November’s reverse fixture.

The other La Liga match-day 25 fixtures 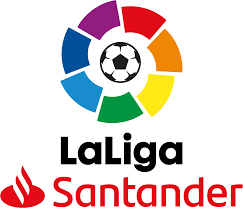