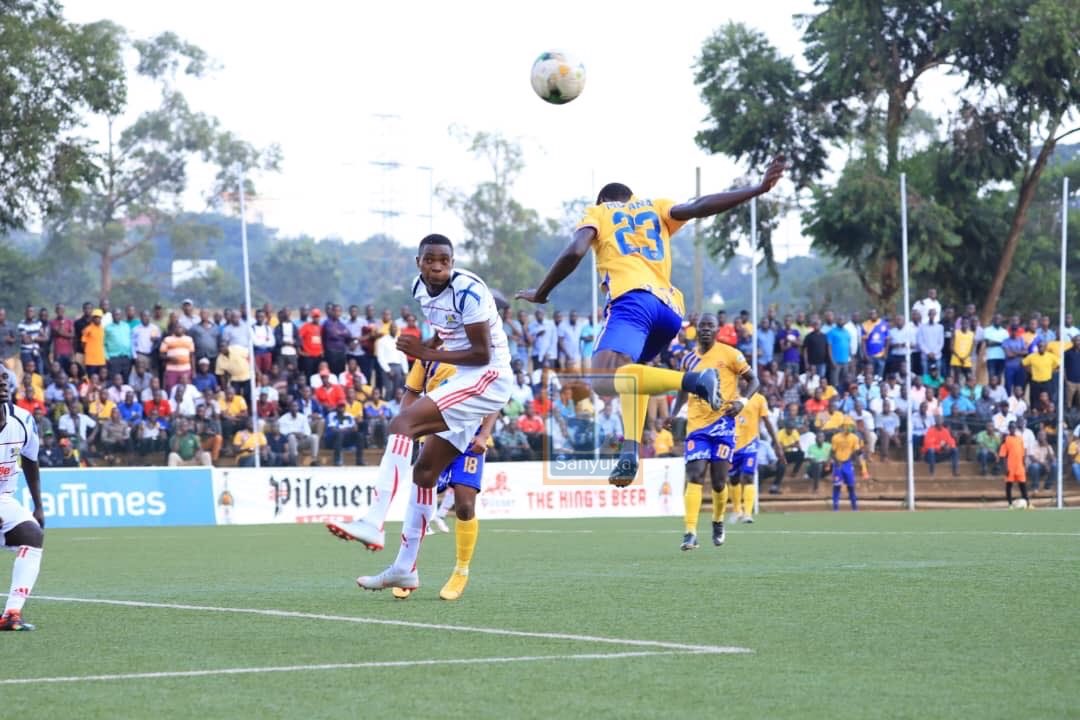 Obenchan who had replaced Musa Ramathan at the start of the second half headed in fellow substitute Hassan Musana’s corner on 51 minutes.

It was a game that saw KCCA struggle in the early exchanges but would later exert their authority to see out the contest.

The victory is KCCA’s 11th of the season and it sees them consolidate second spot, just a point behind Vipers SC who take on Kyetume FC on Friday.

It is also their first against Mbarara City FC since the Ankole Lions gained their latest promotion to the top-tier in 2017. Previously, KCCA had lost once and drawn the other four of the five fixtures between the two sides.

No Okello, Kizza no problem

As expected, KCCA FC were without the duo of Allan Okello and Mustafa Kizza who have so far refused to renew their contracts.

With the two not in the team, Mike Mutebi handed several youthful players including Herbert Achai, Joseph Kafumbe and Musa Ramathan starts.

In the early exchanges, they struggled to gain control of the game as Mbarara pressed them high up the pitch.

As a result, the hosts could only resort to half chances as they hoped for a breakthrough.

Samuel Kato forced Mbarara custodian Muhammad Ssekeba into an early save before Ramathan headed wide from a Kafumbe corner.

Ssekisambu then twice raced onto long-ball but failed to beat the on-rushing Ssekeba. First, the former Vipers and Gor Mahia striker saw his effort blocked before seeing another creep just wide of the target.

Nicholas Kasozi then tried his luck from distance but his speculative effort sailed over.

At the start of the second half, the Kasasiros made two substitutions that would swing the game in their favour as Obenchan and Musana were brought on to replace Ramathan and Kafumbe respectively.

Six minutes after coming on, Musana swang a corner from the right which was powerfully met by Obenchan who headed through Ssekeba’s legs and into the net to hand KCCA FC the lead.

From there, Mike Mutebi’s side got chances to improve their advantage but failed to capitalize.

Obenchan blazed over after he was teed up inside the area by Mike Mutyaba before Kasozi’s goal-bound weak effort was blocked by Mukundane.

Musana then headed wide a Muzamir Mutyaba cross while Ssekisambu missed from 3-yards as he headed over a Musana cross.

For Mbarara City, despite looking more comfortable and calm in possession at the start, they struggled to create clear openings throughout the game.

Ibrahim Orit shot over from a Bebe Swalik pass before the winger saw a free-kick saved comfortably by Charles Lukwago in the KCCA FC goal.

Toward the end of the first half, Swalik saw a goal-bound effort saved off the line by Gift Ali before John Revita cleared out for a fruitless corner.

Late in the game, Orit headed over a Jasper Ahebwa corner with Lukwago struggling.

Mbarara City FC now remains 8th on the table with 19 points from 16 games.