Serie A: Roma out to compile Fiorentina’s misery

Fiorentina vs AS Roma

The coach had looked to be on his way out of the Stadio Artemio Franchi when falling to a fifth consecutive defeat against Inter, but teenage substitute Vlahovic came to the rescue with a stunning stoppage-time equaliser. That was only a reprieve, though, as Montella remains very much on the chopping block.

Franck Ribery is out for at least 10 weeks following ankle surgery, while Federico Chiesa has not looked anywhere near fully fit for some time now. That equaliser means Vlahovic is increasingly likely to get into the starting XI rather than Kevin-Prince Boateng.

Roma are sitting pretty in fourth place after three wins in their last four, as around them Atalanta and Cagliari have faltered. It’s remarkable Paulo Fonseca has achieved such good results with a near-constant injury crisis on his hands and that doesn’t look like slowing down.

Henrikh Mkhitaryan is edging closer to the starting XI as he recovers from a long-term injury and is challenging Diego Perotti for his spot in support of Edin Dzeko.

Roma will be out for revenge because they have a dreadful recent record against Fiorentina. Their last victory over the Viola, home and away in all competition, was a 4-2 thriller here in November 2017. That was followed by two draws and two defeats, including a humiliating 7-1 Coppa Italia quarter-final loss at the Stadio Franchi in January 2019.

Montella spent much of his playing career at Roma and started out as a coach at their youth academy, taking on the main job as the caretaker for a few months too. His record against the Giallorossi as a tactician is very poor, managing just two wins, four draws and 10 defeats.

There have been 32 goals in the last eight competitive games between these teams.

The other Serie A match-day 17 fixtures

Tags: AS RomaFiorentinaItalian Serie A 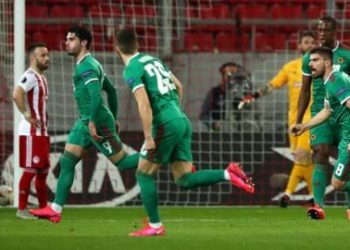