Jackson Mayanja is no longer the head coach of Kinondoni Municipal Council (KMC).

This was confirmed by the Tanzanian side on Saturday morning through a press release.

“The management of KMC would like to inform the media that they have parted ways with coach JM, (Jackson Mayanja),” read part of the press release availed to the media on Saturday.

“The decision has come after the bad results.

“We have mutually agreed with the coach to come to this decision. We thank him for the time spent with us and wish him the best.”

Mayanja joined the Tanzanian side this summer after ending his stay with Kyetume Fc who he had led to promotion to the Uganda Premier League.

At KMC, he has been in charge of 8 games, winning just twice and losing four.

His last game ended in a 2-1 loss at home to Kagera Sugar on Friday afternoon.

At the time of his departure, Mayanja leaves KMC in 16th position, just a point above the relegation zone. 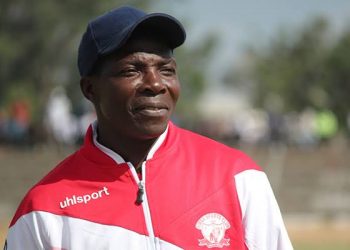