The Federation of Uganda Football Association has confirmed the final list of nominees for both the Female and Male player of the year 2019.

The Male list initially comprised of 16 individuals but it is now down to just five with two of them KCCA FC players, the side that won the 2018/19 Uganda Premier League.

KCCA FC duo of Kizza and Okello won the StarTimes Uganda Premier League, the FUFA Super Cup, and the CECAFA Kagame Cup and were part of the Cranes team that qualified for the 2020 Championship of African Nations (CHAN).

Kagimu and Kayiwa had a good run in the league at URA FC and Tooro United FC respectively and the two were part of the Cranes team that qualified for CHAN.

As well, Bright Anukani guided Proline FC to the first-ever qualification to the CAF Confederation Cup after putting a good performance that led to the winning of Stanbic Uganda Cup Trophy. He was also named MVP in StarTimes FUFA Big League.

The Female list initially comprised of 12 players but has also been trimmed to five.

Nalukenge captained Uganda U17 Girls’ national team to winning the COSAFA Championship and she emerged top scorer with 18 goals. She helped Kawempe Muslim to win both the national and East Africa Secondary Schools championship.

Najjembe, a student at Mukono High School who moved from Isra Soccer Academy to Kampala Queens recently was part of the Uganda U17 Girls’ national team that won the COSAFA Championship scoring 12 goals.

Nassuna who won the Airtel FUFA Female player of the year accolade in 2016 guided UCU Lady Cardinals to winning the FUFA Women Elite League last season ending the season as the top scorer with 16 goals and was also named the most valuable player.

The coaches’ and captains’ votes contribute 50% and 25% respectively in determining the winner while the fans have a contribution of 25%.

The 2019 FUFA Awards dinner will be held on 14th December at Speke Resort Munyonoyo where the winners in two categories will drive away in new cars.

Nominees for the 2019 Awards

FUFA Male Player of the year

FUFA Female player of the year

FUFA Male Coach of the Year 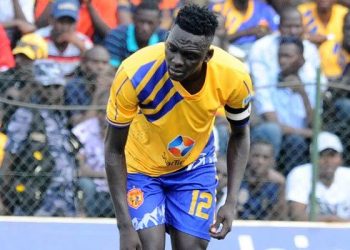