After the international break, all five major European Leagues returned this past weekend and most of the big guns gathered three more points.

In Spain, Barcelona maintained top spot thanks to a scrappy 2-1 victory away to Leganes.

After seeing Youssef En-Nesyri put the hosts ahead on 12 minutes, Luis Suarez and substitute Arturo Vidal struck in the second half to ensure victory for the Catalonia club.

The three points see Barca move onto 28 points for the season, level with Real Madrid who are second.

Just like Barcelona, Real was also victorious in their game on Saturday night despite falling behind to a Willian Jose strike in the second minute.

Goals from Karim Benzema, Federico Valverde and Luka Modric did the damage for Zinedine Zidane’s men who are only second due to a one-goal disadvantage on Barca.

In Granada, the hosts held Atletico Madrid to a 1-1 draw with Renen Lodi putting Diego Simone’s side ahead on 60 minutes before German Sanchez equalized 7 minutes later.

Atletico now slips into 4th with 25 points, two behind Sevilla who saw an Ever Banega penalty propel them to victory away to Real Valladolid on Sunday night.

Spain’s other Champions League representative-Valencia were beaten 2-1 by Real Betis on Saturday afternoon.

Goals by Joaquin Sanchez and Sergio Canales canceled out Maxi Gomes’s opener in a result that leaves Valencia in 10th while Betis climb into 5th.

In Italy, Juventus continued their unbeaten start to the season as they came from a goal down to defeated Atalanta 3-1 in Bergamo.

Robin Gosens put Atalanta ahead early in the second half but a Gonzalo Higuain brace and a Paulo Dybala stoppage time beauty saw the Old Lady walk away with all three points in the end.

This was Juve’s 11th win in 13 games and it sees them move onto 35 points at the top of the log while Atalanta now drops into 6th with 22 points.

Second place is still occupied by Inter Milan who were 3-0 winners at Torino on the same day.

Lautaro Martinez, Stefan de Vrij and Romelu Lukaku scored the goals for Antonio Conte’s side who sit just a point behind Juve.

On Sunday, both Roman clubs maintained third and fourth spot on the standings thanks to victories in their respective games.

Lazio who sit third beat Sassuolo 2-1 with Ciro Immobile and Felipe Caicedo scoring either side of Francesco Caputo’s equalizer while Chris Smalling, Gianluca Mancini and Edin Dzeko were all on target as Roma defeated Brescia 3-0.

Lazio now has 27 points while Roma are two points adrift of their sworn enemy.

Italy’s other Champions League representative-Napoli drew 1-1 away to AC Milan on Saturday.

On Monday, there will be two fixtures with Lecce hosting Cagliari while Genoa are away to SPAL.

In France, Neymar Jr returned after more than a month out as PSG defeated Lille 2-0 at the Parc de Princes on Friday night.

The Brazilian looked short of match-fitness in a game that saw Mauro Icardi and Angel di Maria score for Tomas Tuchel’s side who maintained their 8 point lead at the top of the standings. PSG now have 33 points from 14 games.

Second-placed Marseille were also victorious on Sunday as overcame 10-man Toulouse away from home.

Dario Benedetto and Nemanja Radonji scored in the second half after results Steven Moreira was sent off in the first half.

On the same day, Monaco surrendered a 1-0 lead to lose 2-1 away to Bordeaux.

Islam Slimani struck for Monaco on 15 minutes but Pablo and Nicholas de Preville ensured the game is turned on its head with goals of their own.

Monaco now drops into 14th on the log with 18 points while Bordeaux climb into 4th with 22 points.

On Saturday,  Jeff Reine-Adelaide and Moussa Dembele were on target as Lyon defeated Nice 2-1 to climb into 9th with 10 points. Kasper Dolberg scored Nice’s only goal on the day.

Elsewhere, Brest drew 1-1 with Nantes, the same result in the game between Metz and Reims, Strasbourg hammered Amiens 4-0 away from home, Angers were 1-0 winner at home to Nimes, Dijon scrapped to a 2-1 win against Rennes while Saint Etienne drew 0-0 with Montpellier.

In German, Borussia Monchengladbach remained top of the log despite losing 2-0 away to Union Berlin on Saturday afternoon.

On the same day, both RB Leipzig and Bayern Munich registered convincing victories against Koln and Fortuna Dusseldorf.

Leipzig were 4-1 winners with Emil Forsberg scoring a brace while Timo Werner and Kevin Laimer scored the other two goals.

For Bayern, Benjamin Pavard, Clorentine Tolisso, Serge Gnabry and Philippe Coutinho were all on target in their 4-0 win.

The respective victories ensure that Leipzig remains second on 24 points, level with Bayern who are 3rd.

On Friday, Borussia Dortmund came from 3 goals down to draw 3-3 with Paderborn at the Signal Induna Park.

Streli Mamba’s brace and Gerrit Holtmann’s goal gave the visitors a 3-0 halftime lead before Dortmund ran riot in the second half through Jadon Sancho, Axel Witsal and Marco Reus.

On Sunday, Hoffenheim’s 4-game winning run came to an end as they were thrashed 5-1 at home to Mainz.

All the La-Liga match-day 13 results

All the Serie A match-day 13 fixtures

All the Ligue One match-day 14 results

All the Bundesliga match-day 12 fixtures 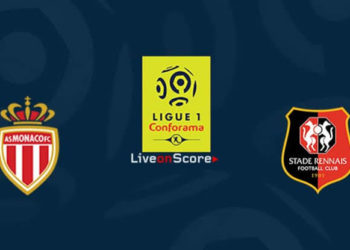