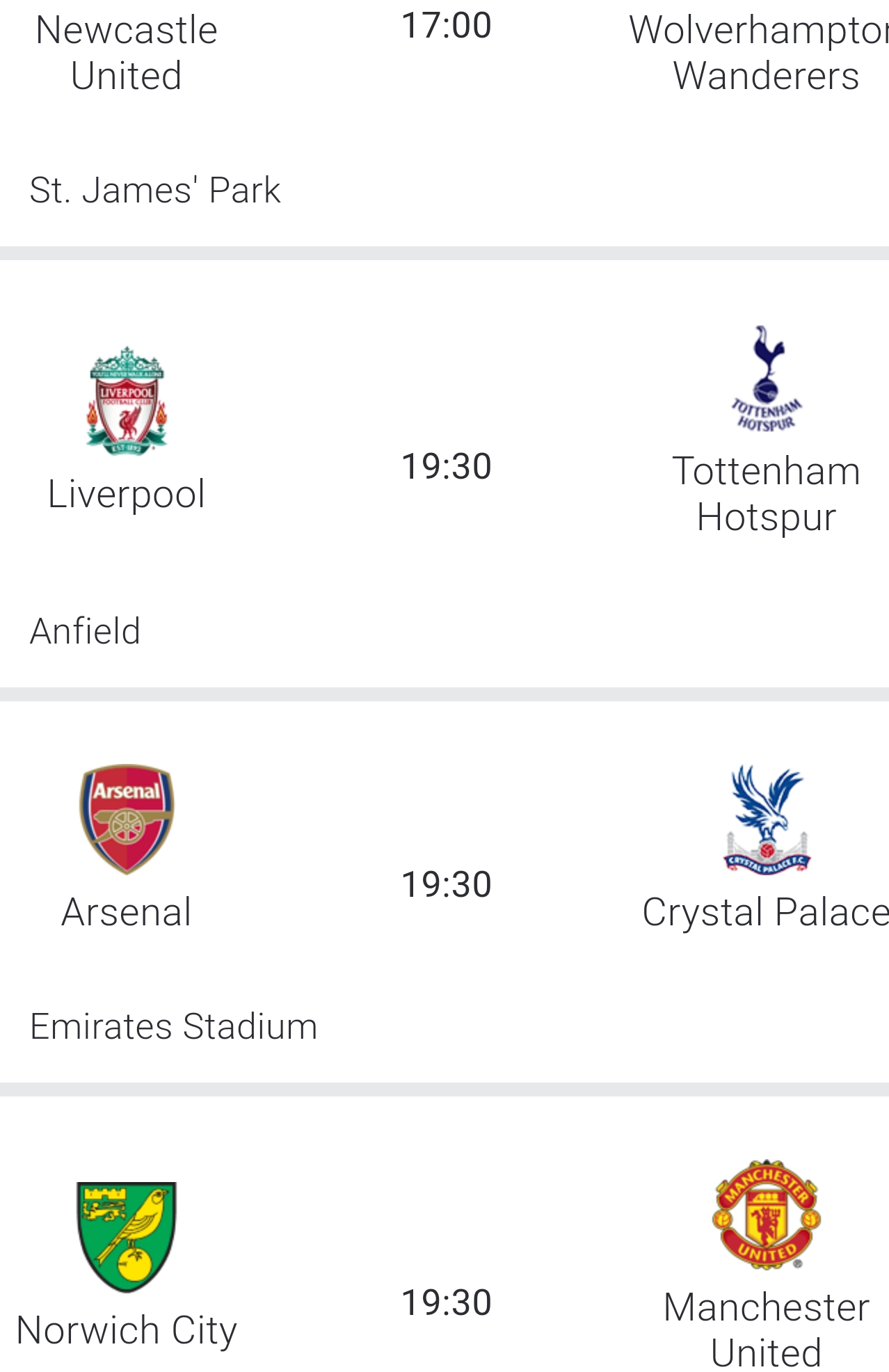 Wolves come into the game having defeated Newcastle 2-1 at St James’ Park last season, scoring the winner in stoppage time. The Magpies have failed to win this fixture at home in the past three attempts and have had a player sent off on the last two occasions.

Newcastle will be without forward Andy Carroll, who suffered a groin injury after coming on as a substitute against Chelsea last weekend. Defender Fabian Schar has been ruled out with a knee problem, while midfielder Isaac Hayden is suspended.

Wolves defender Ryan Bennett is nursing a groin injury that kept him out of Thursday’s Europa League win. Midfielder Ruben Neves could feature after a calf niggle, but Pedro Neto is out with a hamstring injury.

Unai Emery is set to bring back many of the players he rested for Thursday’s European win. Reiss Nelson is out with a knee injury, while Alexandre Lacazette returned from injury on Monday but also featured on Thursday so might be left out.

Palace’s 3-2 win at the Emirates in this fixture last season was their first at Arsenal since 1994. The Eagles have never won twice in a row against Arsenal. Arsenal have won 13 of the 20 Premier League meetings (D4, L3).

Arsenal are unbeaten at home in this season’s Premier League, winning three of their four matches at the Emirates. However, they have kept just one clean sheet in those games. They have six fewer points than at this stage last season. This is Arsenal’s 250th London derby. They have scored at least twice in each of their past 12 home derbies (W9, D2, L1). The Gunners haven’t lost a home league game in October since a defeat by Blackburn in 2002 (W25, D5).

Ben Godfrey is available for Norwich despite being substituted last weekend because of soreness after recent hernia surgery. The Canaries remain without Timm Klose, Mario Vrancic, Ralf Fahrmann, Grant Hanley and Christoph Zimmermann.

Manchester United have won six of their eight Premier League away games against Norwich, losing at Carrow Road in April 2005 and November 2012. None of the last 12 Premier League meetings have finished level, with Norwich winning three and losing nine since a 2-2 draw in December 1993.

United have gone eight top-flight away games without a win for the first time since a streak of 11 between February-September 1989. Ole Gunnar Solskjaer’s side have failed to score more than once in any of these eight matches. It’s their longest such run since an 11-match spell ended in May 1987. Manchester United’s tally of 10 points is their lowest after nine matches of a top-flight season since 1986-87. They have won only four of their 17 league fixtures since Solskjaer was confirmed as permanent manager. United could lose three top-flight games in a row against newly-promoted sides for the first time since November 1960. They need one goal to become the first team to score 2,000 in the Premier League. The eight points United have dropped from winning positions this season is the joint-most in the division, level with Aston Villa, prior to the latest round of matches.

Tottenham’s 4-1 win at Wembley in October 2017 is their solitary success in the past 15 meetings in all competitions (D4, L10). Liverpool have won the three most recent encounters.

If Liverpool win this match, they will equal the Premier League record of 28 points after the opening 10 fixtures. All three teams who hold that record (Chelsea in 2005-06, Manchester City in 2011-12 & 2017-18) went on to win the title that season. The Reds could fail to win consecutive league fixtures for only the second time this year. They are on club record runs of 11 home victories in a row and 44 successive matches unbeaten at Anfield. Liverpool’s last seven Premier League goals have been scored by seven different players. Mo Salah has scored six goals in his last eight starts against Spurs in all competitions, four for the Reds and one each for Basel and Fiorentina.

Tottenham have won only three of their past 12 Premier League games, keeping one clean sheet. Their tally of 12 points is their lowest after nine matches since Mauricio Pochettino’s first season as manager in 2014-15. Spurs won 11 of their opening 13 league away games last season but are winless in all subsequent 10 away league matches (D2, L8). They have used a joint Premier League-high 23 players so far this season. Harry Kane has been directly involved in seven goals in nine league appearances against Liverpool, scoring five and setting up two. However, he failed to score in both league games against the Reds last season. He is is one shy of moving joint-third alongside Martin Chivers (174) in Spurs’ all-time leading goalscorers in all competitions.

Liverpool’s Trent Alexander-Arnold is available after illness, while fellow full-back Andy Robertson has recovered from a knock sustained on Wednesday. Xherdan Shaqiri remains sidelined and Joel Matip could miss a third straight match because of a knee problem.

Tottenham have no fresh injury concerns. Hugo Lloris remains sidelined, but Ryan Sessegnon has overcome a hamstring problem and could be involved for the first time.