Man United will be without the duo of Paul Pogba and David De Gea who did not travel to Belgrad for Thursday’s game. Diogo Dalot, Luke Shaw, Nemanja Matic, Timothy Fosu-Mensah, Axel Tuanzebe and Eric Bailly are all missing due to injury. But Jesse Lingard is back with the squad and has made the trip, with Ethan Laird included for the first time, and U23 goalkeeper Matej Kovar also travelling to Serbia.

For Partizan, former Liverpool winger Lazar Markovic is unavailable due to injury, while midfielder Seydouba Soumah is also a doubt.

The only previous occasion FK Partizan and Manchester United have met was in the 1965-66 European Cup semi-finals. Partizan won the home leg 2-0 before losing 0-1 away to reach the final. This is Man Utd’s first meeting with Serbian opposition (including when part of Yugoslavia) since the 1991 European Super Cup, in which they beat Red Star Belgrade 1-0 thanks to a Brian McClair strike. Manchester United remain unbeaten in 13 Europa League matches since defeat away to Fenerbahce in November 2016 (W9 D4) – they have kept nine clean sheets in this run, never conceding more than once in a game. Partizan are unbeaten in 11 home games in European competition (W8 D3). Manchester United could fail to score in three consecutive away matches in major European competitions for the first time since a run of five matches ending in November 2005.

Unai Emery has a fully fit Arsenal squad to choose from as they look to extend their lead at the top of Group F. The only absentee is Reiss Nelson, who remains sidelined with a knee injury. Emery is expected to play more youngsters as he has done in the two Europa League fixtures so far.

It’s the opposite story for Vitoria, who are missing a few key players. Lucas Evangelista, Miguel Silva and Valeriy Bondarenko are all expected to be sidelined with Mubarak Wakaso and Andre Andre also out injured.

Arsenal are unbeaten in their last five home meetings with Portuguese opponents (W4 D1), scoring 17 goals and conceding none. Vitoria Guimaraes are facing Arsenal for the very first time, and are facing English opponents for the first time since the 2008-09 Uefa Cup first round, where they were eliminated by Portsmouth (2-4 on aggregate). Excluding qualifiers, Arsenal’s current six-game winning run at home is their longest in European competition since the Gunners won seven straight Champions League matches at Highbury between March 2001 and February 2002. Vitoria Guimaraes remain winless in their seven away matches in the Europa League (D2 L5). Indeed, excluding qualifiers, they last tasted victory in any European competition on the road back in September 2005 at Wisla Kraków in the UEFA Cup first round. Only Slovan Bratislava’s Andraz Sporar (4) has been directly involved in more goals in the Europa League this season than Arsenal’s Gabriel Martinelli, who scored twice and assisted on his European debut for the Gunners last time out.

The other games to be played 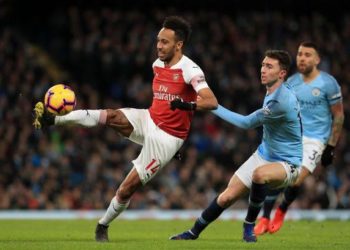 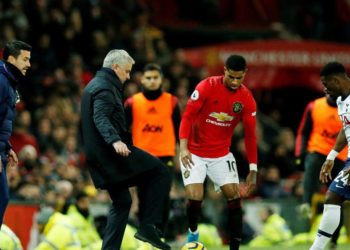