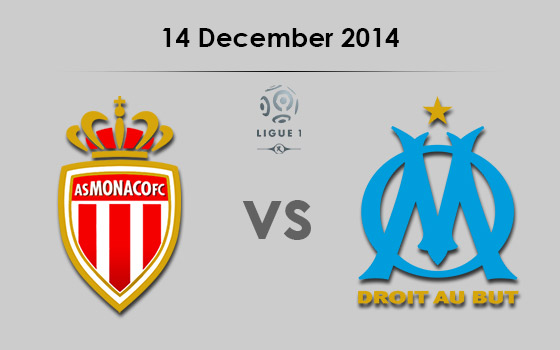 Just like last season, 2019/120 has seen Monaco make a poor start and relegation fears can already be heard from a distance at the Principality club.

Currently, they sit second from bottom and yet to win a game this season after four Ligue One rounds.

However, they seem to be improving by the day after drawing both of their last two games before the international break.

After not scoring in their first two games (both 3-0 defeats), Leandro Jardim’s men have gone on to score four in their last two and that will be a positive sign as they welcome Marseille to the Stade de Luis II, on Sunday night.

For Marseille, they come into the game on the back of two consecutive victories that have seen them gather seven points from their last three games.

Following a 2-0 home loss to Reims in their opening fixtures, Andre Villas-Boas’s side has gone on to draw 0-0 at Nantes and then defeat both Nice and Saint Etienne.

The international break was not so pleasant for them though as it left both Pietro Pellegri and Stephen Jovetic injured and possibly out of Sunday’s game.

This fixture has always produced thrilling games including the one that saw Marseille coming from behind to defeat Monaco 3-2 in the reverse fixture last season.

If their past meetings are to be the basis for Sunday’s clash, then we are in for one hell of a treat.

Monaco at home to Marseille may be the headline fixture for match-day 4 but the center of attraction will most definitely be in the French capital as PSG host Strasbourg on Saturday.

The Parisians will be welcoming back star-player Neymar Jr from a troubled summer that was highlighted by injury and his desire to push for a move away from Paris and join former club Barcelona.

With the deal falling-through in the last days of the transfer window, the Brazilian had no option but return to Parc de Princes and will most likely play his first game of the season on Saturday.

The sort of reception Neymar will get from his own fans is what the football fraternity is waiting to witness.

Away from Neymar and the whole reception thing, PSG will be hoping to win a third successive game this Ligue One season.

After losing 2-1 at Rennes on match-day two, Tomas Tuchel’s side have gone on to beat Toulouse and Metz in their past two fixtures and consequently climb onto the top of the standings.

The game at home to Strasbourg may seem straight-forward on paper but PSG will have to win it minus the likes of Kylian Mbappe, Edinson Cavani, Julian Draxler and Abdou Diallo who are all injured.

Strasbourg who have never beaten PSG away from home will be looking for a first victory of the season too after drawing three and lost one of their first four league games.

Their last trip to the capital saw them lose 2-0 with Cavani and Angel di Maria scoring the goals for PSG.

The Ligue One match-five four kicks off on Friday evening with last season’s runners up Lille hosting Angers SC at the Stade Pierre-Mauroy in Villeneuve d’Ascq.

After a wonderful 2018/19 season, Lille have started the current campaign slowly, winning only two of their first four games.

The wins over Saint Etienne and Nantes have both come at home while their fixtures away have all ended in defeats.

On Friday, Lille takes on an in-form Angers side which has won three of their first four games.

Stephane Maoulin’s side have already defeated Bordeaux, Metz and Dijon and a fourth victory in five games will indeed boost the hopes of European season for the Angers’ faithful regardless the time of the season.

However, the last time Angers visited Lille, they lost 5-0.

The other fixtures to look out for in Ligue One will be Lyon’s visit to Amiens, Nantes hosting Reims and Toulouse away to Saint Etienne.

All the Ligue One match-day five fixtures