Uganda’s Doreen Chesang came third in a 10KM women race after Magdelena Chrispin of Tanzania and Perine Nenkampi of Kenya.

Chesang who won in a period of 33:23.2 and Uganda’s park of 4,5 and 6 on the line made Uganda become the second ranked and making Chesang win silver Medal.

On the same event, UPDF’s Isaac Kibet won a bronze in men 10km race in a period of 28: 55.0 following Kibiwott Kande and Phenus Kipleting both of KDF.

The Vice Chief of Kenya Defence Forces Lt Gen Robert Kariuki Kibochi presided over the function and commended the professional standards all the sports women and men are demonstrating while participating in the ongoing EAC Military games portraying the good image of the EAC.

“Every one of you participating in these games is a winner because of the standards you have shown to us , that shows you are prepared enough to perform highly to win in one game or the other .Having the zeal, willingness and cooperation among the EAC family . To participate and complete the exercise shows winning spirit” said Lt Gen Kibochi.

While giving his remarks after the race of both men and women the Vice Chief of KDF congratulated the women champion Pte Magdalena Crispin of Tanzania who won a golden medal and her fellow winner of men race Kibiwott Kandie of Kenya for the excellent sportsmanship displayed and encouraged them to keep the standards high in the remaining games.

“I wish all the participants good luck and encourage them to play hard and perform in the same way in the International Military Sports Council – CISM in October this year for world competition.

The Ugandan silver winner Isaac Kibet while speaking to the media after his win said that the game was tough that required a lot of speed which he said made him strike hard for his country.

He said winning Bronze is not an easy achievement and he attributed it to the high standard of training and support by his country and also the good weather.

We shall withdraw them! Army warns govt officials on misuse of military escorts during campaigns 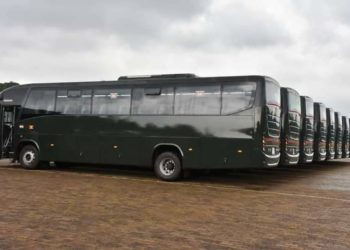 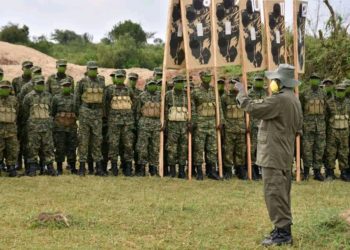