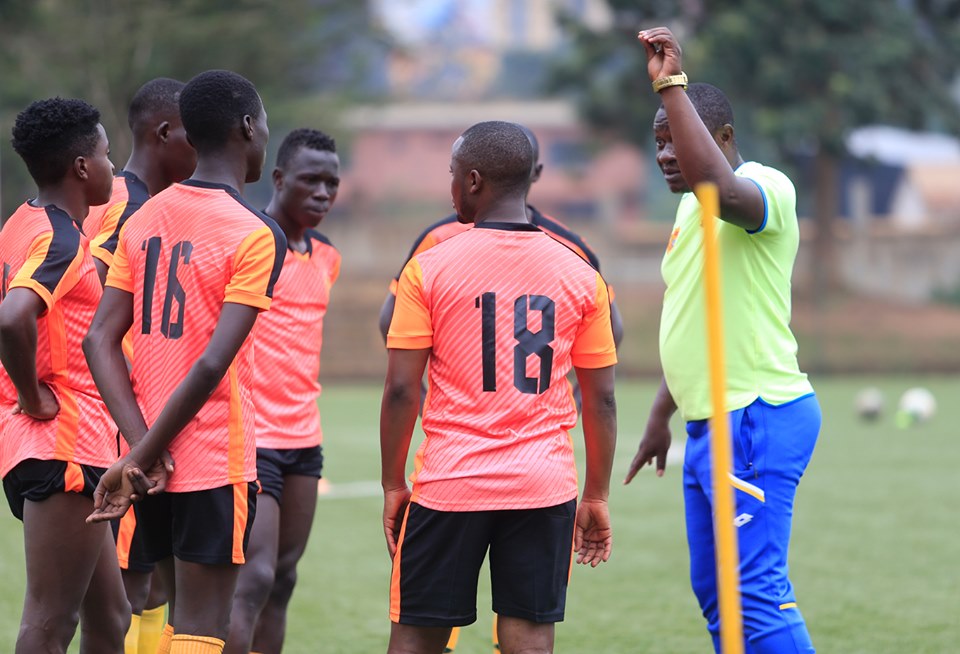 LUGOGO – KCCA FC will be attempting to overturn a first-leg deficit on Friday afternoon when they host African Stars in the return leg of their CAF Champions League preliminary round.

Despite taking a 1-0 lead in the game played in Windhoek on August 10th, KCCA lost 3-2 in the end and are now required to score at least once, if they are to progress to the next phase of qualifiers.

While speaking at the pre-match press conference, KCCA FC head coach Mike Mutebi noted that it will be ‘failure’ if his side fails to reach the group stages.

“It will be taken as a failure if we fail to reach the group stages of the champions league because we have reached such standards.”

KCCA FC have indeed set the bar high that they will be favourites to take care of African Stars and then negotiate their way into the lucrative group stages.

The last time Mutebi’s side was in the Champions League, they reached the group stages, eventually finishing third in group A which consisted of Al Ahly, Esperance and African Stars.

Despite holding the favourites tag in the contest, the Kasasiros will be without three key players from their previous continental campaigns. The trio of Timothy Awany, Allan Kyambadde and Patrick Kaddu have all departed the club in the current offseason.

Asked about the departures and if KCCA FC will miss them for the game, Mutebi was quick to suggest that he has the players to fill their (Awany, Kyambadde and Kaddu) void.

“Our target is to reach the group stages which will in turn help in nurturing our boys like it was the case for those three.

“We currently have 28 players who are ready to compete so I am not worried about the departures.

“I am optimistic that the players that I have will do the job despite their age.

It should also be noted that KCCA FC have made three major signings ahead of the current season.

The Kasasiros signed John Revita, Simon Sserunkuma and John Revita, three players who can be viewed as replacements for Awanyi, Kyambadde and Kaddu.

However, all eyes will be on Allan Okello as the team seeks to avoid last season’s humiliating exit at the hands of Otoho. Mutebi’s side was eliminated by the Congolese outfit in the 1st round of the Confederations cup.

Okello has been in scintillating form of late and he scored two of KCCA’s three goals in their 3-1 win over Onduparaka FC in the Pilsner Super 8 last Friday.

The 20-year old who was also present at Thursday’s press conference assured the media that he and his mates will do all they can to ensure KCCA FC reach the next stage.

“Me as I player, always give my best for the team, noted Okello.

“We are currently not under any sort of pressure and tomorrow (Friday), we will go all out and try to win the contest.

“We very much know we have to be at our absolute best to win the contest.

About African Stars, Okello had this to say;

“African Stars are a good team with good players and we will respect them but we know we are going to try and defeat them.”

The winner between KCCA FC and African Stars will take on either Lesotho’s Matlama and Angola’s Petro de Luanda.